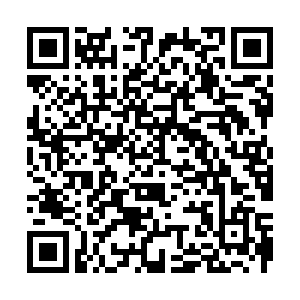 In the upcoming week, China will celebrate the 50th anniversary of the restoration of its lawful seat in the United Nations (UN), Brunei will host the 38th and 39th ASEAN summits, G20 summit will kick off in Italy and Japan will hold a general election.

Chinese President Xi Jinping will attend a commemorative meeting marking the 50th anniversary of the restoration of the People's Republic of China's lawful seat in the UN on Monday, when he will deliver an important speech at the event, Foreign Ministry spokesperson Hua Chunying announced on Friday.

On October 25, 1971, at its 26th session, the UN General Assembly adopted Resolution 2758 with an overwhelming majority. It decided to restore all lawful rights of the People's Republic of China in the UN and recognize the representatives of its government as the only legitimate UN representatives of China.

Over the past 50 years, China has greatly enhanced its cooperation with the UN and made notable achievements.

Brunei is set to host the 38th and 39th ASEAN summits and related summits in virtual meetings via a series of video conferences, amid concerns over the unsettled COVID-19 pandemic situation across the region.

Brunei Sultan Hassanal Bolkiah will chair all 11 ASEAN summits from October 26-28, according to a press statement from the prime minister's office.

The ASEAN Summit – which carries the theme, "We Care, We Prepare, We Prosper" – is expected to discuss a number of agendas such as further strengthening the resilience of the ASEAN community towards regional recovery from the COVID-19 pandemic; enhancing the preparedness of ASEAN in addressing common challenges; seizing new opportunities in pursuit of shared prosperity; and maintaining cooperation towards achieving the region's long-term goals.

Key election issues will be revitalizing the economy and the handling of the coronavirus pandemic.

Kishida has promised he will spread the benefits of economic growth more widely, seeking to blunt criticisms of former prime minister Shinzo Abe's economic plan, while prioritizing the handling of the coronavirus response.

The opposition has criticized the ruling coalition for failing to improve the livelihoods of people and protect them from the pandemic.

The formal G20 leaders summit will take place in Rome on October 30-31, which is due to focus on climate change, global economic recovery, tackling malnutrition and the COVID-19 pandemic.

Monday: China hosts a commemorative meeting marking the 50th anniversary of the restoration of the People's Republic of China's lawful seat in the UN; NATO Secretary General Jens Stoltenberg visits Sweden and Finland.