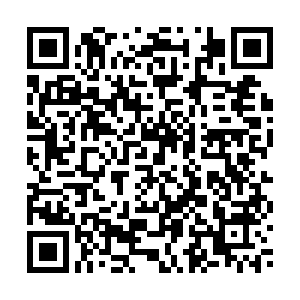 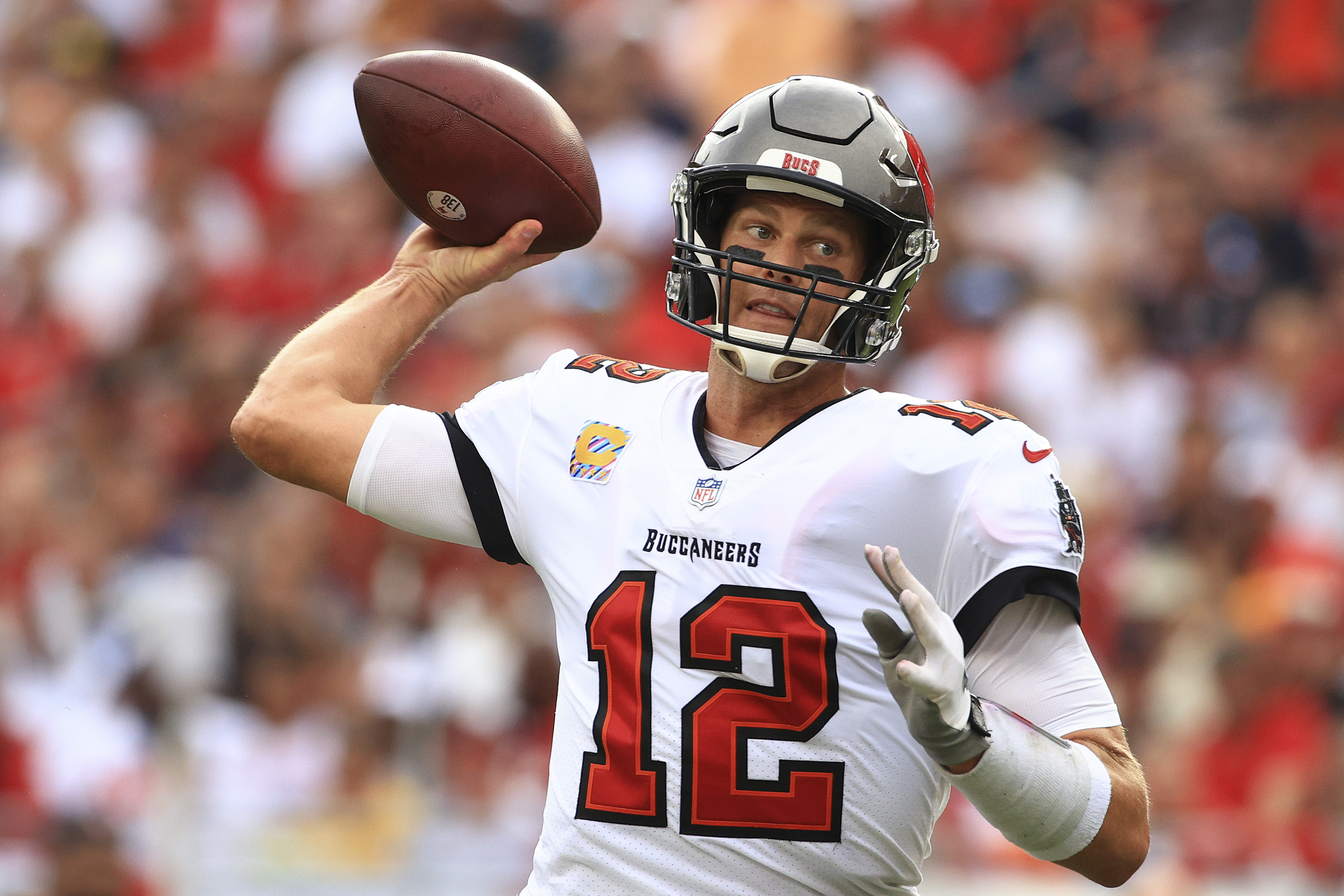 Quarterback Tom Brady of the Tampa Bay Buccaneers passes in the game against the Chicago Bears at Raymond James Stadium in Tampa, Florida, U.S., October 24, 2021. /CFP

Quarterback Tom Brady of the Tampa Bay Buccaneers passes in the game against the Chicago Bears at Raymond James Stadium in Tampa, Florida, U.S., October 24, 2021. /CFP

The Tampa Bay Buccaneers claimed a big win of 38-3 over the Chicago Bears at Raymond James Stadium on Sunday. The home team's quarterback (QB) Tom Brady became the first in the NFL history to get 600 pass touchdowns (TDs).

The Bucs only allowed three points by the Bears. Brady connected with wide receiver Mike Evans for a 9-yard TD in the last 10 seconds of the first quarter, reaching the unprecedented milestone of his career.

"I just think of all the guys that are sharing it with me. That's the reality. There's nothing about this sport that you do by yourself. It's the ultimate team sport. It challenges you physically, mentally, emotionally, every week, every day at practice – this is not a sport you can just mail it in," said the 44-year-old veteran who went 20-36 to pass for 211 yards and four TDs.

Evans, who seemingly failed to realize this was Brady's record breaking moment, threw the football to the crowd. Fortunately, a team official of the Bucs managed to get it back and gave the fan who had it a different ball, according to ESPN. 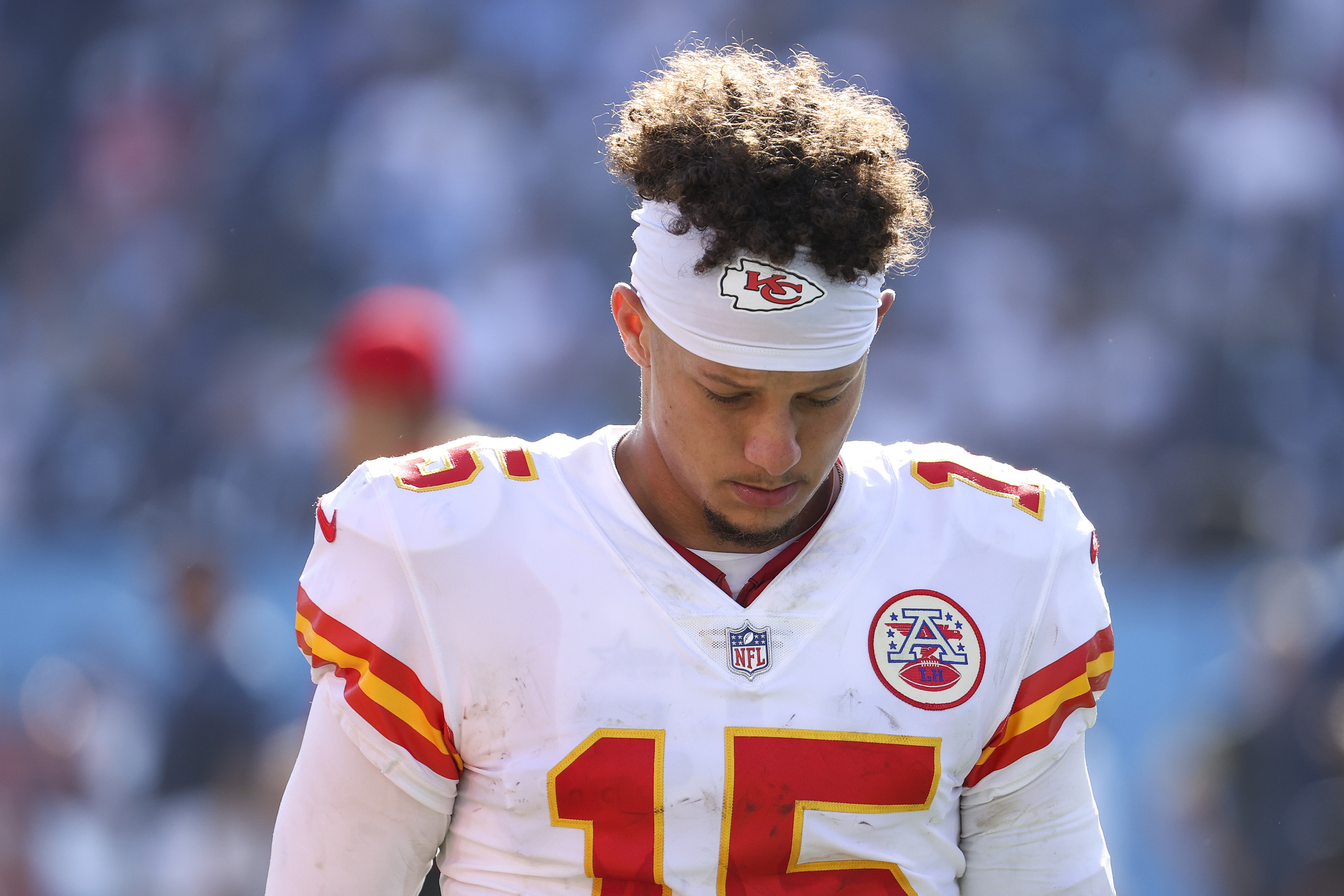 Quarterback Patrick Mahomes looks on after the 27-3 loss against the Tennessee Titans at Nissan Stadium in Nashville, Tennessee, U.S., October 24, 2021. /CFP

Quarterback Patrick Mahomes looks on after the 27-3 loss against the Tennessee Titans at Nissan Stadium in Nashville, Tennessee, U.S., October 24, 2021. /CFP

The Kansas City Chiefs suffered their fourth loss of seven games after they were walked over by the Tennessee Titans 27-3 at Nissan Stadium on Sunday.

The Titans scored in all of their first five possessions and led 27-0 in the first half. Ryan Tannehill passed for 270 yards and had tow TDs, one via passing, the other from rushing. Their defensive line sacked Patrick Mahomes four times and intercepted one of his passes.

This was the first time for the Chiefs to get only three points since Mahomes joined in 2017. The only good news for them was that he did not suffer concussion when he was taken down in the second half. 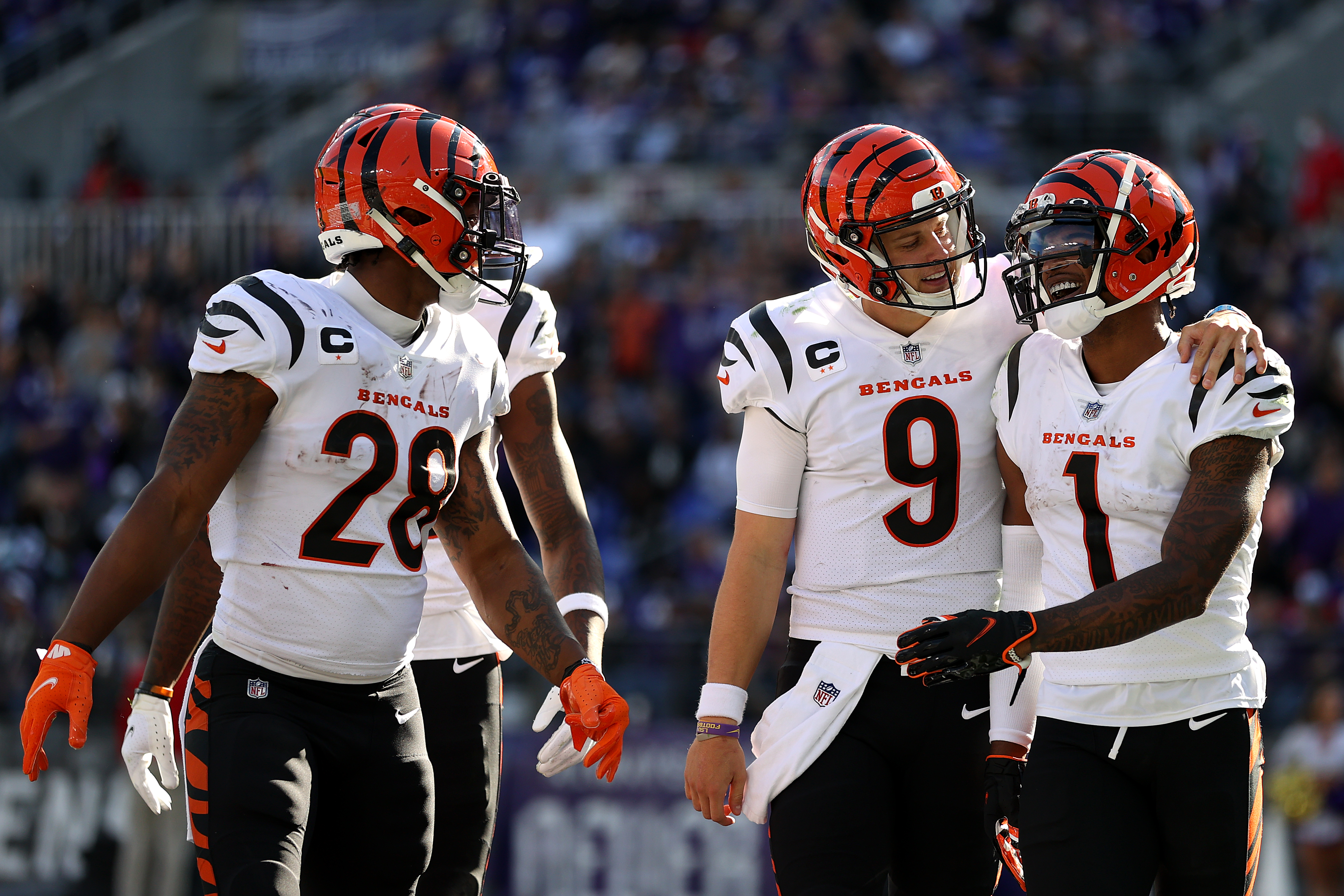 The Cincinnati Bengals claimed their first win over the Baltimore Ravens in three years after the pair of Joe Burrow and Ja'Marr Chase led their team to a 41-17 win at M&T Bank Stadium on Sunday.

Burrow completed 23 of 28 passes for 416 yards and three TDs. He was connected with Chase eight times for 201 yards and one TD. "We've just got tough, resilient guys that don't back down under pressure. "(Baltimore) puts the most pressure on you of any team that I've played in the league. We really responded today," said Burrow after the game.

The Ravens, by contrast, were a big disappointment both offensively and defensively. Lamar Jackson was sacked five times. He went 15-31 in passing for 2,657 yards but only led to one TD. 41 was the most points allowed by the Ravens since 2013. So far, they are one the only three teams in the league that watched three of their opponents' QBs pass for over 400 yards.

Other games on Sunday (away teams come first):