Download
Tides of Change: A tour of Shanhai Pass
By Lu Sirui 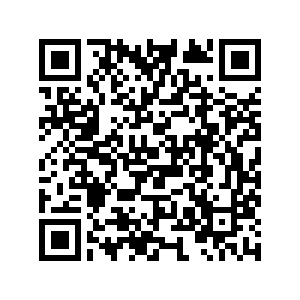 People's general impression of the Great Wall would be a gray-colored belt winding through the mountains.

But at the Shanhai Pass in north China's Hebei Province, the Great Wall juts right into the ocean, like the head of a giant Chinese dragon. In fact, this is why the spot is nicknamed "Old Dragon's Head."

This part of the Great Wall was built during the Ming Dynasty (1368-1644) as part of a strategic defense infrastructure to protect the widest corridor between China and its strongest rival neighbors, the Manchu in the north. It was also the most important part of this section of the Great Wall.

Ever since it was built, maintenance of the fortress has become part of local people's lives. Experts say the most difficult part of the job is protecting it against erosion from the Bohai Sea.

"We pay more attention to the details, like repairing the bricks on the surface, enhancing its inner structure and removing plants," said Guo Ying, deputy director of the culture and tourism department of the Shanhai Pass.

About a 20-minute drive away from the Shanhai Pass, a group of people living in Beiyingzi Village have been protecting the Great Wall for generations. Some 80 percent of the population in Beiyingzi is of the Man ethnic group, descendants of the Manchu.

Villager Cai Yuming said his family's banner is "bordered yellow." In Manchurian culture, the "banner" is the name of its army. Two banners, the "yellow banner" and "bordered yellow banner," were controlled by the emperor directly, and were considered to be closest to the top power; the other six banners were controlled by the emperor's relatives.

With its special status, the village was historically too royal for common people to visit at will. Nowadays, the banner system has gone for good. People here still take the responsibility to protect the Great Wall.