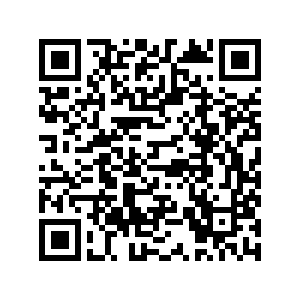 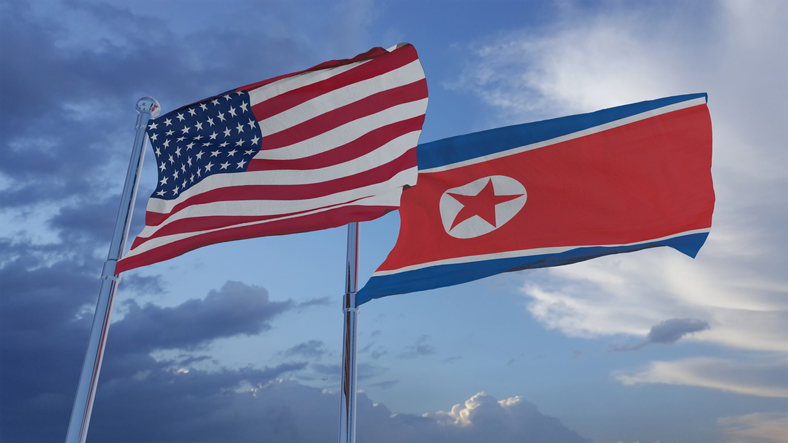 The flags of the U.S. and DPRK. /Getty

The flags of the U.S. and DPRK. /Getty

According to Western media, the Democratic People's Republic of Korea (DPRK) leader Kim Jong Un tests every new U.S. president with a new nuclear provocation within a few weeks or months after inauguration, continuing the alleged tradition of sacrificing the interests and living standards of the country's "own people" to pursue the prestige project of nuclear weapons. This time, we are told, Kim may have left it a little late, but he did not disappoint. Last month, he tested a long-range cruise missile capable of reaching Japan and the Republic of Korea (ROK).

The problem with this narrative is that it is too cyclical, too focused on nuclear weapons and their delivery systems and too self-serving.

Alone among the lesser nuclear powers, the DPRK is still formally at war with the U.S., given the Korean War was never formally ended. Alert to this, the Obama administration warned its successor, the Trump administration, to make the DPRK its top security priority.

Donald Trump may have ignored Barack Obama's warning, but the DPRK's missile test in 2017 changed Trump's mind and moved him from exchanges of insults between "Rocket Man" and the "senile dotard" to arguably the most hopeful but also most bizarre summit ever. Until that year, the DPRK's delivery capacities were limited to targeting Japan.

That year, however, saw the testing of increasingly longer-range delivery systems. The Hwasong-12 missile was reportedly capable of reaching 4,500km, enough to strike U.S. military bases in Guam, the Hwasong-14 was said could reach targets 8,000 and even 10,000 km in certain circumstances, enough to reach New York, and the Hwasong-15 had a range of 13,000 km, effectively all of the continental United States.

Trump is said to have squandered the potential of these summits and the U.S.' last change to contain the threat from the DPRK by his top down "leader-to-leader" approach. It overrode the hard work of lesser officials who alone can make effective agreements. 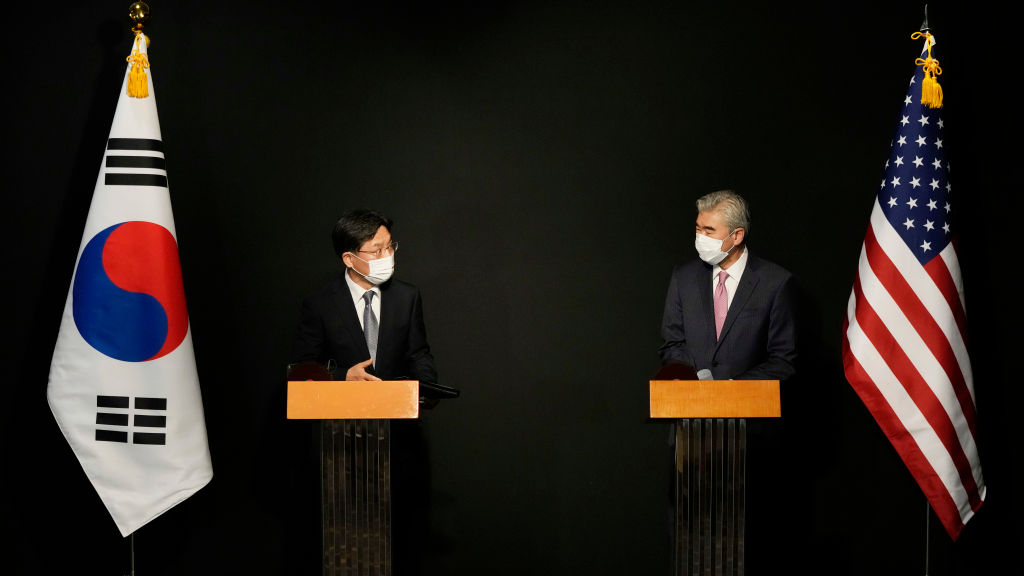 In reality, however, Trump could hardly understand what far more cerebral U.S. presidents could not: that the U.S. is incapable of granting what the DPRK really wants from the U.S. – an end to hostilities and the denuclearization of the entire Korean peninsula. The latter would include the retraction of the U.S. nuclear umbrella over the ROK, without which the unification of the country would be impossible.

Barring a practically Damascene conversion, or more realistically perhaps, a socialist revolution, the U.S. is constitutionally – we refer here to its historic, not legal, constitution – incapable of granting this. Its history of expansionism militates against it.

This expansionism created the country through the genocide of the Indigenous people of the land and then, having to deal with a reality of a world of other empires, communism and nationalism, sought to open up other economies to penetration of its capitalists and corporations by other means. What such a U.S. means by the denuclearization of DPRK is simply that the DPRK gives up its capacity to resist U.S. demands.

However, the DPRK knows what the U.S. really demands under the frilly talk of democracy and human rights more surely than practically any other country on earth. The U.S. Air Force saturation bombed Korea, mostly the DPRK, during the Korean War with 635,000 tons of bombs, over 10 percent of the total dropped in the World War II Pacific theater, and 32,557 tons of napalm.

It more than decimated the DPRK population, destroyed about 85 percent of its buildings, and, having run out of targets, attacked dams that irrigated the country's farmland. During that horrific three-year war, entire factories were moved underground.

As historian Charles Armstrong put it, "The DPRK government never forgot the lesson of DPRK's vulnerability to American air attack, and for half a century after the Armistice continued to strengthen anti-aircraft defenses, build underground installations, and eventually develop nuclear weapons to ensure that DPRK would not find itself in such a position again."

Without doubt, last month's cruise missile test added to the already great concern in Washington, Seoul and Tokyo. However, U.S. options are narrower than ever.

Washington's new Cold War against China prevents any meaningful cooperation. U.S. sanctions have lost their effectiveness. The proliferating number of the U.S. victims and rivals are open to helping the DPRK. Even the growing number of disgruntled allies might consider turning a blind eye to their violation. No wonder President Joe Biden does not know what to do.