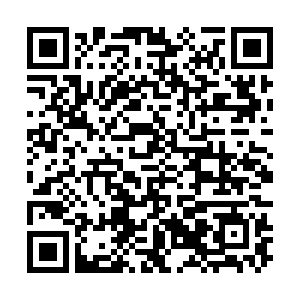 In 1908, "Tianjin Youth" magazine raised a question: "When could China host an Olympic Games?" As the 100-day countdown begins for the Beijing 2022 Winter Olympic Games, the century-old Olympics dream is set to be realized once more.

The emblem of the Beijing 2022 Olympic Winter Games is titled "Winter Dream," which heralds the realization of China's Winter Olympic Dream: to encourage more Chinese people to take part in winter sports, build China into a sporting power, and promote winter sports and the Olympic movement around the world.

A keen sports fan himself, Chinese President Xi Jinping has on many occasions expounded on his understanding of sports and taken the lead in China's efforts to turn the country into a sports powerhouse, a goal he described as part of the Chinese Dream of national rejuvenation. 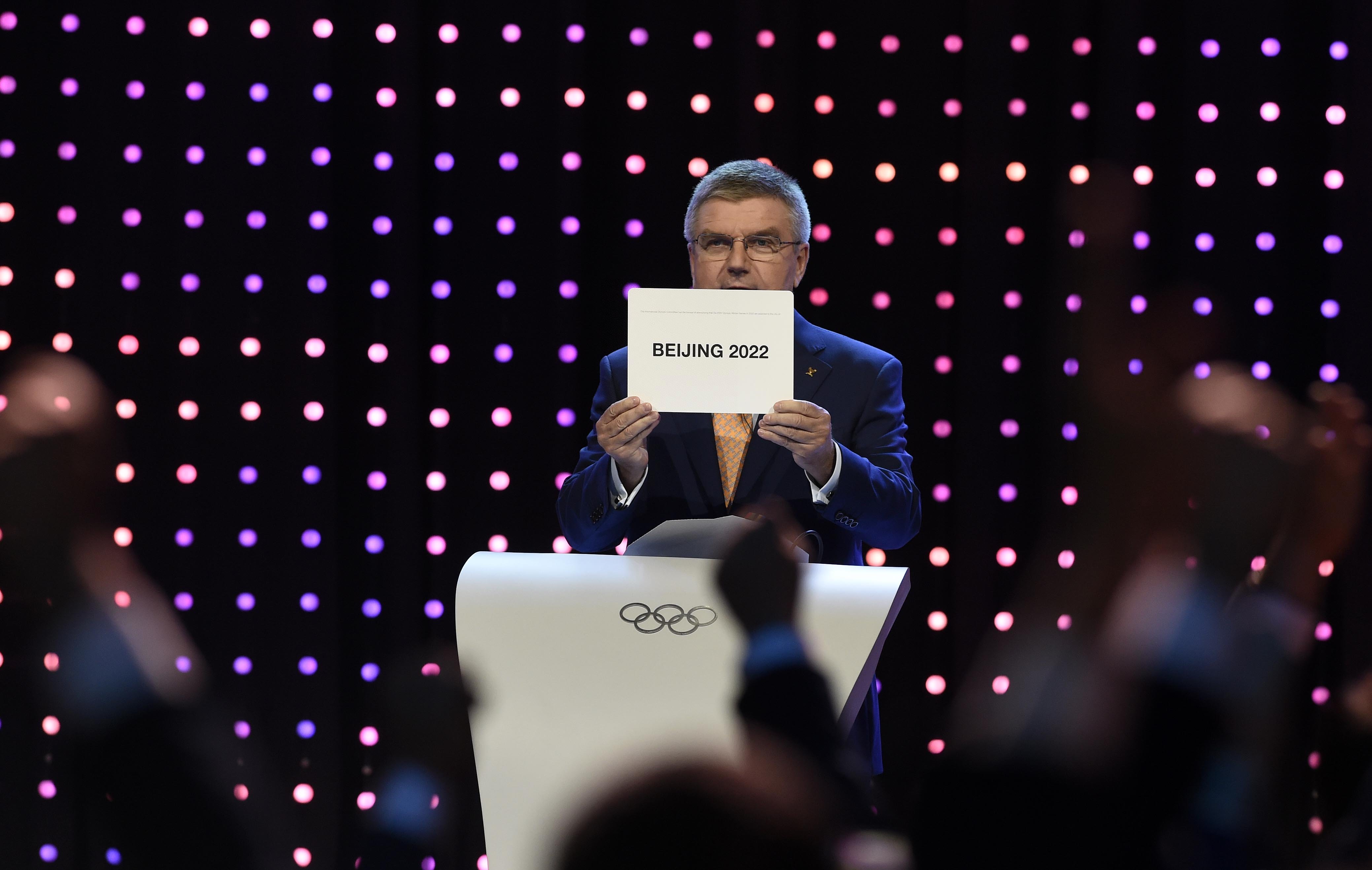 "Beijing!" The city's name was read out for a historic second time as the host city of an Olympic Games on July 31, 2015, making the Chinese capital the first city in the world to host both the Summer and Winter Olympic Games.

From bidding to preparing for the Winter Olympics, President Xi has been playing a leading role.

Hours before the International Olympic Committee (IOC) members cast their votes, Xi delivered his speech on television saying, "The 2022 Olympic Winter Games, if held in China, will boost exchanges and mutual understanding between the Chinese and other civilizations of the world, encourage more than 1.3 billion Chinese to engage in winter sports with interest and passion, and give them yet another opportunity to help advance the Olympic movement and promote the Olympic spirit."

The Chinese president has inspected the preparations of the Beijing 2022 Olympic and Paralympic Winter Games in Beijing and Zhangjiakou in northern Hebei Province for several times, reiterating the importance of delivering a "fantastic, extraordinary and excellent" Olympics in 2022 with a "green, inclusive, open and clean" approach.

From inspiring a whole generation of winter sports enthusiasts to building an environmentally friendly and sustainable Games, China is delivering on its bid promises. 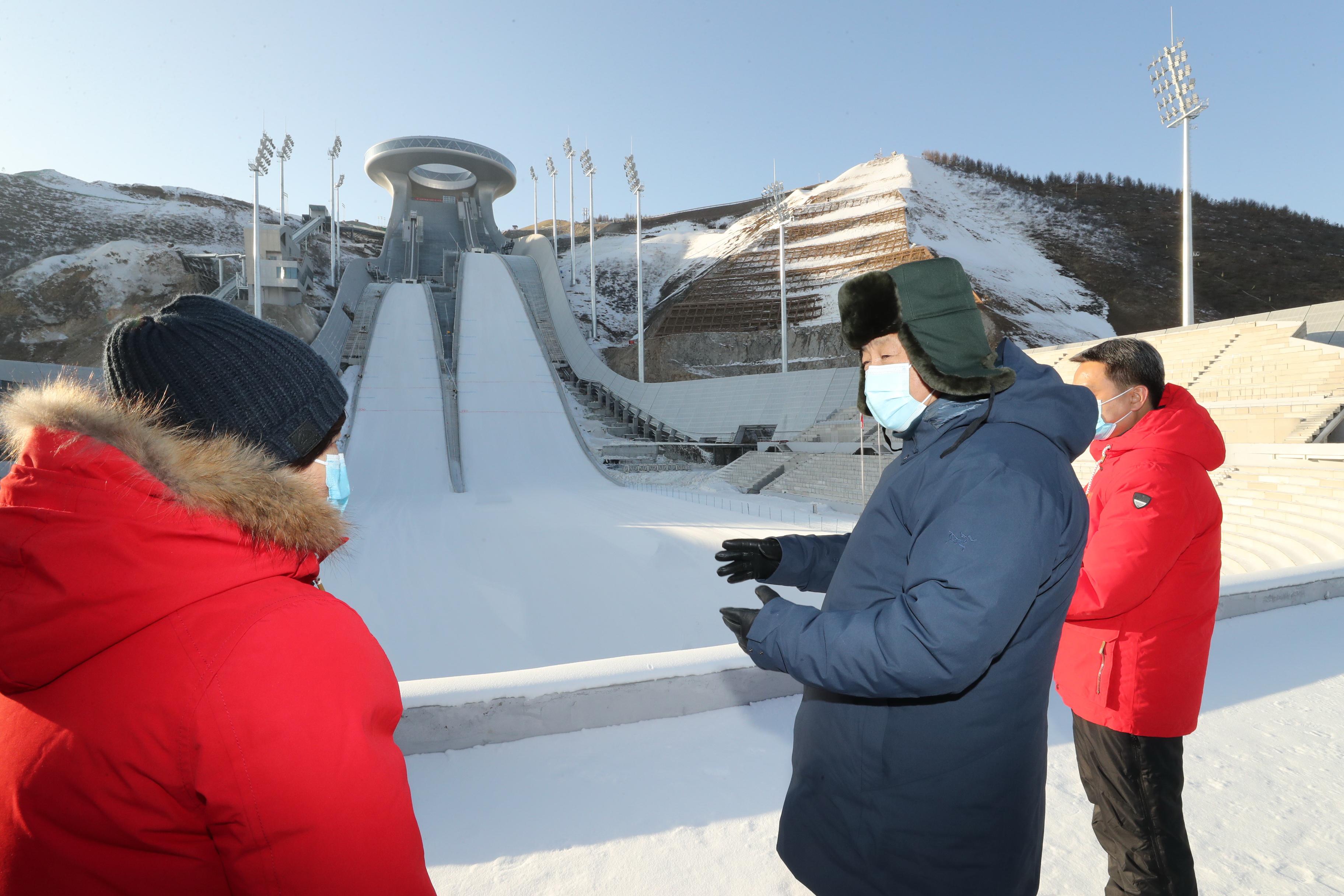 The 2022 Games will be the first in the history of Olympics to adopt carbon dioxide trans-critical direct cooling technology to make ice, saving more than 40 percent of the energy consumed using the traditional method.

It is just one of the 119 specific measures, under 12 actions, specified in the Sustainability Plan.

During an inspection tour, Xi said the 2022 Winter Olympics will serve as a driving force for coordinated development of Beijing, Tianjin and Hebei Province.

This promise is in line with the IOC's Olympic Agenda 2020, which aims to make the Olympic Games fit into the long-term development plan of a city and region.

Chongli was once an extremely poor county in Zhangjiakou with limited agricultural income. In 2015, 16.8 percent of the 100,000 residents in this county were classed as living below China's national poverty line.

But this mountainous town, where most of the 2022 Winter Olympics' snow events will be staged, has been transformed into a skier's paradise. In 2019, the New York Times named Chongli as one of the 52 ski destinations worth visiting.

In May 2019, the county was officially lifted out of poverty. Nearly 30,000 of Chongli's 126,000 population are employed by ski resorts or related companies and organizations.

"The Games represent a formidable asset to accelerate some long-term developments. This is what has been done for Beijing 2022, and we've learned a lot," said Olympic Games Executive Director Christophe Dubi. 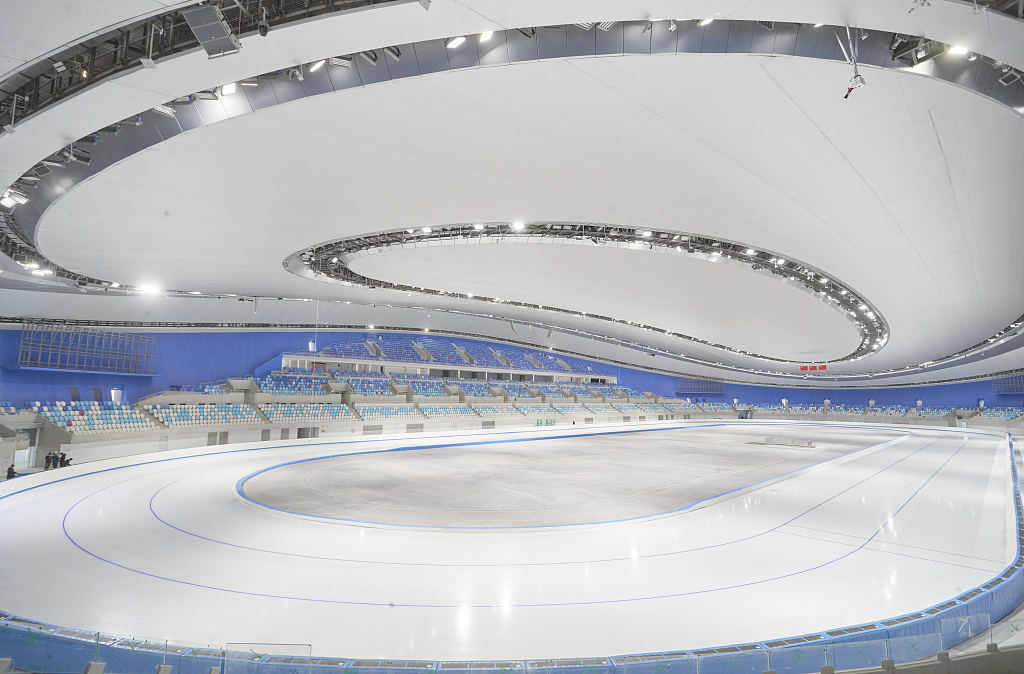 "Sports is an important means for improving people's health, meeting people's aspirations for a better life and facilitating well-rounded human development," said Xi. It explains why the Chinese president is eager to turn the country into a sports powerhouse.

Xi has urged the country to take the preparation for the Beijing Winter Olympics as an opportunity to promote the popularization and development of ice and snow sports. The vision is now turning into reality.

Winter sports in China were once considered a foreign and expensive pastime, but thanks to Xi's drive of getting 300 million people involved in winter sports by 2025, an increasing number of people are now taking to ice rinks and ski slopes.

Five years ago, there were only 460 ski resorts in China. To make skiing more accessible to the public, the country expedited the construction of facilities and the figure had jumped to 770 by the end of 2019.

Some 2,000 primary and secondary schools across the nation had included winter sports in their curriculum by the end of 2020.

These measures for promoting mass sports are an excellent manifestation of Xi's remarks: "The foundation of building a sporting powerhouse lies in mass sports."

"President Xi is a true champion and I want to give him a set of medals because he has a clear vision about the important role of sports in society, and the importance of sports for education for the young people," IOC President Thomas Bach commented in an interview.