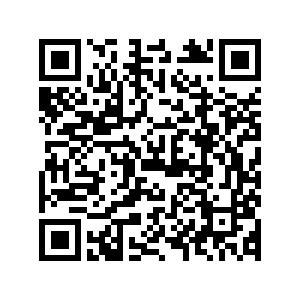 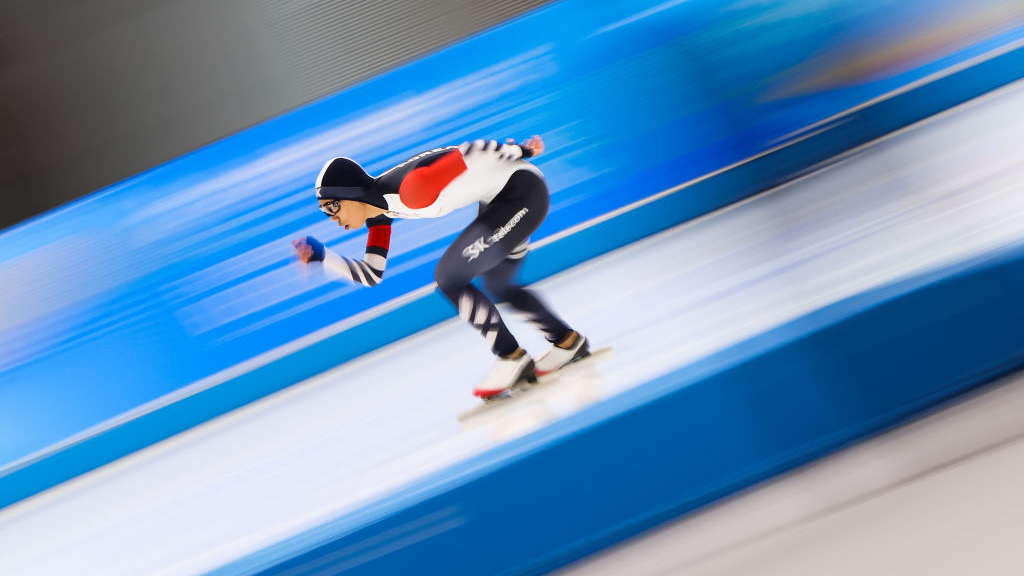 Editor's note: Paul Dong is a co-founder of Ei Asia Limited. The article reflects the author's opinions and not necessarily those of CGTN.

Books, printed and digital, have and are still piling up on the Chinese capital's city proper, a suburban district and a neighboring city, in the run up to February 2022 when the Olympic winter games coincide with the Spring Festival holiday. Reading them takes painstaking attention in devout attitude.

Shortly after the veteran basketball player and reporter "Big" Xu Jicheng landed a new job on the Beijing Organizing Committee for the Games of the XXIX Olympiad (BOCOG) for summer 2008, he alerted me, more seriously than jokingly, that the Olympics would be a completely different monster for its organizers than the wildest imagination from outside, even for a veteran sports journalist. "From the charter to all the operational literature, it's more than a set of biblical books for us to digest and put into action."

"Winter is coming," yes, in just 100 days from the opening of Beijing 2022, a combo of Olympic and Paralympic winter games, and Xu, in his early 60s, is back on a new organizing committee, inheriting what has been imprinted on his memories and taking in new details of the extended set of handbooks.

The Chinese are modern-time learners, humbly diligent in fear of being mocked by natural inheritors of the world's sweeping inventions including Olympic sports, summer and winter. China once offered to add Wushu, its own style of martial-arts, but feels quite alright to keep waiting. Hundreds of millions from an ancient civilization determined to learn and practice what the Olympic books dictate is incredibly amazing. The International Olympic Committee (IOC) and International Paralympic Committee (IPC) must be aware of this more than anyone else.

When veteran table tennis player Deng Yaping, tears in her eyes, was lobbying for her Tsinghua alumni to consider participating rules-changing for the Olympics as the table tennis legend was still on the IOC's Athletes' Committee, the big crowd in the auditorium was quiet. Even the country's elites remained little prepared to fancy revising the games, not even set conditions to them as of today.

If fact, when the country's leadership promised to motivate 300 million civilians to practice some winter sports regularly, it translated into a covenant that the Chinese are ready to stick to the Olympics rules for the coming decades. Once such a gargantuan project kicks off, you prefer all the game rules to stay unchanged than going wayward.

The balance sheet versus yield to maturity

It's absolutely legitimate to question the financial status of an Olympic host city or the various venues' post-games actual use and financial performance. Even at a time when the scale and scope are tightly capped, from Pyeongchang to Beijing and Tokyo to Paris, no one decided to delve into the rings venture cashing out just months after the closing ceremony.

With a perpetuity mindset, Beijing 2022 has a much bigger domestic objective and longer duration toward maturity. Once made up mind to bid for them, the metropolitan people and other stakeholders are already aware of what it would mean financially if they really win it. You spend and work to put the mega-event together, and then pretty much build on the left-over for a much more grand, ambitious and time-enduring cause for your own community.

Beijing has this firmly on its mind. The motive behind hosting 2022 is way different from that for 2008. A much busier China back in the century's beginning had to free up its own tight schedule of a running-away economic boom for something fresh, entertaining and honorary. But next year's winter edition would ideally serve a much more down-to-earth objective, use the Olympic know-how, experience and expertise to kick off and boost a life-changing industry, with more related and peripheral businesses created and stabilized, jobs created, public health improved, and the disabled and impaired more comprehensively motivated and empowered. 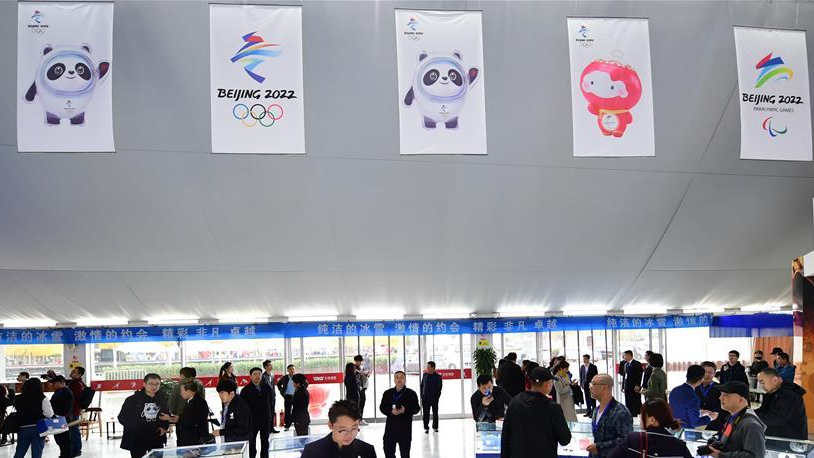 Customers visit a newly opened store of licensed products for the 2022 Beijing Winter Olympic and Paralympic Games at the Olympic Tower in Beijing, capital of China, November 2, 2019. /Xinhua

Customers visit a newly opened store of licensed products for the 2022 Beijing Winter Olympic and Paralympic Games at the Olympic Tower in Beijing, capital of China, November 2, 2019. /Xinhua

The envisioned sports economy, an all-season eco-system accommodating 300+ million skaters and skiers, will be combined with even more practicing summer activities over the upcoming decades. It far exceeds any accounting criteria.

Of course, even half of the demographic target would be exceeding the current world total and enough to rock the boat of global winter sports. But before that happens, and after the Olympics, import of advanced foreign expertise would be high by the starving Chinese consumer market.

So, given the overwhelming weight of domestic considerations, the win-win partnership with the Olympic and Paralympic families is more about the safe and smooth delivery of hosting responsibilities, if not sacrifices, rather than the so-called "reward" for "national pride" or "international showcase of power" which the fast growing Chinese middle-class couldn't care less as vanity now.

Wait a minute. What if a grand China winter sports story indeed unveils by the mid-21st-century? Will infrastructure, equipment and professional operations be significantly less expensive and more accessible to people? We'll see.

Official countermeasures didn't surface as early as six months prior to the early February's opening. It's a joint call by both Beijing and the IOC-IPC. Now the first copies are out with the 100-day countdown, just in time for all participants to pack things up accordingly.

"Closed-loop management," or "bubble" as called elsewhere in the world, should follow similar logic and protocols, with every detail observed. Beijing may have more reasons than Tokyo to feel relaxed based on the average infection level over the past months.

But the Chinese capital, already known to be highly alerted, has invited Tokyo experts to share their summer games experience amid a recent surge of Delta-variant COVID-19 cases among several communities.

Generally speaking, the immediate allowance of vaccinated participants, from athletes to officials, is already a big sigh of relief, however widely anticipated among most stakeholders. Exclusion of overseas spectators didn't come as a surprise. Now the primary challenge, as we are about to read the playbooks, lies in the massive organization of the local staff, tens of thousands of them including volunteers.

How much room is allowed for them to commute between the closed-loop and the open community? Are there any real-life drills for rehearsing reactive approaches in case of an outbreak inside the loop, when multiple languages are involved and during the Paralympics? Knock on wood.

"Unanimously positive" was the a little surprising feedback on hard and soft aspects of Beijing from international athletes participating in some skiing test events in early October, as collected and announced by the IOC. If such initial comments don't relieve the pressure on the 2022 organizers who are extremely nervous having missed many test opportunities over the previous winter due to COVID-19 pandemic disruption, they do serve as encouragement for "Big" Xu and his colleagues.

However, more foreign athletes will have to miss or skip the tests before arriving for the real finale. Though in significantly smaller numbers, they would rely on the COVID-19 playbooks, National Olympic Committee (NOC)'s advice and instructions from the international federation governing their respective sport, but their anxieties wouldn't go until they feel at home upon seeing smiles on the ground and specifically all the signage, pamphlets, mobile apps orienting their lodging, transport, on-spot warm-up and mixed-zone navigation among other inevitable movements all inside the "loop."

When IOC President Thomas Bach expressed concern over French athletes' below-expectation performance in Tokyo, three years before the Games land in Paris, China definitely feels similar pressure for the home athletes in 2022. Having barely clinching one single gold from short-track speed skating at Pyeongchang 2018, the Chinese contingent has yet to name any medal target other than fielding at least one participant in each sport. There are seven sports in 15 disciplines and 109 medal events on offer in February.

Domestic crowds now can be a key factor in boosting China's chances for a medal. They will of course dominate the spectators' stands but also shoulder some responsibilities to cheer for all competitors, especially when no Chinese is in real podium contention.

As for China's bigger game which targets an enormous domestic winter sports system in the post-Olympic decades, knowledge-building on site, on TV or online during the performances of the world's best can be extremely important. The fan base for the targeted economy involves several hundred million consumers, combines all sports, winter and summer, and is worth $700 billion as of 2025.