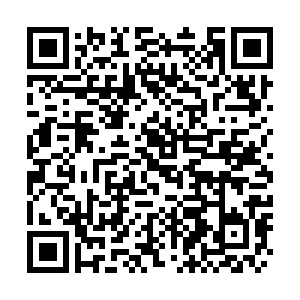 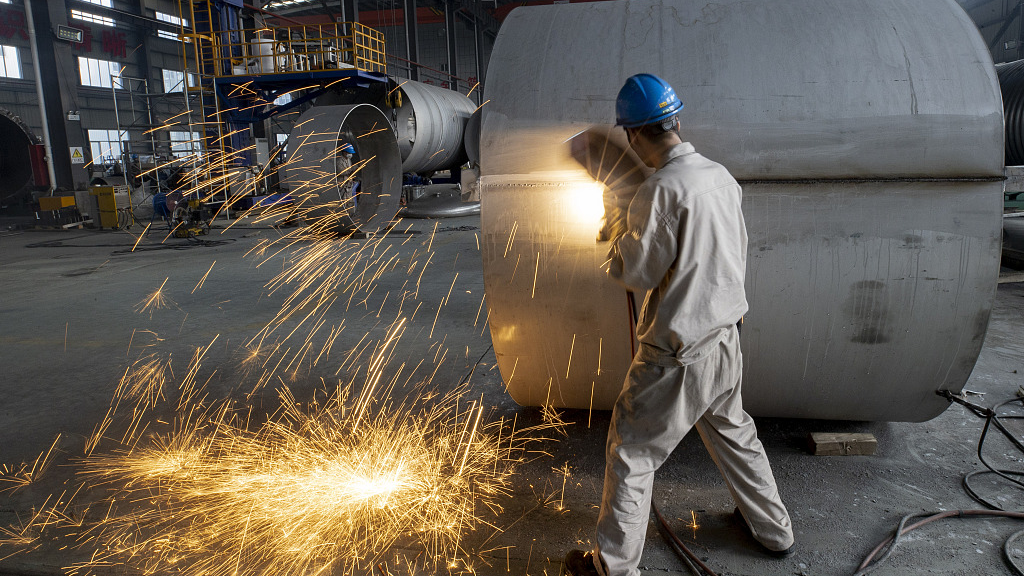 A worker in a factory in Lianyungang, Jiangsu Province, China, October 9, 2021. /CFP

A worker in a factory in Lianyungang, Jiangsu Province, China, October 9, 2021. /CFP

China's industrial profits from January to September grew by 44.7 percent year on year to about 6.34 trillion yuan (about $994 billion), slowing from 49.5 percent in the first eight months, data from the National Bureau of Statistics (NBS) showed on Wednesday.

Compared with the first nine months of 2019, the figure represented a rise of 41.2 percent. The average growth rate in the past two years stands at 18.8 percent, according to NBS data.

In September alone, the profits of China's major industrial firms increased by 16.3 percent to 738.7 billion yuan year on year, 6.2 percentage points higher than the previous month. 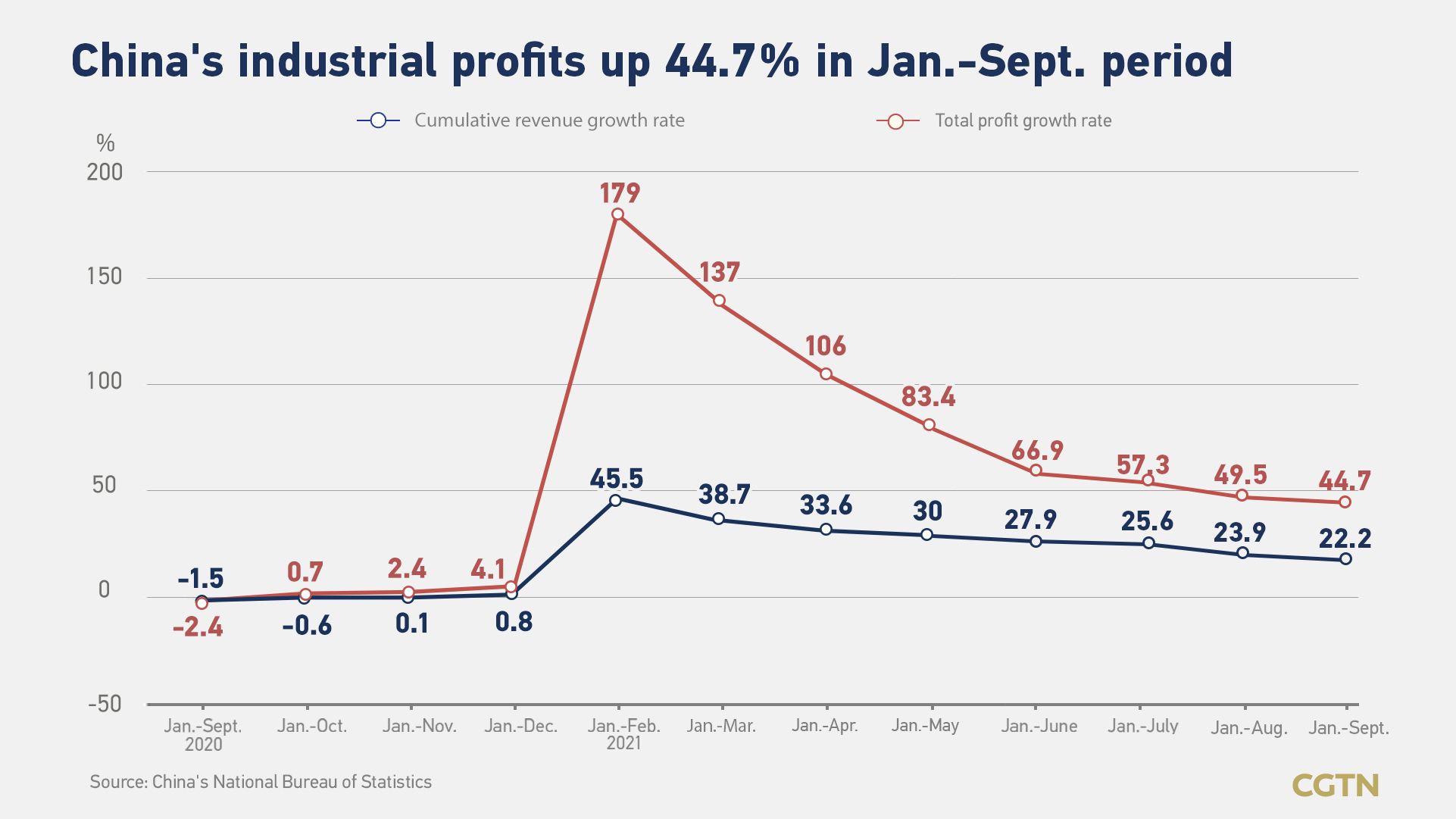 Major industrial firms are those that have an annual business turnover of at least 20 million yuan from their main operations.

In the third quarter, over 70 percent of the 41 industrial sectors' profits under the NBS measurement exceeded the same period in 2019, Zhu Hong, senior statistician at the NBS, said in a statement.