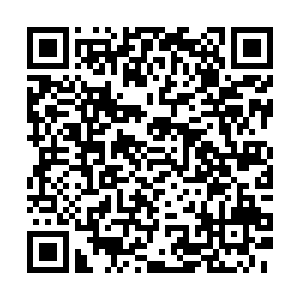 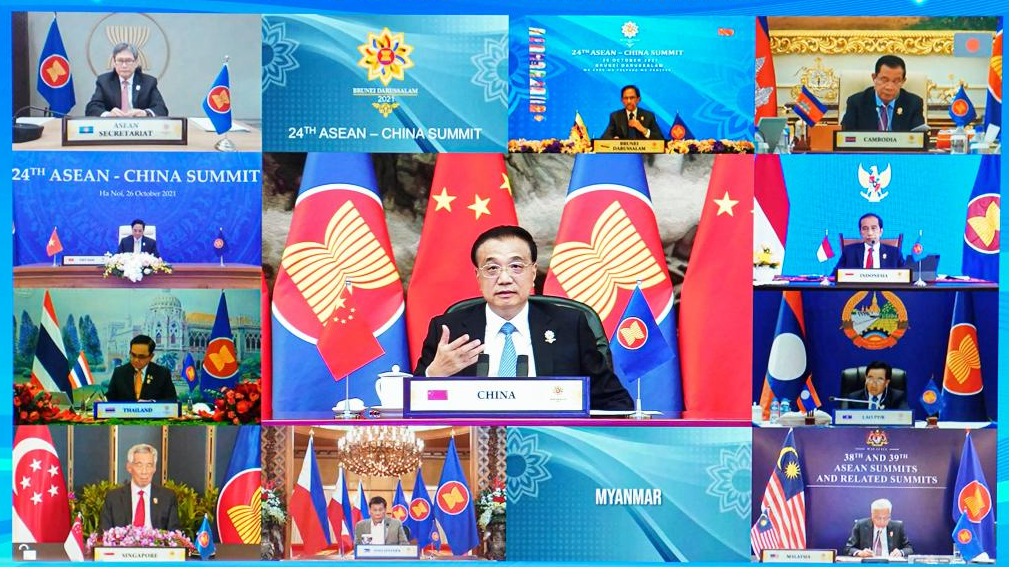 Editor's note: Ji Xianbai is an assistant professor at the School of International Studies at Renmin University of China. He is the author of the book "Mega-regionalism and Great Power Geo-economic Competition." The article reflects the author's opinions and not necessarily the views of CGTN.

The 38th and 39th summits of the Association of Southeast Asian Nations (ASEAN) and related meetings kicked off on Tuesday amidst mounting concerns over not only the political upheaval in Myanmar but also the worsening economic prospects of the region.

Due in part to recurring spikes of COVID-19 cases in regional economic powerhouses such as Malaysia, Indonesia and the Philippines, the Asian Development Bank has significantly lowered regional economic growth forecast for this year from 4.4 percent to 3.1 percent.

To address the undercurrents disrupting economic flow and factory activity in Southeast Asia in particular and the rise of forces driving deglobalization and slowbalization in general, Southeast Asian countries have pinned their collective hopes of reviving economic dynamism on the Regional Comprehensive Economic Partnership (RCEP) – world's biggest free trade pact.

Based on analysis using advanced computable general equilibrium modelling technique projects, it is concluded that emerging and developing ASEAN countries like Cambodia, Vietnam and Laos would benefit the most in relative terms from the RCEP-induced trade facilitation, investment protection and removal of non-tariff barriers.

Besides considerations centered on national economic interest, the embracing of RCEP by Southeast Asian countries suggests that ASEAN as a whole has decided to "say no to protectionism, and yes to free trade," as Malaysian International Trade and Industry Minister Mohamed Azmin Ali eloquently declared when negotiating parties sealed the deal in 2020. 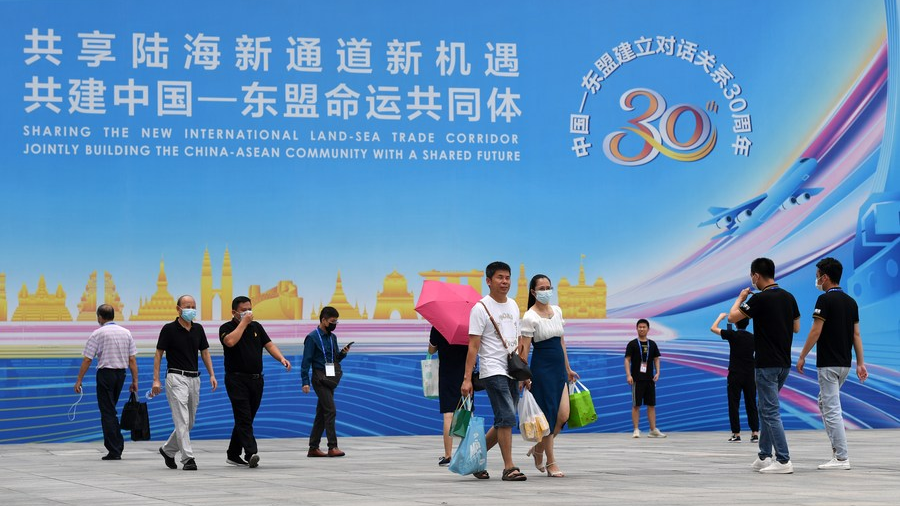 Progress on the RCEP front entails significant implications. For one, the liberal and collaborative policy course taken by Southeast Asia within the framework of RCEP in terms of choosing opening-up over turning inward, strengthening cooperation on regional supply chains, and entrenching industrial division of labor on the basis of comparative advantage and geographical proximity will buttress multilateralism and give rise to just arrangements with win-win benefits.

For another, it will stimulate post-pandemic economic recovery despite various difficulties in the short run. With the RCEP facilitating freer flow of goods and services, ASEAN has been pondering over a complementary ASEAN Travel Corridor Arrangement Framework to reopen channels for international travel on specified itineraries. Such framework reportedly contains elements of mutual recognition of vaccines and vaccination certificates to enable and smooth out the path for business and leisure travel.

The gradual loosening of pandemic containment measures at the borders in Southeast Asia and beyond, however, raises a question: As the world and China's immediate neighborhood opt to reopen in one way or another, what should we do?

China needs to find innovative yet pandemic-proof ways to reopen its borders to foreigners.

Against this backdrop, pilot-running controlled border opening in the southern island province of Hainan might be a probable solution. Hainan has the unique advantage of being a naturally isolated island detached from the mainland. Tough coronavirus-related border measures applicable to other Chinese locations might be relaxed carefully and prudently so as to allow vaccinated foreigners from safe countries marked by either low infection rate or high vaccination rate to enter Hainan after meeting quarantine requirement.

This way, China would have a gateway to the world economy and Hainan could become a meeting place for regional and international travelers wanting to carry out in-person activities.

All in all, China's neighborhood is gradually reopening. China needs to prepare itself for the eventual reopening of the world economy. Perhaps the nascent Hainan free trade port is of great help.