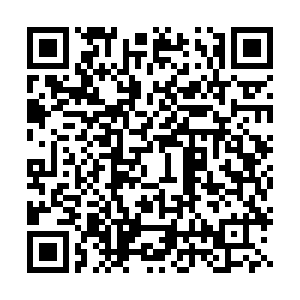 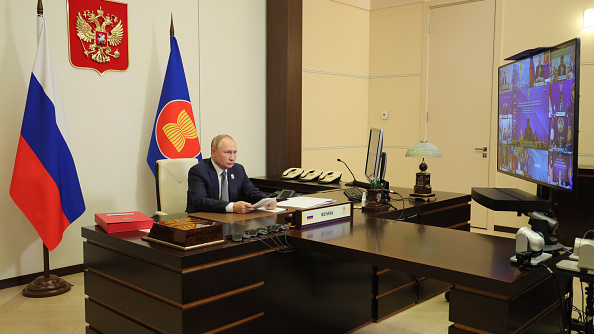 Russia's President Vladimir Putin takes part in the 16th East Asia Summit under Brunei's chairmanship via video link from his Novo-Ogaryovo residence on the outskirts of Moscow, Russia, October 27, 2021. /Getty

Russia's President Vladimir Putin takes part in the 16th East Asia Summit under Brunei's chairmanship via video link from his Novo-Ogaryovo residence on the outskirts of Moscow, Russia, October 27, 2021. /Getty

Russian President Vladimir Putin reminded the participants of this week's East Asia Summit about his country's proposed moratorium on the deployment of intermediate- and short-range missiles to the Asia-Pacific region while addressing the group via video link on Wednesday.

The Russian leader also said that his country "has consistently advocated forming a system of equal and indivisible security in the Asia-Pacific region and strengthening the atmosphere of constructive cooperation based on international law, including respect for the sovereignty, equality and consideration of each other's interests." These are interconnected and very pragmatic proposals, yet U.S. President Joe Biden thus far hasn't shown any interest in them. To the contrary, he continues his predecessor's destabilizing regional policies.

There are several compelling reasons why the U.S. should consider Russia's Asia missile moratorium proposal. First, the deployment of such American weapons to the region would immediately complicate the strategic arms negotiations that his country agreed to enter into with Russia following the meeting between their two leaders in Geneva over the summer. It'll be difficult to reach an agreement on more modern weapons like hypersonic ones if intermediate- and short-range missiles can strike parts of Russia in just as short of a time.

This leads to the second reason, which is that the U.S. could trigger a mutually destabilizing Asian arms race if it deploys such forces to the region. That scenario would worsen Russia's regional security threats, prompt it to respond accordingly, further reduce the prospects of more strategic arms pacts between it and the U.S., and contribute to a self-sustaining cycle of escalations.

Third, the potential land-based deployment of intermediate- and short-range missiles to Asia would result in the host country or countries openly taking the U.S.'s side against China and Russia. That would revive the outdated cold war notion of bloc-based mentalities that has regrettably already been on the rise in recent years as evidenced by the formation of the U.S.-led Quad. In such a scenario, the security of the Asia-Pacific region would be jeopardized if these dangerous dividing lines were forced upon those countries.

These three arguments in favor of the U.S. seriously considering Russia's Asia missile moratorium proposal segue into similar arguments in support of its interconnected proposal for an equal and indivisible regional security system. Asia cannot reach its full potential nor complete its historical rise without its countries working as closely together as the European ones in the other half of Eurasia have already done. Almost all of those states pragmatically put aside their differences in order to jointly cooperate on shared interests.

Territorial and other disputes between the Asia-Pacific states should be resolved through political negotiations, not saber-rattling. No self-interested extra-regional actor like the U.S. should externally exacerbate military tensions for divide-and-rule purposes. Only by working together, calmly discussing their differences, and taking responsible measures in support of mutually beneficial outcomes can Asia avert any American-provoked war and thus emerge stronger, more united, and more prosperous than ever before. 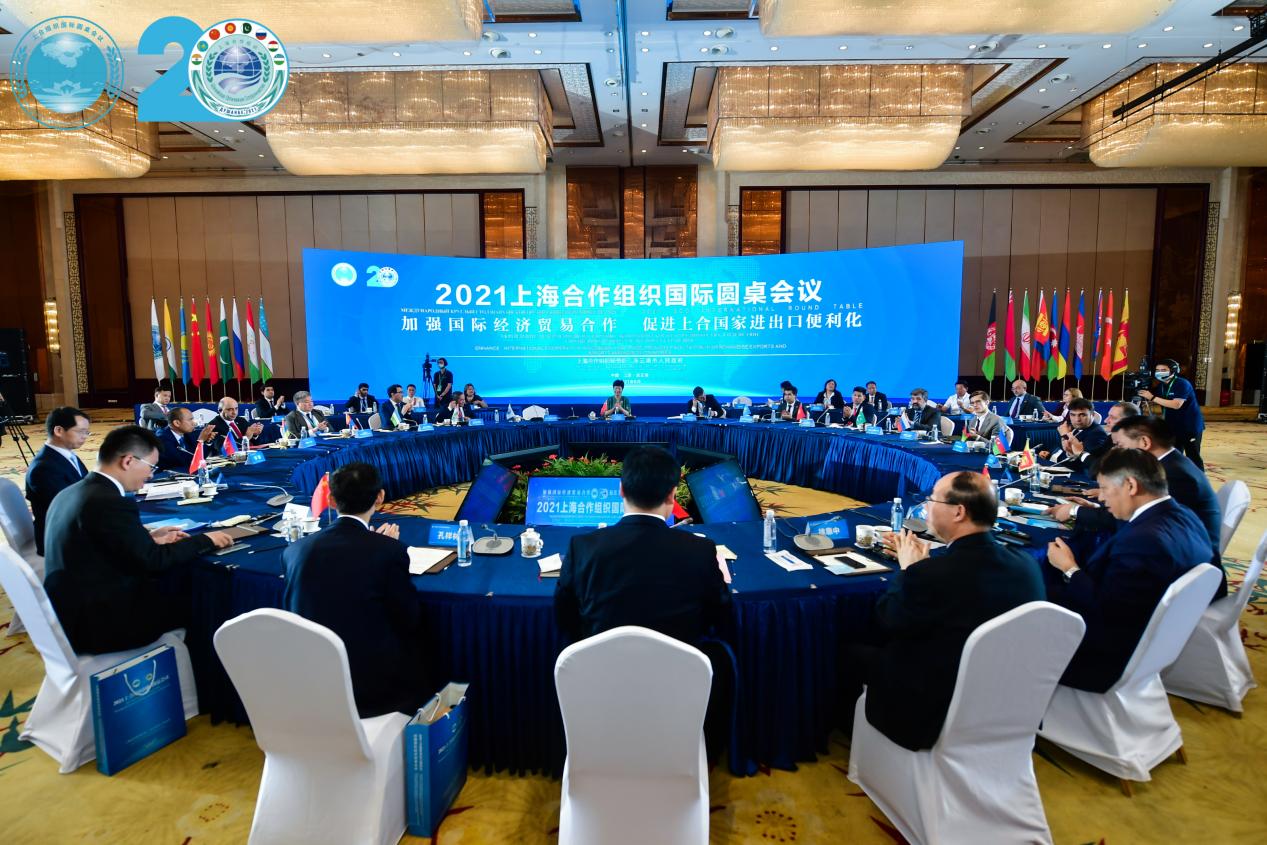 The final argument in favor of Russia's regional security proposal is that it would sustainably ensure stability more effectively than anything else. One need only to recall the "Shanghai Five" pact of the mid-1990s, which aimed to achieve something similar between China and the four neighboring former Soviet Republics after the Soviet Union's dissolution. That structure set the basis for what eventually became the Shanghai Cooperation Organization. With this in mind, a similar system in the Asia-Pacific could potentially result in a similarly impressive outcome with time.

Asian problems require Asian solutions, the same as African, European and Ibero-American ones do. Regional economic integration and security cooperation are among the top trends of the 21st century. They cannot be reversed no matter how hard any self-interested extra-regional actor like the U.S. tries. It's in all of Asia's interests to seriously consider Russia's equal and indivisible regional security proposal while the U.S. has its own pragmatic military-strategic ones for considering Moscow's Asian missile moratorium proposal.