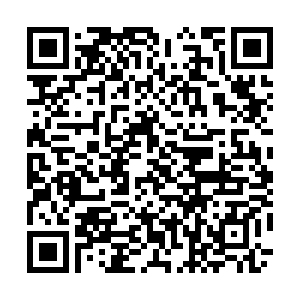 Calling head of state diplomacy an anchor, Wang, who is visiting Italy and is to participate in the Group of 20 (G20) meetings, hailed China and Russia have effectively promoted pragmatic cooperation under the guidance of the two heads of state.

He called on the two sides to prepare for the next stage's high-level contacts and promote greater development of bilateral relations.

China highly values President Vladimir Putin's assertion that China is Russia's most reliable comprehensive strategic partner of coordination, Wang said, adding that China is ready to work with Russia to foster a new type of international relations and forge a community of shared future for mankind.

The Chinese foreign minister also called for holding high the banner of multilateralism, staying committed to the correct path while opposing "small circles," "fake democracy," "a new Cold War" and other crooked ways. 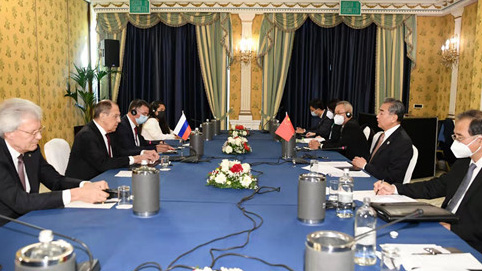 Lavrov said that the recent frequent interaction between the heads of state of the two countries has led Russian-Chinese relations to a new historical high.

The two sides believe that AUKUS is a typical military bloc, stressing that the U.S., Britain and Australia are engaged in a "small circle" that runs counter to the trend of the times of seeking peace, promoting cooperation and seeking development.

In term of the so-called Leaders' Summit for Democracy, the two sides said they would make their positions clear to the international community and elaborate on the correct concept of democracy, development and human rights. Wang stressed that democracy is a common value of all mankind and a right of all peoples, not a patent of a few countries.

Forcing other countries to accept the so-called unilaterally approved democracy will only end up in failure, the Chinese foreign minister pointed out, adding it is typical of anti-democracy to label a country as "authoritarian" just because it has a different form of democracy.

The two sides also agreed to strengthen policy coordination on pandemic prevention and control to curb the cross-border spread of the virus and exchanged views on promoting cooperation under multilateral mechanisms, including the United Nations, Group of 20, BRICS and the Collective Security Treaty Organization.