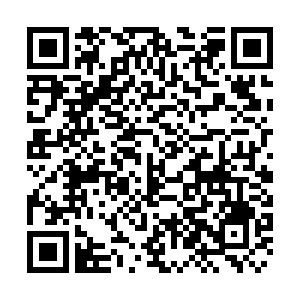 In the upcoming week, the UK city of Glasgow will host the 26th United Nations Conference of Parties on Climate Change (COP26) and China will hold the fourth China International Import Expo (CIIE) in Shanghai.

The UN climate conference, which has been billed a "turning point for humanity," begins in Glasgow on Sunday. Environment experts have identified several critical issues: the global carbon market, climate finance, and actual implementation.

Global leaders are expected to review overall progress and plan future actions at the conference, the first to take place after the five-year review cycle of the 2015 Paris Agreement. COP26 was initially set for November 2020 but was postponed due to the global pandemic.

UK Prime Minister Boris Johnson has invited heads of state and government to participate in a World Leaders Summit, which will take place on Monday and Tuesday. French President Emmanuel Macron and U.S. President Joe Biden have confirmed they will be in Glasgow.

COP26, which is set to last two weeks, comes as the world has gone through a series of recent climate-change-related natural disasters, from severe flooding to massive wild fires.

Nearly 3,000 enterprises from 127 countries and regions will participate in the fourth China International Import Expo (CIIE), scheduled from November 5 to 10 in Shanghai.

A total of 58 countries and regions, as well as three international organizations will attend the country exhibitions, which will be held online this year.

More than 80 percent of Fortune 500 companies and industry leaders from last year will return to the global trade gala in Shanghai and the overall number will exceed that of last year, according to the organizers.

Tuesday: The World Leaders Summit at COP26 wraps up; The International Energy Forum (IEF) kicks off in Oslo, Norway (to November 3); New York City in the U.S. holds a mayoral election.

Saturday: International day for preventing the exploitation of the environment in war and armed conflict.