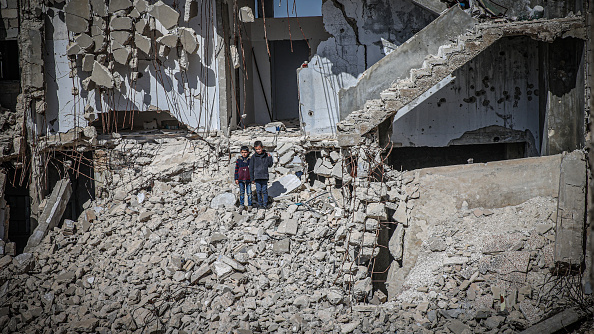 On October 28, China's deputy permanent representative to the United Nations, Geng Shuang, speaking at a session of the Security Council, accused Turkey of occupying the northeast of Syria and of massive violations of Syrians' rights, including in particular the right to access clean water.

It is perhaps not surprising to hear that the U.S.-led coalition – with much-needed help from Turkey – has had every intention to occupy Syria endlessly under the pretext of fighting terrorism, while it has no official invitation from the Syrian government to be there in the first place. The longer it pursues this unlawful and self-defeating policy, the longer it will take for China and other responsible members of the international community to devise an effective plan to end the unnecessary conflict.

Acknowledging Syria's dark moments, any official declaration to conduct cross-border attacks into the war-torn country or violate its people's right to access clean water is a clear breach of international laws and understandings, the same as any official plan to prolong the occupation or increase support for militant groups fighting to overthrow the Syrian government.

Turkey can deny its sense of disconnection and internal conflict. It can poison Syrian relations and take care of its enemies, including the "moderate" militants under whose control Idlib province remains.

Nonetheless, it cannot hide the fact that an open-ended occupation and support is reflective of its defeat in the conflict, an ill-defined and controversial policy that without question is neither clear nor working.

The situation is clearly worsening amid the pandemic, and the policy is not achieving any of its stated goals. With the fantasy of government decapitation now a thing of the past, there are real dangers in seeing the occupation's political power in black and white terms.

The problem is that the situation in Syria is decidedly gray. Identifying its government as neither "legitimate" nor "in control" risks misunderstanding what is a complex political and security situation.

Dismissing the legitimacy of Syria's government means ignoring the important reasons why it has had so much success in the war against terrorism and why it has rallied so many peoples and countries to its cause.

In contrast, by using the "War on Terror" hysteria as a smokescreen, the U.S.-led coalition has played a devastating role all along. Ankara talks of evil and the fight against evil yet fails to recognize how it is related to what it is condemning. 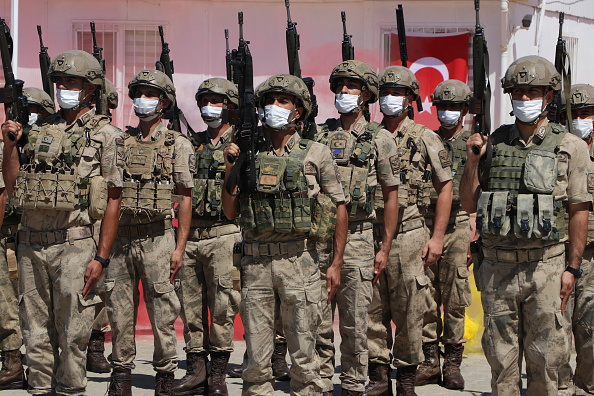 Turkish soldiers are seen during a farewell ceremony before heading to Syria, in Gaziantep, Turkey, June 7, 2021. /Getty

Turkish soldiers are seen during a farewell ceremony before heading to Syria, in Gaziantep, Turkey, June 7, 2021. /Getty

Into the argument, past reconciliation efforts between the Syrian government and the opposition failed because the U.S. and its allies intervened, going for a militarization strategy. They relied on coercion by supporting militants and excluding Syria's friends China, Russia and Iran, only to squeeze out an actual political resolution, thereby producing more chaos.

True, political complexities and difficulties for a peaceful resolution still persist after nearly 10 years of violence, but it's the only sane option left for Syrians due to the pointless civilian costs and the consequences of foreign meddling.

There are still good solutions available. The horrific acts of terrorists and militant groups should be denounced and Ankara must consider how it can limit the suffering of affected people. Acknowledging this reality means coming to terms with its disparaging alliance with the U.S.

It would be wiser for the political class in Ankara to take immediate steps to help reverse the engines of war and occupation, stop fueling sectarian violence, and stop bringing despair to a nation that is not at war with any other country. Syria's neighbor cannot ignore historical pain and pretend it has no bearing on the present.

The reality is that Syria has never been divided into sectarian units, its roots stretching back to colonial times. The biggest unanswered question is what makes outside actors think they have the right to commission militants to partition Syria and occupy the country indefinitely.

Their many historical misdeeds and their ill-gotten war chest is a human tragedy. It is far from obvious that the Syrian people and officials, as well as their friends, don't like the "Biden Plan," a colonial project to divide and rule, which is intended to inflict harm and increase the suffering of Syrians without solving their problems.