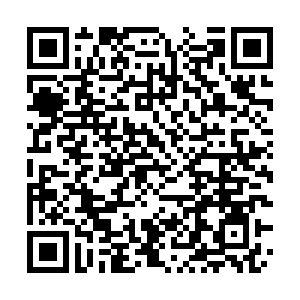 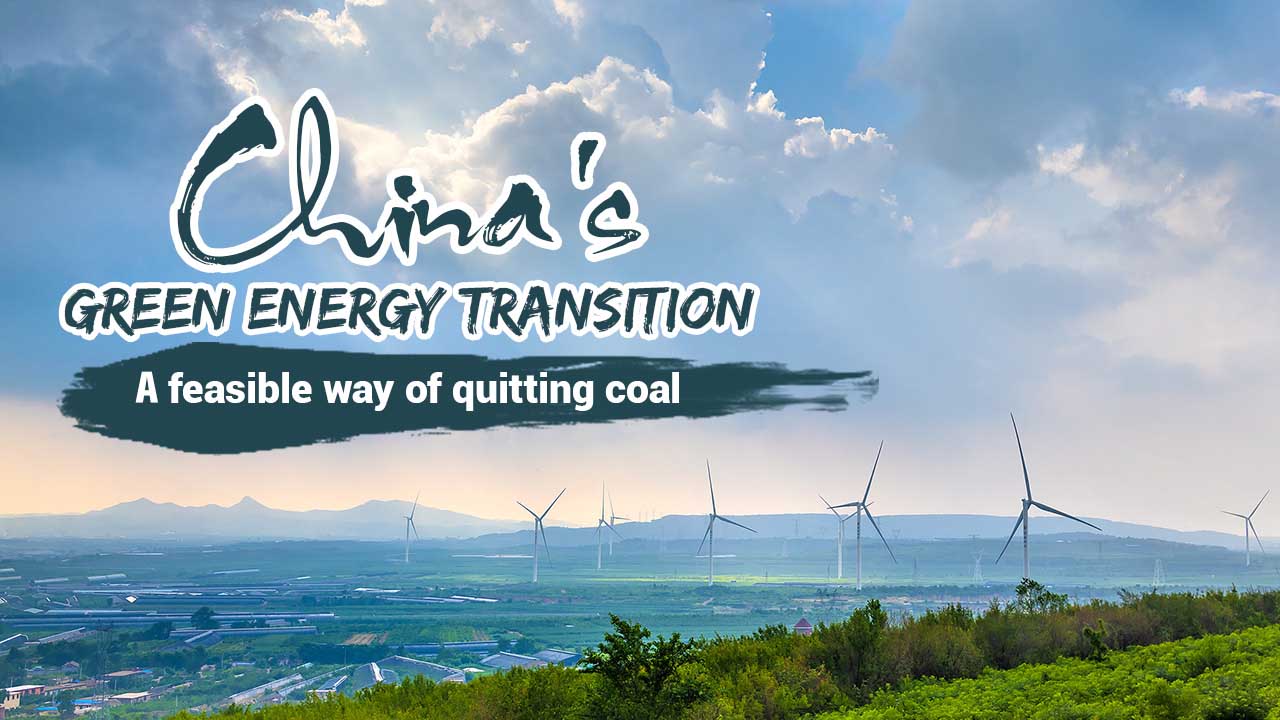 China has taken another step in the nation's green energy transition after setting its carbon-neutral goal last year. As the world's biggest financier of coal plants, the government announced in September that it would stop building coal-fired power projects abroad.

Currently, over 70 percent of the coal plants built globally rely on Chinese funding, and coal accounts for the largest share of China's overseas power sector investments. The country produces more than half of the world's coal-generated electricity.

The policy change could affect 44 plants costing a projected $50 billion across 20 countries in Asia, Africa, South America and Eastern Europe. Global Energy Monitor (GEM) estimates that the decision could prevent 8 billion tonnes of additional carbon dioxide (CO2) emissions over the lifetimes of the proposed plants. 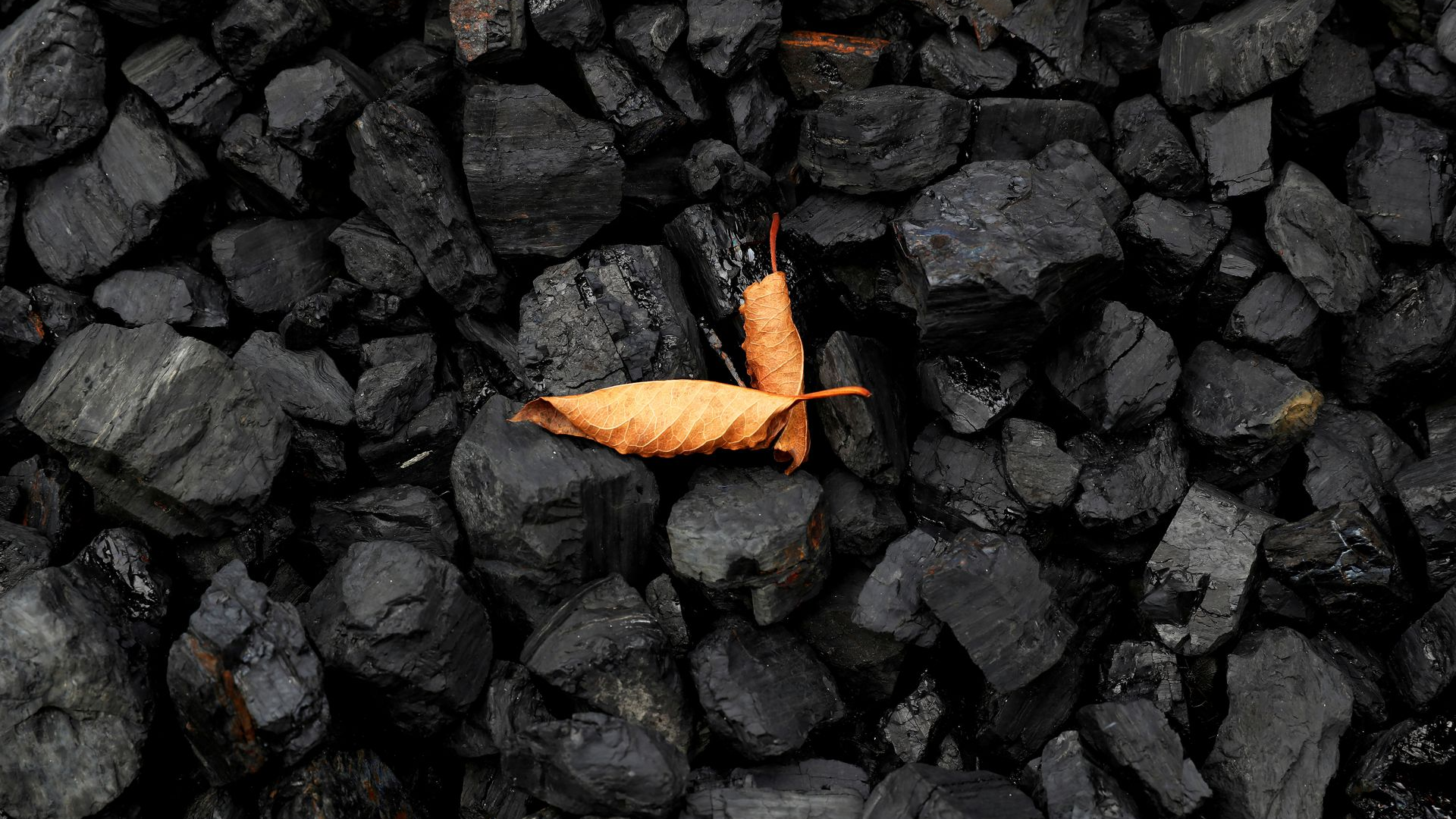 The history of commercial mining of coal can be traced back to 1750 near Richmond in the U.S. state of Virginia. By 1900, coal was the primary industrial fuel, replacing wood and charcoal to make up half the world's fuel use. As one of man's earliest sources of light and heat, it has been the most cost-effective energy for a long time. Meanwhile, fossil fuel-reliant power generation has led to a dramatic increase in CO2 emissions since the industrial age began.

CO2 levels today are higher than at any point in the past 800,000 years. Studies show the last time the earth saw such high CO2 amounts was more than 3 million years ago. Even during the COVID-19 pandemic when electricity demand decreased due to lockdowns and production decline, average global CO2 levels still hit a record high.

If the trend continues, it will result in a four-time larger cumulative emission than the safe level set in the Paris Agreement. The UN's Intergovernmental Panel on Climate Change said that countries worldwide need to phase out coal power by 2040 at the latest.

Despite the urgent need to stop climate change, some economists worry that shifting too fast away from fossil fuel will impact the economic rebound from the pandemic and spark inflation in energy prices.

Economic effect of moving away from coal

Between 2014 and 2020, only one of 52 overseas coal-fired power projects backed by Chinese funding went into operation, according to the International Institute of Green Finance, a Beijing-based think tank. Chinese-financed coal plants worth more than $65 billion have either been canceled or mothballed.

Multiple projects worth about $15 billion in Zimbabwe have been shelved. Proposed coal plant construction also had to be halted in Bangladesh, Indonesia, the Philippines and other nations due to a lack of financing options.

"The good news is China's move would save several countries from pouring billions of dollars into coal plants that would quickly become stranded assets, given the declining costs of renewables and public momentum for carbon restrictions," Christine Shearer, GEM's coal program director, told Reuters. In total, over $130 billion in construction and operational costs could be faced if China stops financing, according to forecasts. 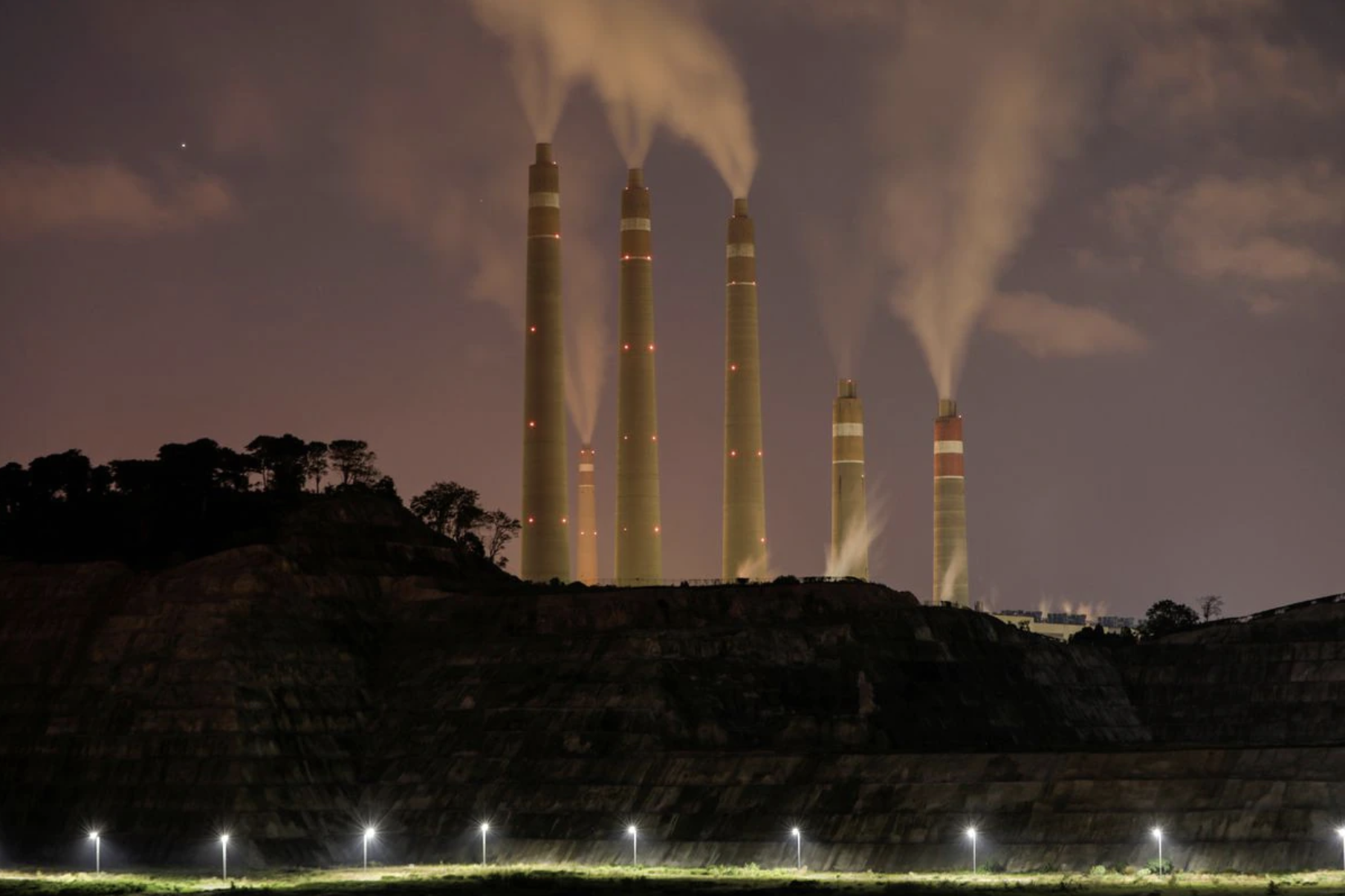 Smoke and steam billows from the coal-fired power plant owned by Indonesia Power, next to an area for Java 9 and 10 Coal-Fired Steam Power Plant Project in Suralaya, Banten Province, Indonesia, July 11, 2020. /Reuters

Smoke and steam billows from the coal-fired power plant owned by Indonesia Power, next to an area for Java 9 and 10 Coal-Fired Steam Power Plant Project in Suralaya, Banten Province, Indonesia, July 11, 2020. /Reuters

In the past few years, the investment for new coal plants has shrunk globally. Countries which heavily depend on coal are facing an urgent need to adjust their energy supply chain and expand renewable power generation.

Bangladesh, where around 35 million people, or some 30 percent of its population, are living in coastal areas threatened by climate change, has canceled 10 proposed coal-fired power projects. Aiwan-e-Sadr, the office of the President of Pakistan, has become the world's first President's House fully powered by renewable energy. Pakistan, one of the key countries of China's Belt and Road Initiative (BRI), said it would stop building new coal plants.

Launched in 2013, the BRI is a global construction project involving 140 countries through Asia, Europe and Africa. While facilitating trade integration on a transcontinental scale, the project is now focusing on greener projects and promoting energy efficiency convergence among countries.

As more countries are pledging to abandon coal, power giants are eyeing on clean energy sector, which will create millions of new jobs. During the transition to net-zero emissions, over 30 million new jobs related to clean energy and low-emissions technologies will be generated by 2030, Roadmap to Net Zero by 2050 report of the International Energy Agency (IEA) shows. 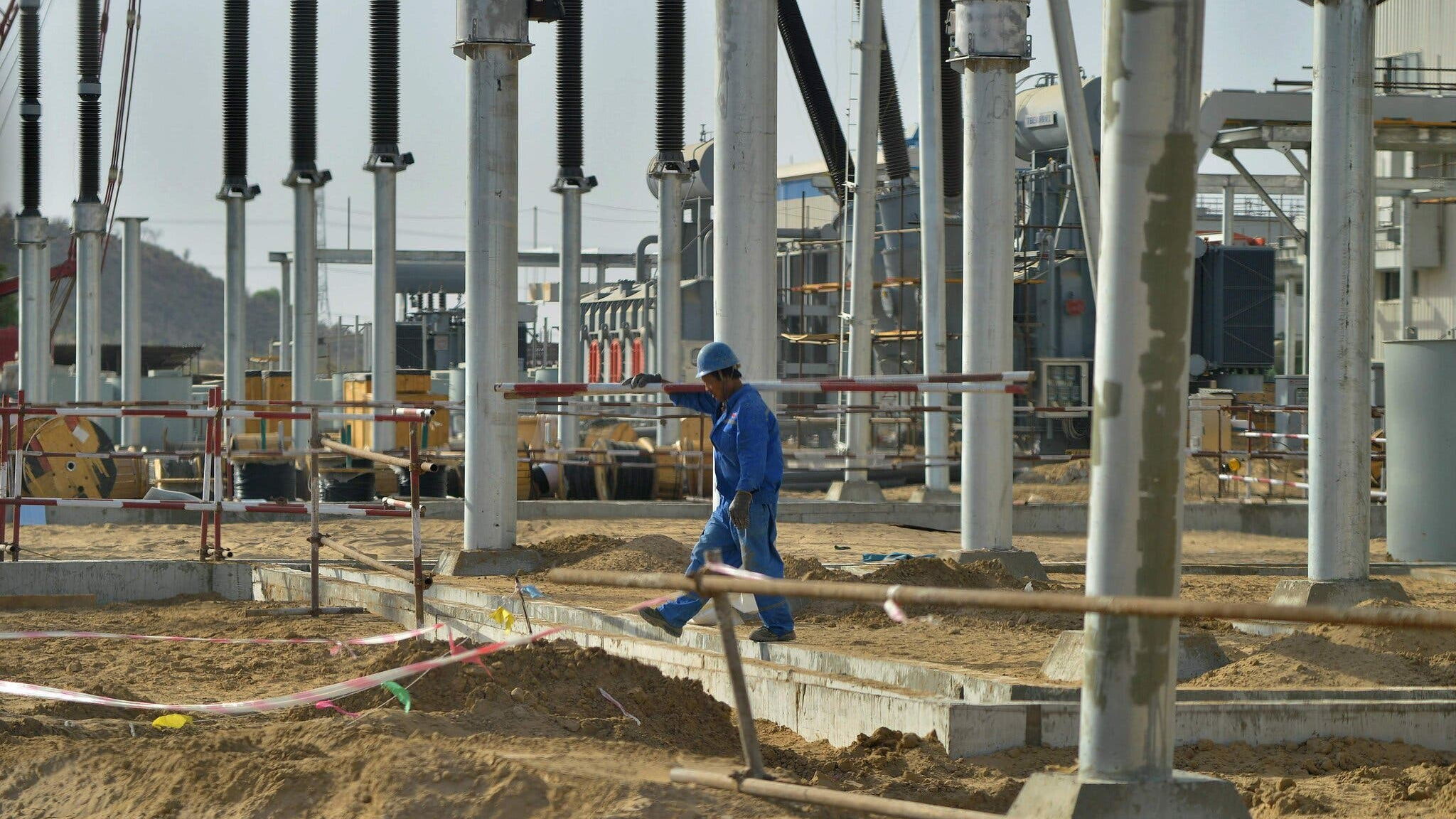 On the way of green energy transition

Over the past decade, Chinese investment in overseas renewable energy projects has risen steadily, data from Boston University shows. In 2020, Chinese investment overseas in solar, wind and hydropower projects surpassed that in fossil fuels for the first time, following the launch of the BRI in 2013. Meanwhile, China also promised to better support developing countries in utilizing green and low-carbon energy.

In September 2021, China began to enforce the Kigali Amendment to the Montreal Protocol to curb the emission of hydrofluorocarbons (HFC), a greenhouse gas that is over 14,000 times more powerful than CO2 in warming the planet. If fully implemented, it will prevent more than 0.4°C of global warming by the end of this century, according to UN estimates.

However, concerns remain over how China will tackle domestic emissions. The country has been heavily reliant on coal energy for building a vast amount of infrastructure. Coal consumption still makes up over half of the country's total energy demand despite a 70-percent decrease over the past decade, according to China's National Bureau of Statistics. 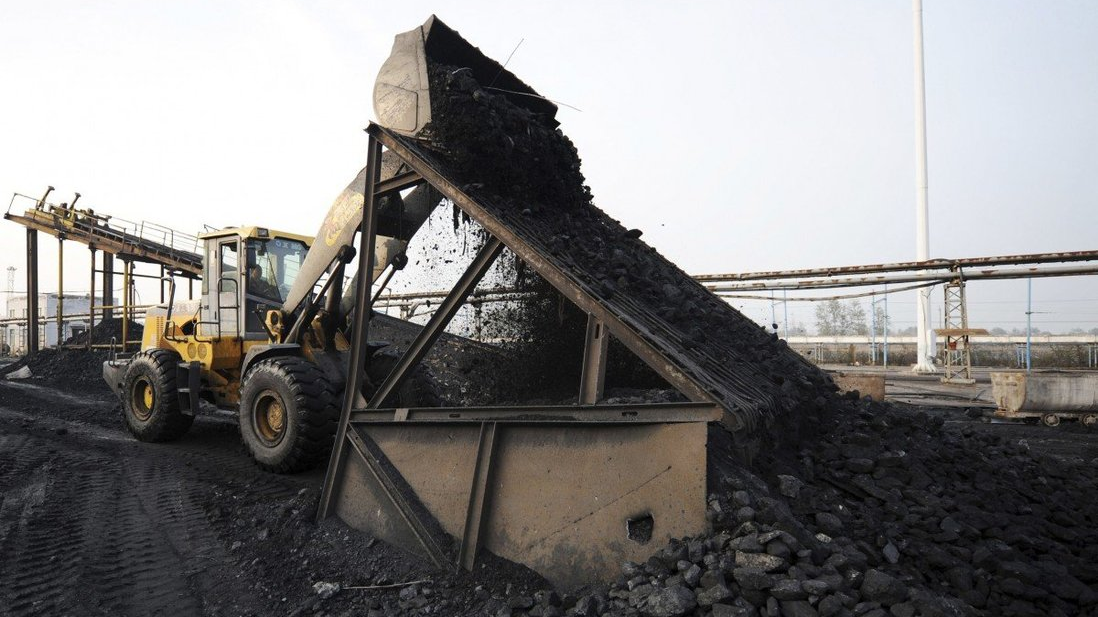 A coal mine in Huaibei City in east China's Anhui Province. /AP

A coal mine in Huaibei City in east China's Anhui Province. /AP

There are also doubts over whether China can keep its promise to peak carbon dioxide emissions by 2030 and reach carbon neutrality by 2060.

In October, the government issued a guideline on green development aimed at cutting CO2 emissions in both urban and rural areas. A white paper released by the State Council Information Office last Wednesday targets a steep cut in carbon intensity and a five-percent increase in the share of non-fossil fuels in primary energy consumption.

China has diversified its energy supply structure and gradually replaced some coal use with cleaner-burning fuels. Apart from a rapidly expanding capacity of solar and wind, other renewable energy sources like hydroelectric sources (8 percent), natural gas (8 percent) and nuclear power (2 percent) accounted for a small but growing proportion of China's energy consumption.

"In the process of green transition, the clean and efficient conversion of fossil energy is equally important as new energy development," Tian Hui, former vice-chairman of the China National Coal Association, told CGTN. Although burning coal produces CO2, technology like carbon capture and storage and the deployment of pollution-control equipment could help ease the problem. 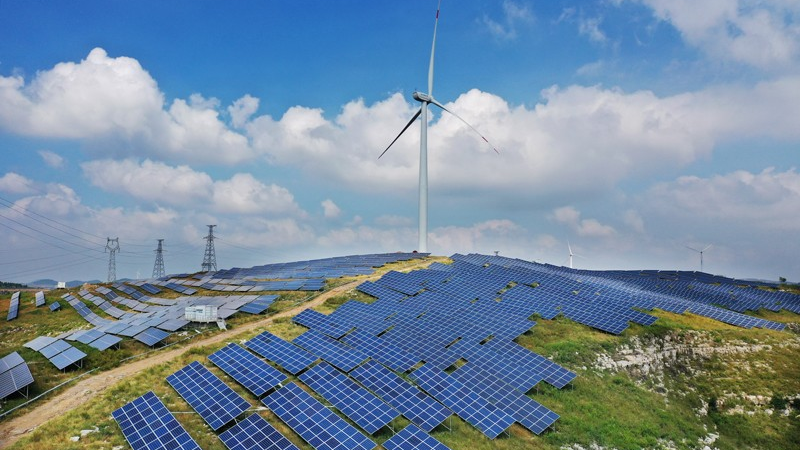 China has to massively increase its solar and wind capacity to become carbon neutral by 2060. /VCG

China has to massively increase its solar and wind capacity to become carbon neutral by 2060. /VCG

China, the world's top emitter of greenhouse gases, has been piloting emissions trading since 2011 in seven provinces and municipalities, including Beijing, Shanghai and Guangdong, to pave the way for the establishment of a national Emissions Trading System (ETS). The pilot programs have covered key emission industries like steel and cement and have driven major emitters to reduce their emissions.

Coal energy in a carbon-constrained world

Earlier this year, a set of interim rules for carbon emissions trading management in China came into effect, a major effort following the establishment of the ETS. A total of 2,225 power firms across the country assigned with CO2 emission caps can trade their emission quotas via the system.

By the end of September, the trading volume in the market had reached over 17 million tonnes, with a turnover of 801 million yuan (about $125 million), according to the White Paper by the State Council Information Office. It expects that China's handling of domestic emissions will accelerate the phase-out of coal globally. As the world's top emitter of greenhouse gases,

"At present, the global economic growth is highly reliant on fossil fuels, which is unevenly distributed across the globe," said He Kebin, professor and president of the School of Environment at Tsinghua University.

"Compared with fossil fuels, renewable energy sources like wind and solar are distributed more evenly. It means countries can gain a relatively equal opportunity for development by reducing their dependence on fossil fuel resources and focus more on clean energy technology." 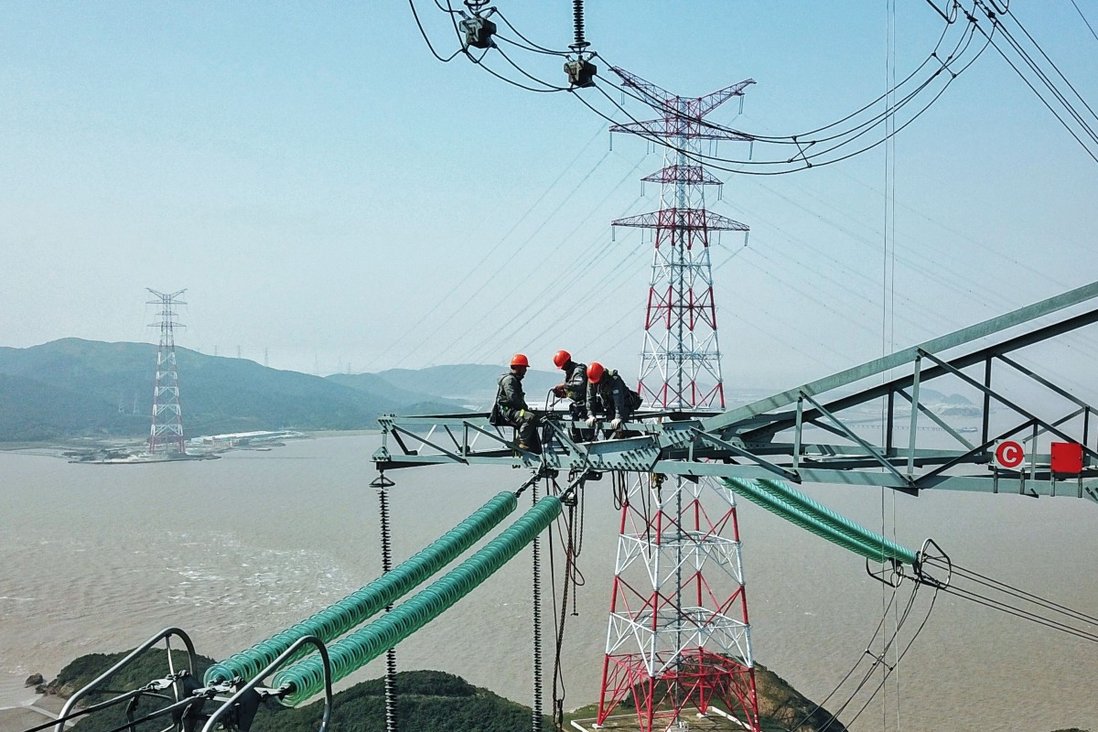 However, wind and solar plants heavily depend on weather conditions, while a coal-fired plant can operate at full capacity about 90 percent of the time. To replicate certain qualities of fossil fuels is difficult.

Compared with intermittent solar and wind power, nuclear power is a more promising and flexible source of electricity. Currently, it provides 10 percent of global electricity. Experts say that the proportion needs to double by 2050 to reach the net zero goals.

"With the global effort to achieve carbon neutrality, the race is on to cut CO2 emissions," said He, who is also the environmental research group leader of the Global Energy Assessment program.

Still, reaching the carbon-neutral goal requires time, as well as a feasible way to balance the speed of going green and maintaining energy security. More importantly, the pace of flattening carbon emissions depends on how fast countries can tap renewable energy resources and phase out coal use coherently.