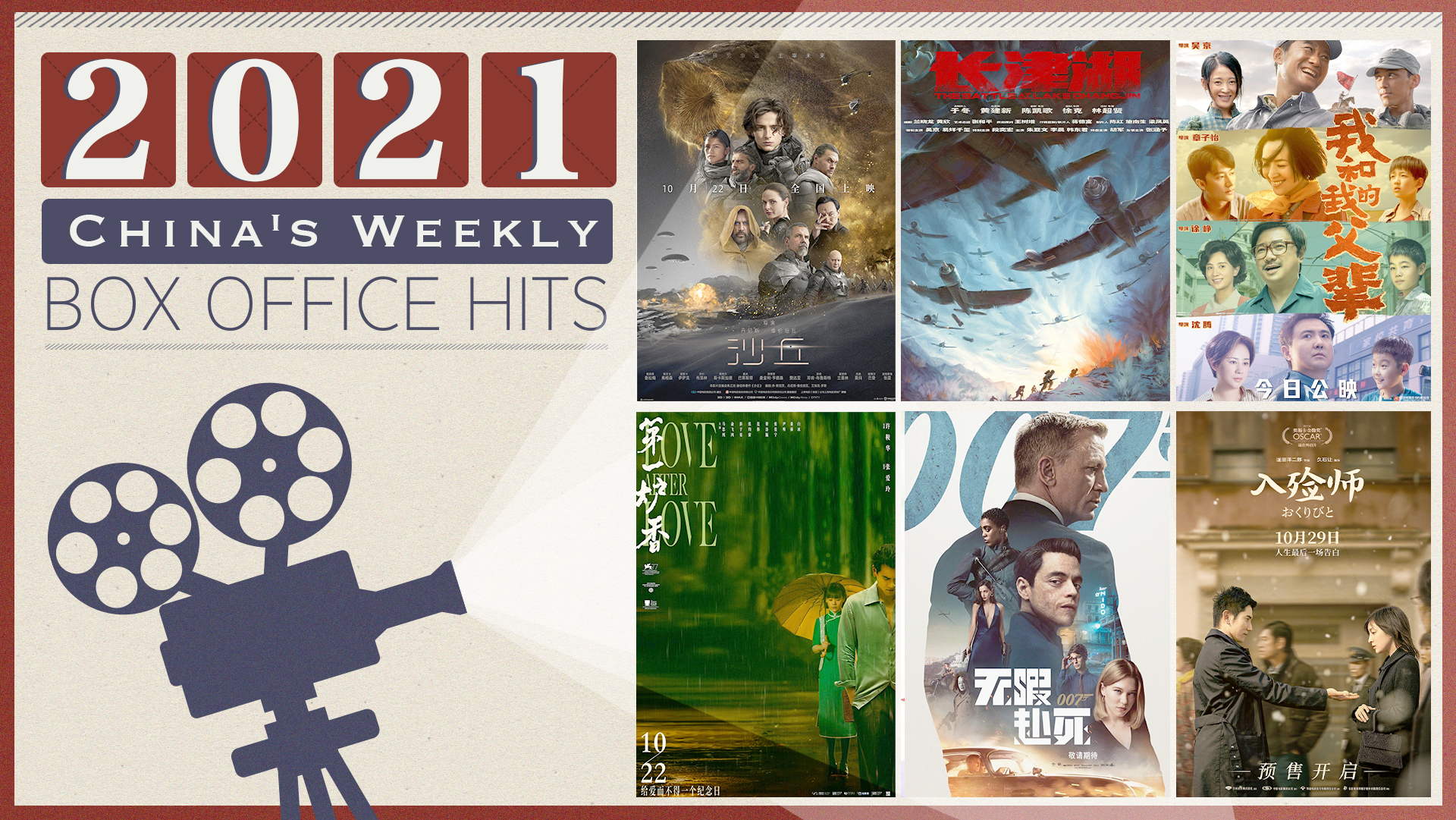 China's domestic box office saw revenues of 594 million yuan ($92 million) in the last week of October, a further drop linked to a resurgence of COVID-19, data from the box office tracker Maoyan showed.

"The Battle at Lake Changjin," a historical epic paying tribute to Chinese soldiers martyred in the War to Resist U.S. Aggression and Aid Korea (1950-1953), maintained its position as the top-grossing movie, earning 197 million yuan. Its box office takings totaled 5.5 billion yuan after 31 days of screening, making it the world's highest-grossing title so far this year.

The Chinese production was followed closely by the latest James Bond film, "No Time to Die," which took in 180 million yuan in the first three days of its release in China. It has been leading the daily box office chart in the country since its debut on October 29. 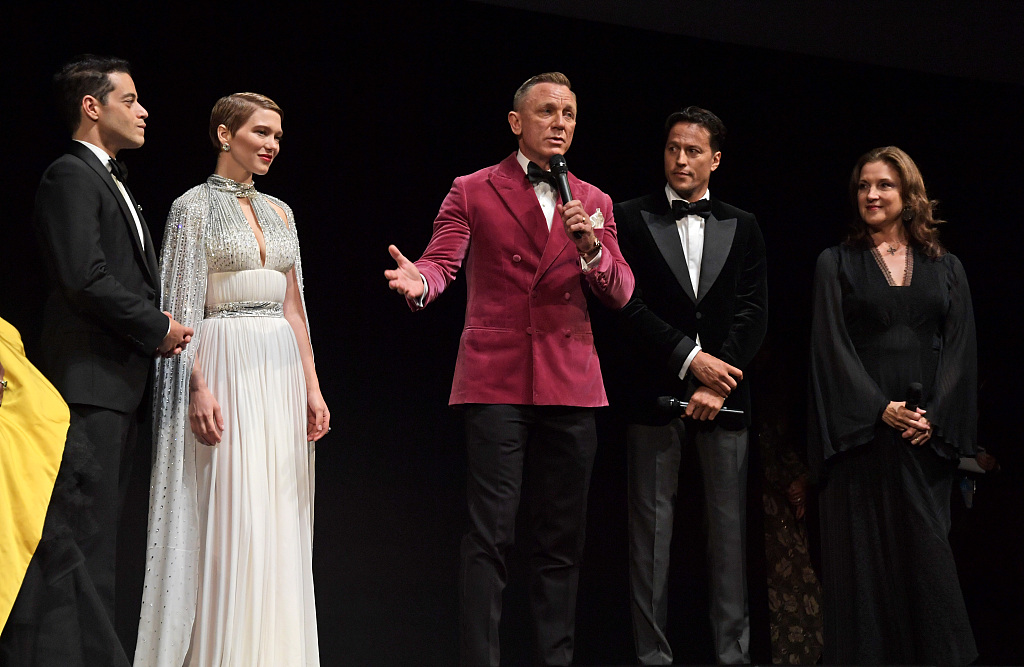 This 25th installment in the Bond franchise is Daniel Craig's fifth and final film in the role of the fictional British spy. It was helmed by the series' first American director, Cary Joji Fukunaga, and also stars Rami Malek, Lashana Lynch and Lea Seydoux.

The movie has a fairly good rating of seven out of 10 on Douban, the Chinese equivalent of Rotten Tomatoes. The hashtag #007NoTimeToDie has generated some 560 million views and 228,000 discussions on China's Twitter-like platform Weibo.

James Bond is among the most lucrative film franchises in the world. Previous movies "Skyfall" (2012) and "Spectre" (2015) respectively raked in $1 billion and $880 million at the global box office.

The latest one has so far grossed over $606 million worldwide, according to the American box office tracker Box Office Mojo, making it this year's fifth highest-grossing film. 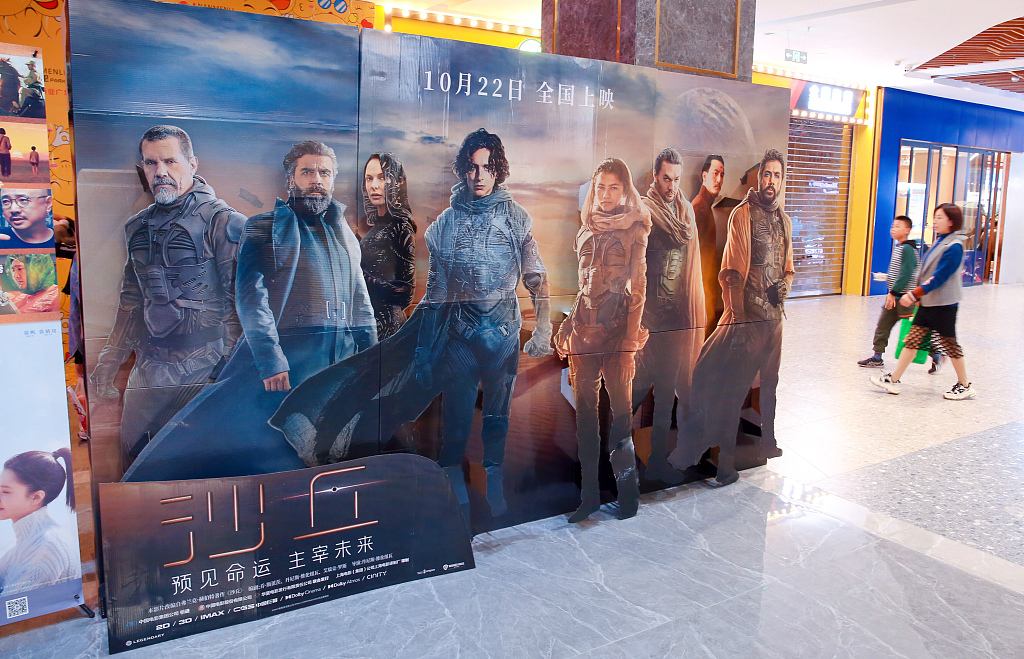 Poster of the American sci-fi film "Dune" is seen at a cinema in the city of Yan'an, Shaanxi Province, China, October 17, 2021. /CFP

Poster of the American sci-fi film "Dune" is seen at a cinema in the city of Yan'an, Shaanxi Province, China, October 17, 2021. /CFP

American sci-fi film "Dune," adapted from Frank Herbert's novel of the same name, came in third place with 72 million yuan in ticket sales last week. Despite its leading position in the North American box office, the movie has failed to make a big splash in the Chinese market.

The Oscar-winning film boasts a high rating of 8.9 out of 10 on Douban. The storyline revolves around a newly unemployed cellist who takes a job as a traditional funeral "artist" preparing the dead for their final "departure."