Download
Facing climate change, why do we need to build resilient cities?
CGTN 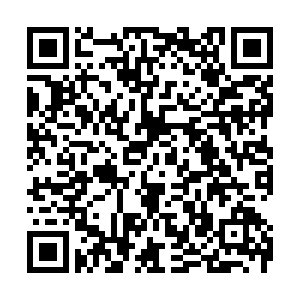 The theme of World Cities Day 2021 is "Adapting cities for climate resilience," and the "Shanghai Index" was released last Sunday, aiming to help build sustainable and resilient cities faster. Meanwhile, world leaders and environmental experts are gathering in Glasgow on Monday for the COP26 UN Climate Change Conference.

Building resilient cities to tackle the impact of climate change is a trending topic these days. 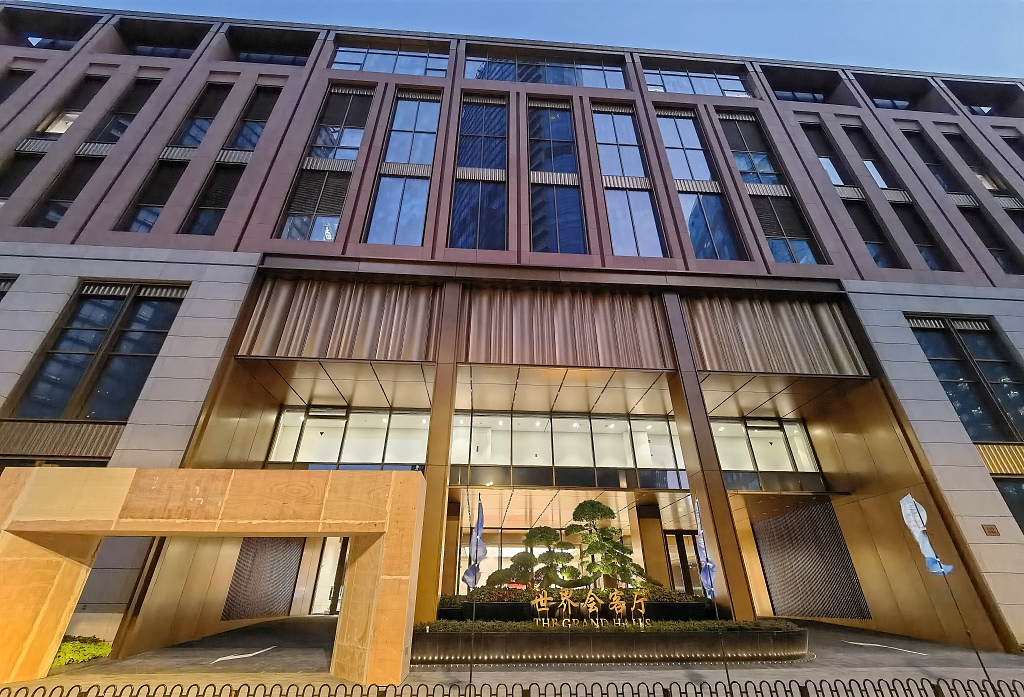 The "Shanghai Index" was released on Sunday at the opening ceremony of World Cities Day 2021 in Shanghai to help cities around the globe achieve sustainability efficiently. /VCG

The "Shanghai Index" was released on Sunday at the opening ceremony of World Cities Day 2021 in Shanghai to help cities around the globe achieve sustainability efficiently. /VCG

The Urban Resilience Hub, which is hosted by UN-Habitat, describes a resilient city as one that "assesses, plans and acts to prepare for and respond to all hazards – sudden and slow-onset, expected and unexpected."

A report published by China's National Development and Reform Commission in August states that building a safe and reliable resilient city requires multi-pronged efforts, including in the city's economy, society, space, infrastructure and ecology.

Facing events like earthquakes, floods, wildfires and pandemics, resilient cities can react quickly, not only to survive, but also to maintain basic operations, followed by recovering from the crisis and building a safer system. 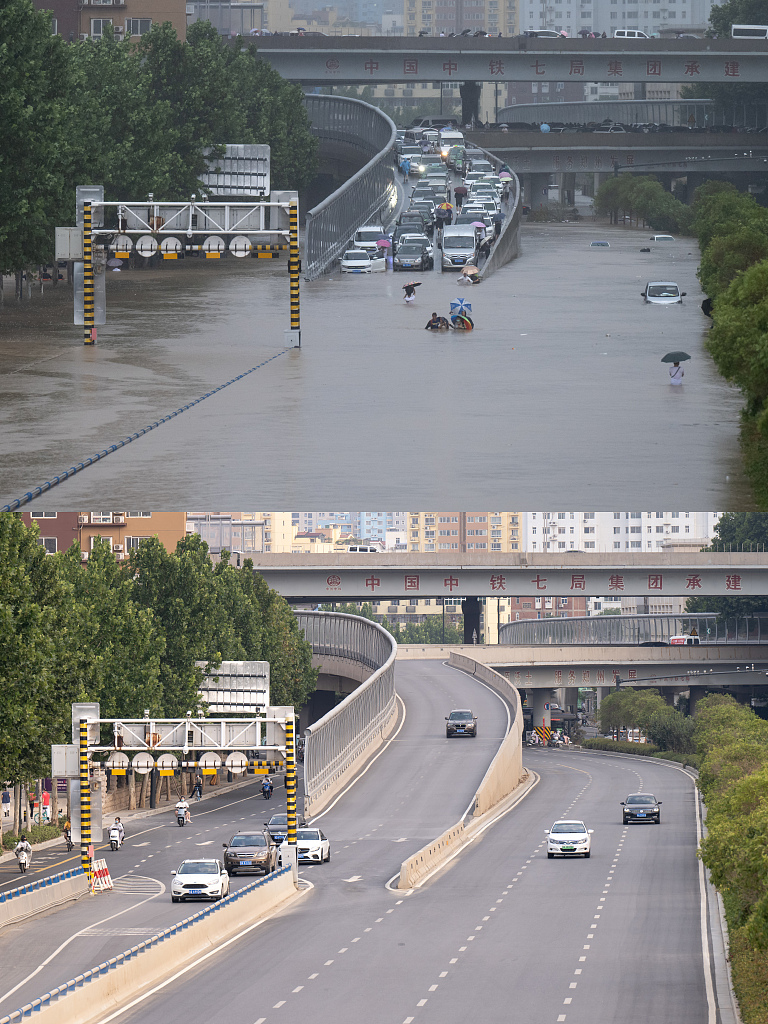 Zhengzhou City on July 20 and after the flood. /VCG

Zhengzhou City on July 20 and after the flood. /VCG

Citizens in Zhengzhou City, the capital of China's Henan Province, experienced extremely heavy rainfall on July 20. Some regions recorded as much as 333 millimeters of rainfall in three hours, more than half of the average annual rainfall in the area.

Despite Zhengzhou's status as one of the pilot sponge cities in Henan Province, the sudden onslaught of heavy rainfall was more than it could handle. Subway passengers were trapped inside carriages and cars were floating on streets, putting people's lives in danger.

Extreme weather events are one of the most visible consequences of climate change, and they are happening on a global scale. Besides heavy rain in China's Henan Province, floods in Germany and heat waves in North America have shown us that today's cities need a better and stronger ability to address climate risk and unexpected natural disasters. 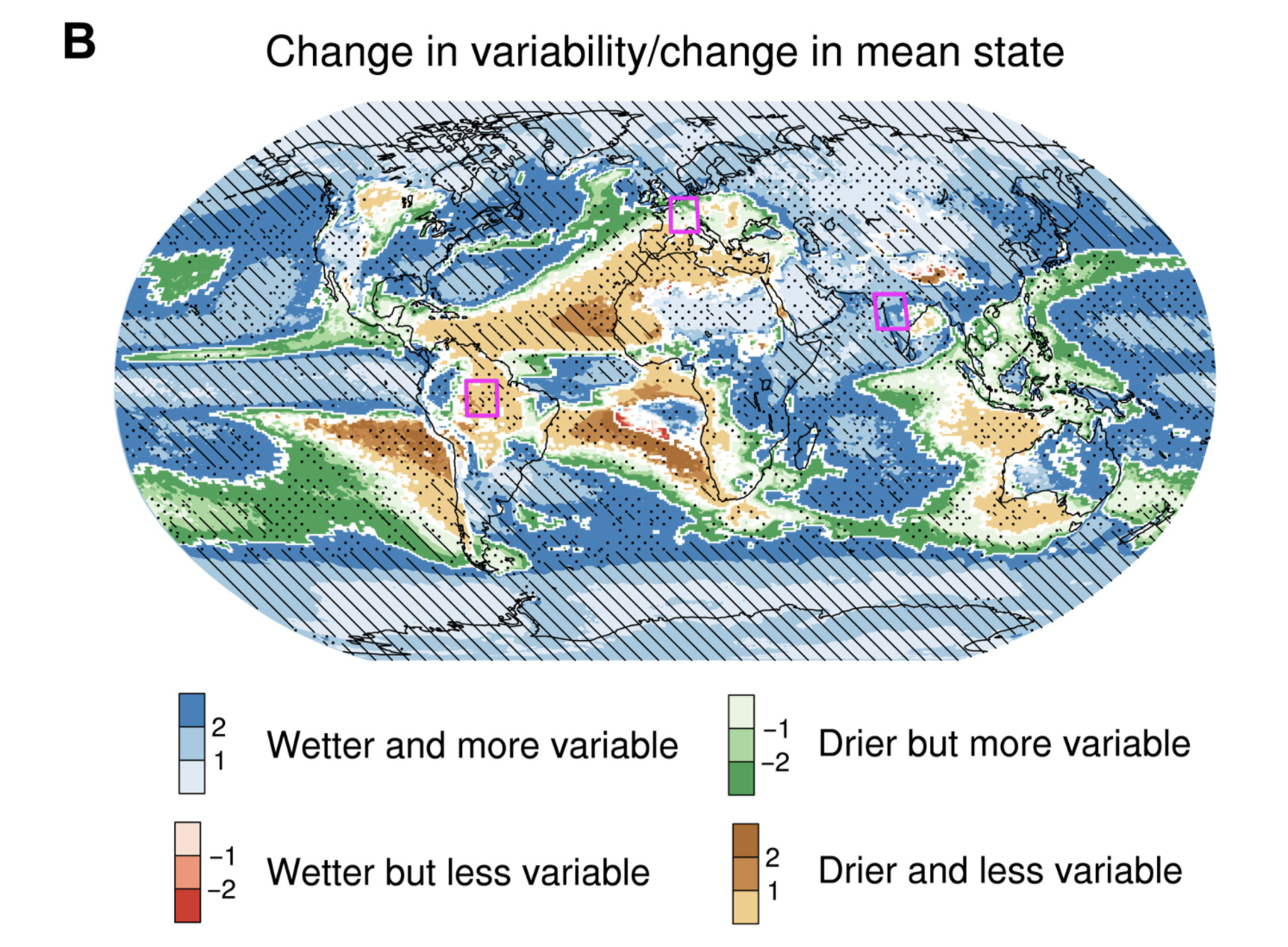 Research on the relationship between Earth's hydrological cycle and global warming published in the scientific journal Science Advances demonstrates that two-thirds of the world's land area will become wetter with a higher precipitation variability, meaning we will face more frequent droughts and floods in our lifetime.

Before carbon neutrality becomes reality, our cities will be threatened with unpredictable and hazardous events. Building resilient cities is not the only way to address climate change, but it is a necessary one.