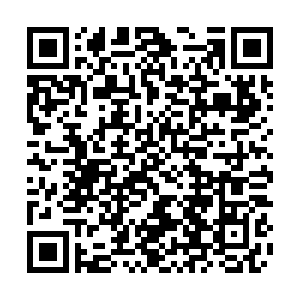 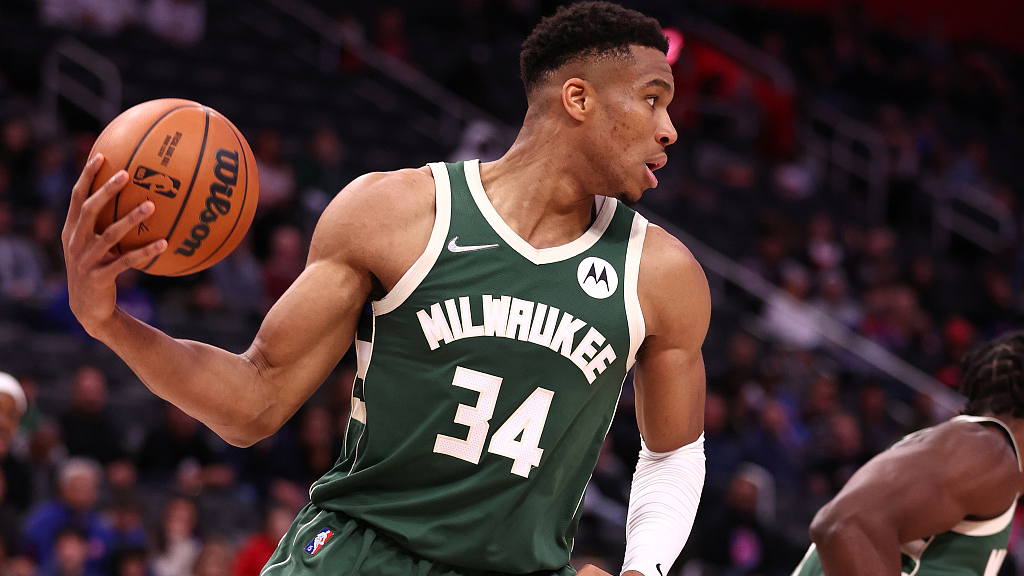 Giannis Antetokounmpo of Milwaukee Bucks in action during an NBA match against Detroit Pistons in Detroit, U.S., November 2, 2021. /CFP

Giannis Antetokounmpo of Milwaukee Bucks in action during an NBA match against Detroit Pistons in Detroit, U.S., November 2, 2021. /CFP

Giannis Antetokounmpo had 28 points, nine assists and eight rebounds as the Milwaukee Bucks ended a three-game losing streak with a 117-89 rout of the Detroit Pistons on Tuesday.

With Brook Lopez (back) sidelined, Antetokounmpo spent much of the time playing center on defense. He blocked four shots but did not want to stay at the new spot.

The Bucks also got 16 points from Pat Connaughton and reserve Jordan Nwora.

"We really needed this one tonight," Bucks coach Mike Budenholzer said. "We talked about setting the tone on both ends of the floor, and I thought we did that. Obviously, Giannis was a big part of that, but we saw a lot of other guys stepping up," he added.

Jerami Grant led the Pistons (1-6) with 21 points, but Trey Lyles was the only other player to reach double figures with 13.

"We know this is all part of the growing pains that a young team has to deal with," Grant said. "That doesn't make it any easier to go through what we're going through. We need to get focused tomorrow, because we've got a back-to-back coming up against pretty good teams."

Also on Tuesday, Chris Paul responded with a vintage performance in the second half, finishing with 14 points and 18 assists as the Phoenix Suns rallied for a 112-100 victory over the New Orleans Pelicans.

Paul is now third in NBA history with 10,346 career assists, passing both Mark Jackson and Steve Nash. The point guard scored all of his points in the second half and dished 10 assists to help the Suns steamroll the Pelicans down the stretch.

Mikal Bridges led the Suns with 22 points. Little-used reserve Frank Kaminsky added 17 points and four steals, and JaVale McGee had 18 points and five rebounds. The two big men were particularly good as the Suns regained control of the game in the second half.

The Pelicans led by as many as 20 points in the first half, but that advantage was cut to 65-62 by midway through the third quarter. New Orleans took an 82-76 lead into the final quarter. Then it was Paul's turn to take over. He was 5 of 5 shooting from the field in the fourth and 2 of 2 on free throws.

"We made a lot of mistakes, especially in that second half to a team you can't make mistakes to," Pelicans guard Josh Hart said. "Being young is not an excuse. We weren't dialed in the second half defensively to focus on getting stops and playing our game." 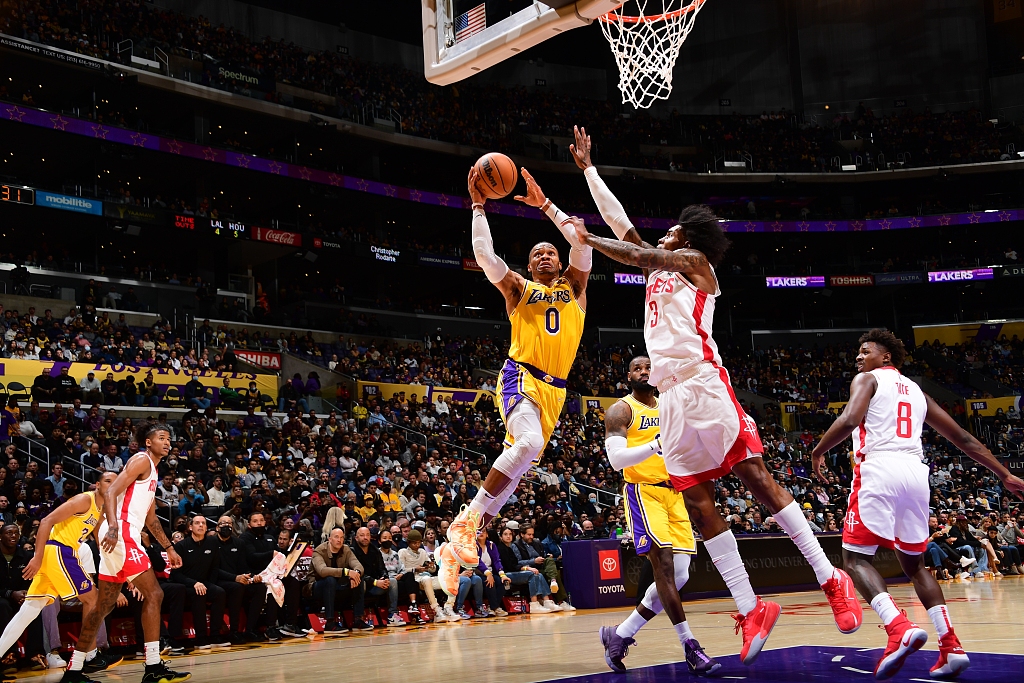 Players of Los Angeles Lakers and Houston Rockets in action during an NBA match in Los Angeles, U.S., November 2, 2021. /CFP

Players of Los Angeles Lakers and Houston Rockets in action during an NBA match in Los Angeles, U.S., November 2, 2021. /CFP

LeBron James scored 14 of his 30 points in the fourth quarter, Russell Westbrook added 27 points and the Lakers swept back-to-back games against the Houston Rockets.