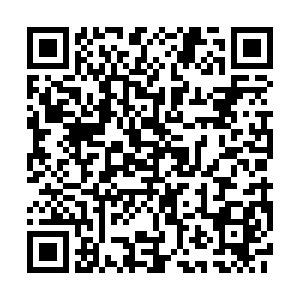 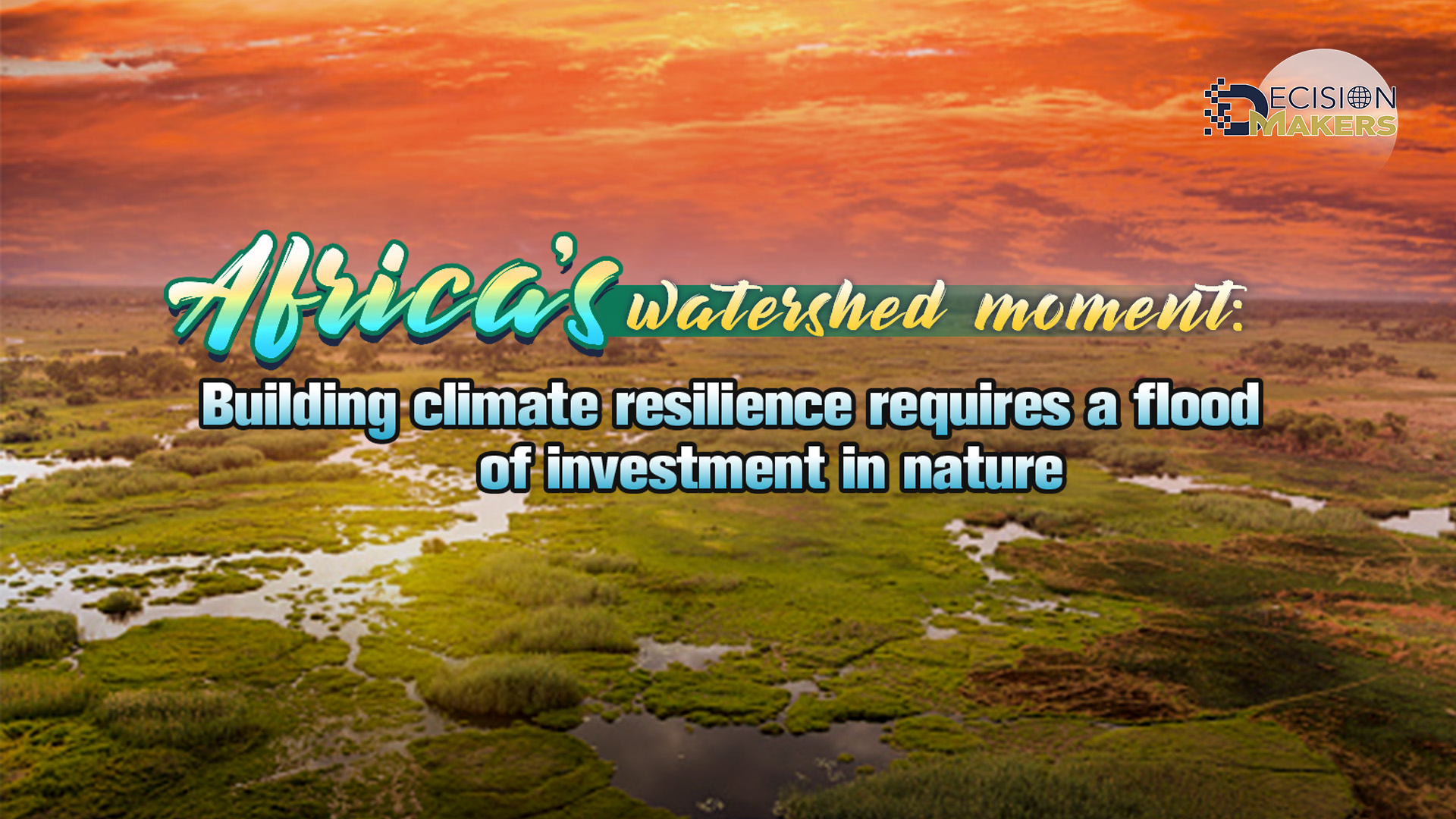 Editor's note: Decision Makers is a global platform for decision makers to share their insights on events shaping today's world. Akinwumi A. Adesina is president of the Africa Development Bank Group. Pavan Sukhdev is president of the World Wide Fund for Nature. The article reflects the authors' opinions and not necessarily the views of CGTN.

Devastating drought in Madagascar, ferocious floods across East Africa, and powerful cyclones in Mozambique – these recent natural disasters are just a taste of what Africa can expect as the climate crisis intensifies.

Climate change is powering ever more extreme weather events and disrupting precipitation across the continent. People and economies will increasingly feel the impacts of climate change through water – as it floods homes and businesses, disrupts supply chains, reduces agricultural yields, and as communities are deprived of clean water.

While negotiators at COP26 in Glasgow are focused on how to slash emissions rapidly enough to rein in climate change, the destructive impacts of a warmer world are here to stay. The recent UN Intergovernmental Panel on Climate Change report made it clear that these impacts will only get worse as dry areas become even drier and wet areas wetter. African countries are already struggling to cope with today's increasingly uncertain climate. They are not prepared for a future of greater climate extremes.

What we need is rapid and massive investment in initiatives that build resilience and strengthen climate adaptation across the continent. At least 50 percent of global climate financing should be directed towards adaptation, mirroring what the African Development Bank Group has already done. A much greater share should be invested in the health of Africa's freshwater ecosystems.

A third of Africa's people already face water scarcity, while nearly two-thirds of the urban population in sub-Saharan Africa struggle to access basic water services. Water risks for businesses and investors are growing. Water for all will remain a dream unless funds start flowing into the protection and sustainable management of Africa's rivers, lakes and wetlands.

Protecting freshwater systems is also vital to addressing the accelerating loss of nature, which threatens our future. As a recent report highlighted, wild freshwater fisheries provide food security and livelihoods for hundreds of millions of people across Africa. This includes some of the continent's poorest and most vulnerable people. Yet, these fisheries are facing a variety of threats, including the escalating impacts of climate change. 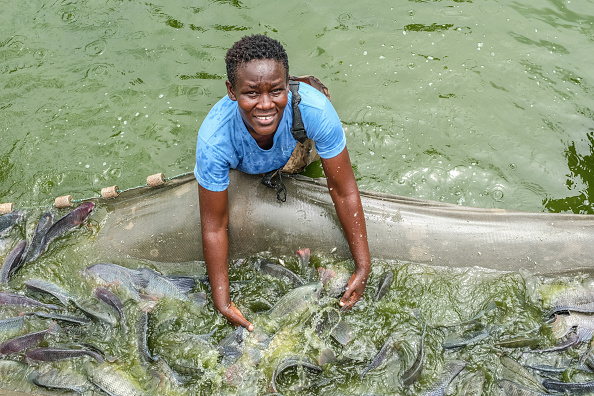 A farmer sets up a fishing net as she collects eggs from the ripe Felale fish in Kenya, October 31, 2019. /Getty

A farmer sets up a fishing net as she collects eggs from the ripe Felale fish in Kenya, October 31, 2019. /Getty

A combination of improved understanding, smart regulation and policy, and massively increased public and private investment can help Africa's freshwater systems adapt to the impacts of climate change.

Ambitious, large-scale nature-based solutions can enhance resilience, since healthy natural ecosystems are often our best defense against climate change. Protecting or restoring forested watersheds and floodplains can help mitigate the impact of extreme droughts and floods. Thriving mangroves can reduce the risks of storm surges and sea-level rises that can devastate coastal property and agriculture. If properly planned, some of these projects can simultaneously reduce carbon emissions, protect nature and create local employment.

This is not just theory. A lot of it is already happening. World Wildlife Fund's Blue Heart of Africa has brought together governments, the private sector and development experts to design large-scale adaptation initiatives. Conserving the Lukanga swamps in Zambia is helping to ensure water for agriculture, industry, power, people and nature. Protecting mangroves on Kenya's coast is reducing the risk of disaster. And restoring wetlands is making Kigali a more resilient city.

But well-developed plans are nothing without funds. The world needs to back ambition with billions more dollars for adaptation.

There is some good news. Public and private climate finance is increasing, reaching an estimated $608-622 billion in 2019, according to the Climate Policy Initiative (CPI). However, this is far from enough, and most of it funds reduction in greenhouse gas emissions rather than climate adaptation. Climate mitigation is, of course, essentially important since the more the world warms, the more it will face ever more devastating and deadly disasters. But although climate change is already harming many communities and countries, CPI found that only 7 percent of total climate finance was either aimed at adaptation or had adaptation benefits.

These are investments that promise outsized returns. The Global Commission on Adaptation estimates that an investment of $1.8 trillion in five key areas of climate resilience between 2020 and 2030 would generate more than $7 trillion in benefits.

But it is not simply a matter of pumping more money into climate adaptation in Africa. We will only build more resilient economies and ecosystems if new financing goes to the right projects in the places that need it most. This includes nature-based solutions that enhance the health of freshwater ecosystems. Success will depend on political leaders rallying meaningfully behind climate adaptation at scale.

This is Africa's watershed moment. By scaling up investment now in healthier rivers, lakes and wetlands, we can build more resilient communities, economies and countries and drive long-term sustainable development. As a continent that has contributed little and the least to global warming, Africa has been short-changed by climate change. Let us ensure that it is not also short-changed by climate finance.