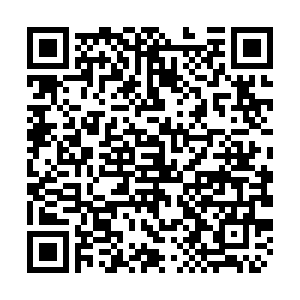 Authorities on the Spanish island of La Palma are telling people who live near an erupting volcano to stay indoors because of a heavy fall of ash that has forced the cancelation of flights and school classes.

The Cumbre Vieja volcano on La Palma, which is part of Spain's Canary Islands off northwest Africa, has been spewing lava, ash and gases for more than six weeks. The eruption has alternately surged and ebbed since September 19.

Local air quality is "extremely unfavorable" because of high levels of small particles in the air, emergency services belonging to the Canary Islands government said in a statement late Tuesday.

All flights to and from the island have been canceled because of the falling ash, according to Spain's national airport authority. 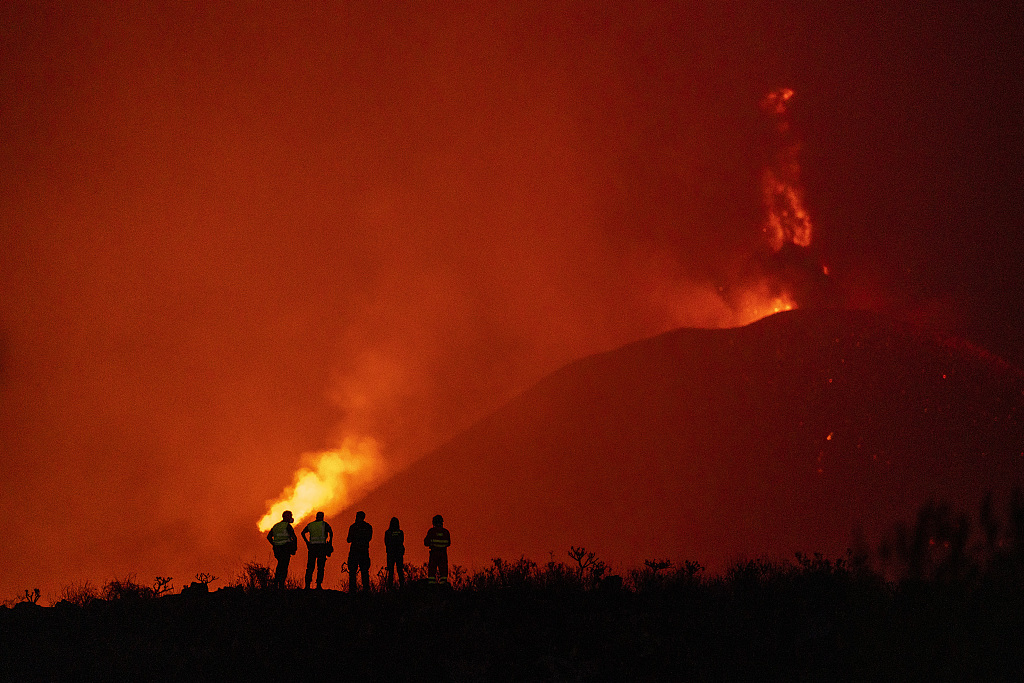 Police officers and emergency personnel look on as lava flows from a volcano erupting on the Canary island of La Palma, Spain, Tuesday, November 2, 2021. /VCG

Police officers and emergency personnel look on as lava flows from a volcano erupting on the Canary island of La Palma, Spain, Tuesday, November 2, 2021. /VCG

Scientists have said the eruption could last up to three months.

Around 85,000 people live on La Palma. Most of the island is unaffected by the eruption.

More than 7,000 people have been evacuated from their homes due to the threat from the flowing lava.

The molten rock has covered more than 9.97 square kilometers and crushed or damaged more than 2,200 buildings.

The volcano's constant roar and numerous earthquakes have also kept locals on edge. A magnitude 5 quake was felt on the island Wednesday morning, according to the National Geographical Institute.