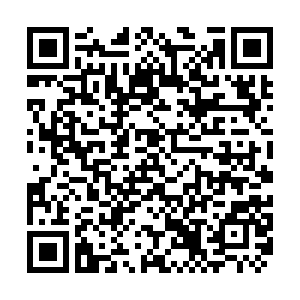 Iran will not leave the negotiating table, Iranian President Ebrahim Raisi said on Thursday, after the announcement that the Vienna nuclear talks will resume on November 29.

"As Iran has previously stated, we will not leave the negotiating table, but we will stand up to excessive demands that cause damage to the interests of the Iranian nation," he said.

The president's remarks were made on the occasion of Iran's National Day of Fighting Against Global Arrogance on the anniversary of the seizure of the U.S. embassy in the country after the 1979 revolution, the semi-official Iranian Students' News Agency (ISNA) reported.

He said Iran expects the next round of Vienna talks, aimed at reviving the 2015 nuclear agreement, formally known as the Joint Comprehensive Plan of Action (JCPOA), to be "results-oriented," and Iranian negotiators will "by no means fall short of the rightful demand of the Iranian people, namely the lifting of the iniquitous sanctions."

While pursuing the lifting of the sanctions, Tehran will simultaneously seek to neutralize their effects on the Iranian economy, he said.

Raisi said the United States has been hostile to Iran for seven decades, in a reference to the U.S.-backed coup that overthrew the Iranian government in 1953 during the nationalization of the country's oil resources.

On Wednesday evening, an agreement to resume the talks in the Austrian capital near the end of the month was announced by Iranian Deputy Foreign Minister and nuclear negotiator Ali Bagheri Kani, and later confirmed by EU and U.S. diplomatic sources.

According to Atomic Energy Organisation of Iran spokesman Behrouz Kamalvandi, Iran has almost doubled its stock of enriched uranium in less than a month,  IRNA reported late Wednesday.

"We have more than 210 kilogrammes of uranium enriched to 20 percent and we've produced 25 kilos at 60 percent, a level that no country apart from those with nuclear arms are able to produce," said Kamalvandi.

Iranian authorities have long said the boost in uranium enrichment, along with other measures to reduce some commitments under the JCPOA, is a reaction to the U.S. withdrawal from the deal and the failure of European signatories to protect Iran's interests amid U.S. energy and banking sanctions.