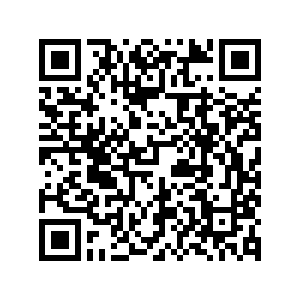 The need for speed is so entrenched in modern society that we often forget to press pause and ponder on all the things that get better with time. Think antiques, aged wine, long-term relationships, expertise over the years ...

Peking Opera, or Jingju (京剧) as it is known in its native China, is a slow process too.

Mastering the relatively young form of traditional Chinese theater (it's only 231 years old!) is nothing short of a lifetime pursuit, as the biographies of pros from the 20th-century superstar Mei Lanfang to the sexagenarian-and-still-spry Meng Guanlu attest.

An oft-repeated saying in the industry goes as follows: One minute on stage, 10 years off stage (台上一分钟，台下十年功). It's meant as a nod to the exigent nature of Peking Opera and a reminder of the skyscraping standards that ensure that any performance – no matter where or by whom – is done the way the forefathers and godfathers of the art had wanted it.

Peking Opera is demanding because of the extensive list of skills it requires. A performer is an actor, singer, dancer, acrobat, mime and martial artist all rolled into one. You're also expected to apply your own elaborate make-up, put on costumes so heavy there's a real chance you'd faint, and, depending on your character, work the stage in 15cm heels.

It's too much to take in so disciples usually start their career as children (as young as 7 sometimes), spending years in punishing and grinding training to condition their bodies and minds for the stage.

So what chance does a theater newbie with little patience and zero flexibility like me stand against Peking Opera? There's only one way to find out: I'm rolling up my sleeves and training under the guidance of veteran stage masters and rising talents in the field.

I have 100 days to cover the basics, hack some of the art's tricks and techniques and eventually perform in front of a crowd. Do I have what it takes to put on a successful show?

In Episode 1, we're taking things slowly. I tour an exhibit of Peking Opera memorabilia that belonged to stage masters from way back when, follow obscure clues to find my mentor and sit down to watch a play in flesh for the very first time.

For bonus content and behind-the-scenes footage, follow our show's Facebook page. We'd love to hear your thoughts and feedback, so make sure to leave a comment and if you have any question, shoot us a message.