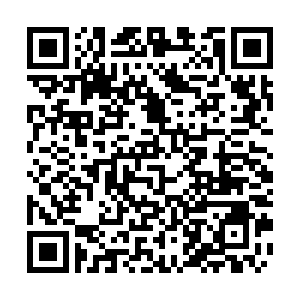 When a rotten egg smell, rises from the mangrove swamps of southeast Mexico, something is going well. It means that this key coastal habitat for blunting hurricane impacts, has recovered and is capturing carbon dioxide — the main ingredient of global warming.

While world leaders seek ways to stop the climate crisis at a United Nations conference in Scotland this month, one front in the battle to save the planet's mangroves is thousands of kilometers away on Mexico's Yucatan Peninsula.

Decades ago, mangroves lined these shores, but today there are only thin green bands of trees beside the sea, interrupted by urbanized areas and reddish segments killed by too much salt and by dead branches poking from the water.

A few dozen fishermen and villagers have made building on what's left of the mangroves part of their lives. Their work is supported by academics and donations to environmental groups, and government funds help train villagers to organize their efforts.

They first came to the swamp for seasonal restoration work more than a decade ago, with Jorge Alfredo Herrera, a researcher at the Center for Research and Advanced Studies of the Mexican Polytechnic Institute in Yucatan. He told them the mangroves needed a network of interlaced canals where fresh and salt water would mingle.

For digging the canal, the fishermen and villagers get paid only $4 a day. Men from Chelem, a fishing village of Progreso, turned down the job, but a group of women took over. They believed they could accomplish a lot with little money.

Recently, after an intense rainy season, the women worked to finish the second part of the restoration process: planting young mangroves in a swamp near this port city. Under the sun, they chuckled, remembering the time they encountered a crocodile and barely managed to run away.

Then they placed 20-inch mangrove seedlings into mounds of mud held together by mesh, creating tiny islands about a yard (meter) square.

"The happiest day is when our plants take," said 41-year-old Keila Vázquez, leader of the women who now are paid $15 a day and take pride in putting their "grain of sand" into the planet's well-being. "They are like our children." 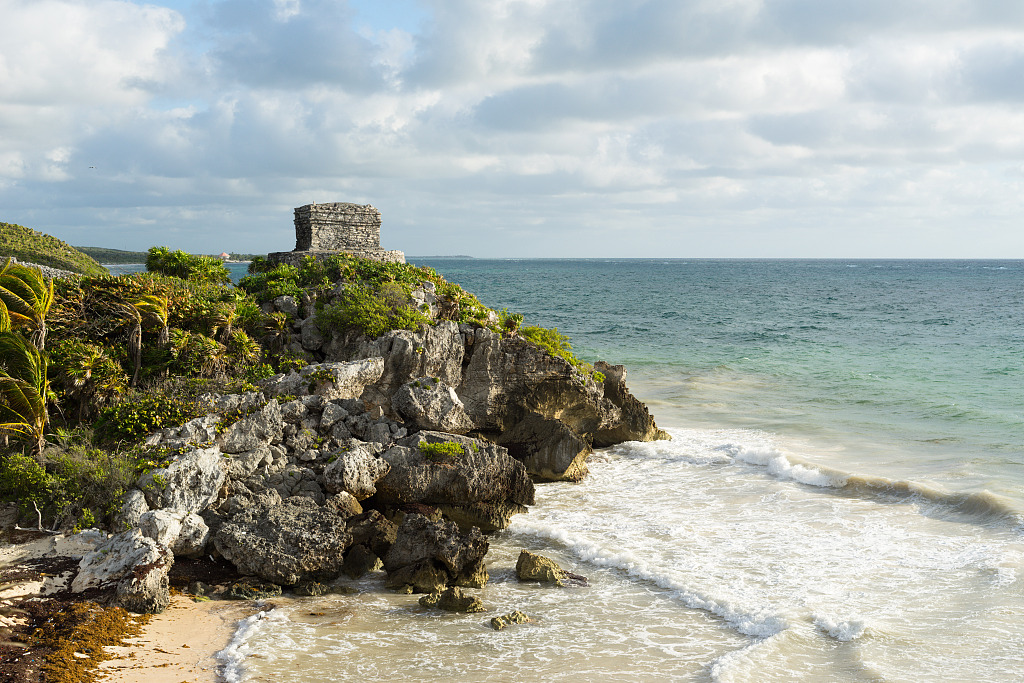 This mangrove restoration effort is similar to others around the globe, as scientists and community groups increasingly recognize the need to protect and bring back the forests to store carbon and buffer coastlines from climate-driven extreme weather, including more intense hurricanes and storm surges. Other restorations are underway in Indonesia, which contains the world's largest tracts of mangrove habitat, Colombia and elsewhere.

While the tropical trees only grow on less than 1 percent of the Earth's land, he said, "on a per-hectare basis, mangroves are the ecosystem that sequesters the most carbon...They can bury around five times more carbon in the sediment than a tropical rainforest."

Yet around the globe, mangroves are threatened.

From 1980 to 2005, 20 percent to 35 percent of the world's mangrove forests were lost, according to the U.N. Food and Agriculture Organization.

From 2000 to 2016, the rate of loss declined as governments and environmental groups spotlighted the problem, but destruction continued, and about 2 percent of the world's remaining mangrove forests disappeared, according to NASA satellite imagery.

In Mexico, as in much of the world, the largest threat to mangroves is development. The region near Cancun lost most of its historic mangroves to highways and hotels starting in the 1980s.

Tracts of mangroves on the country's southern Pacific coast, also have been cleared to make room for shrimp farming, while oil exploration and drilling in shallow waters off the Gulf of Mexico threatens mangroves there, said Aburto.

Mexico began to protect some of its mangroves only after the excessive tourism development of the 1980s. Although Mexico took steps to establish a climate action plan in 1998 and was one of the first developing countries to make voluntary commitments under the Paris Climate Accord, its commitment to the environment began to backslide in 2015, said Julia Carabias, a professor on the science faculty at the National Autonomous University of Mexico.

In the past six years, Mexico has cut resources for environmental conservation by 60 percent, according to Carabias.

That combined with increasing government support of fossil fuel energy, ongoing infrastructure and tourist projects in the region, sounds alarming.

Despite the country's monitoring system, local researchers say that for every hectare of mangrove restored in southeast Mexico, 10 hectares are degraded or lost. 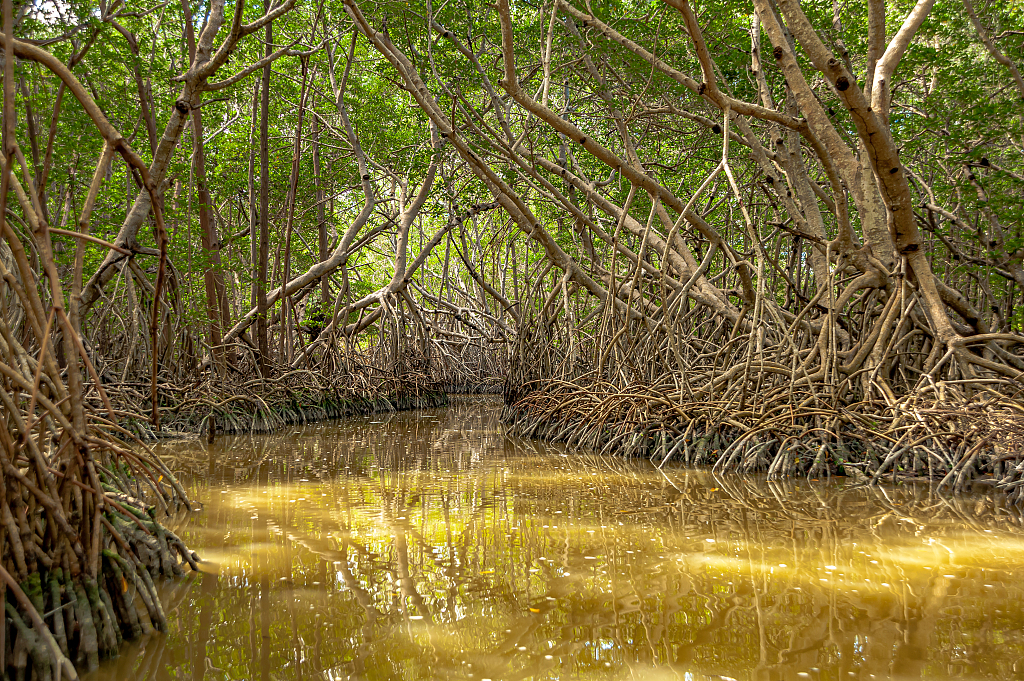 Efforts to Save Swamps

The halting efforts in Mexico to protect and restore mangroves (even as more are lost) mirror situations elsewhere. The U.N. Food and Agriculture Agency estimated in 2007 that 40 percent of Indonesia's mangroves had been cut down for aquaculture projects and coastal development in the previous three decades.

But there have been restoration efforts as well.

In 2020, the Indonesia government set an ambitious target of planting mangroves on 600,000 hectares of degrading coastline by 2024. Key ministries are involved in restoration efforts that include community outreach and education.

Yet there have been some setbacks. Precise mapping and data on mangroves is hard to come by, making it difficult for agencies to know where to concentrate. Newly planted mangroves have been swept out to sea by strong tides and waves. Community outreach and education has been slowed down by the COVID-19 pandemic.

In Mexico, successes exist, even if they are slow in coming.

Manuel González, a 57-year-old fisherman known as Bechá, proudly shows off recovering mangroves in the seaside community of Dzilam de Bravo, about 97 kilometers east of Progreso. He walks through mud, avoiding the interlaced mangrove roots that burrow into it. Some trees are already Nine meters tall.

In 2002, Hurricane Isidoro devastated this area, but after a decade of work, 120 hectares have been restored. The fisherman says that now storms don’t hit the community as hard. The fish, migratory birds, deer, crocodiles and even jaguars have returned.

But the mangroves face a new risk, as stumps scattered among the trees attest.

"In 10 years, you have a very nice mangrove for someone with a chainsaw to come and take it," González said. "That's something that hurts me a lot."

Cutting mangroves has been a crime since 2005, but González says authorities shut down and fine projects, only to have them later reopen.

The Yucatan state government said it is aware of complaints of illegal logging yet the harvest has only grown.

While more funds are needed for protection and restoration, some communities prefer to think about how to make conservation a profitable activity.

José Inés Loría, head of operations at San Crisanto, an old salt harvesting community of about 500 between Progreso and Dzilam, thinks the way to make the local mangrove part "of the community's business model" is using the new financial tools such as blue carbon credits.

Those instruments, already in use in Colombia and other countries, allow polluting businesses to compensate for emissions by paying others to store or sequester greenhouse gases.

Some in Mexico say credits are still not well regulated in the country and could invite fraud and scams. But Loria defends them. "If conservation doesn't mean improving the quality of life of a community, it doesn't work."