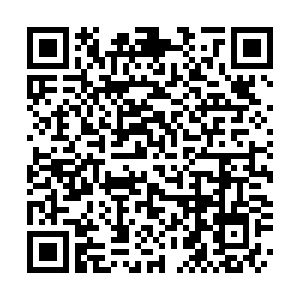 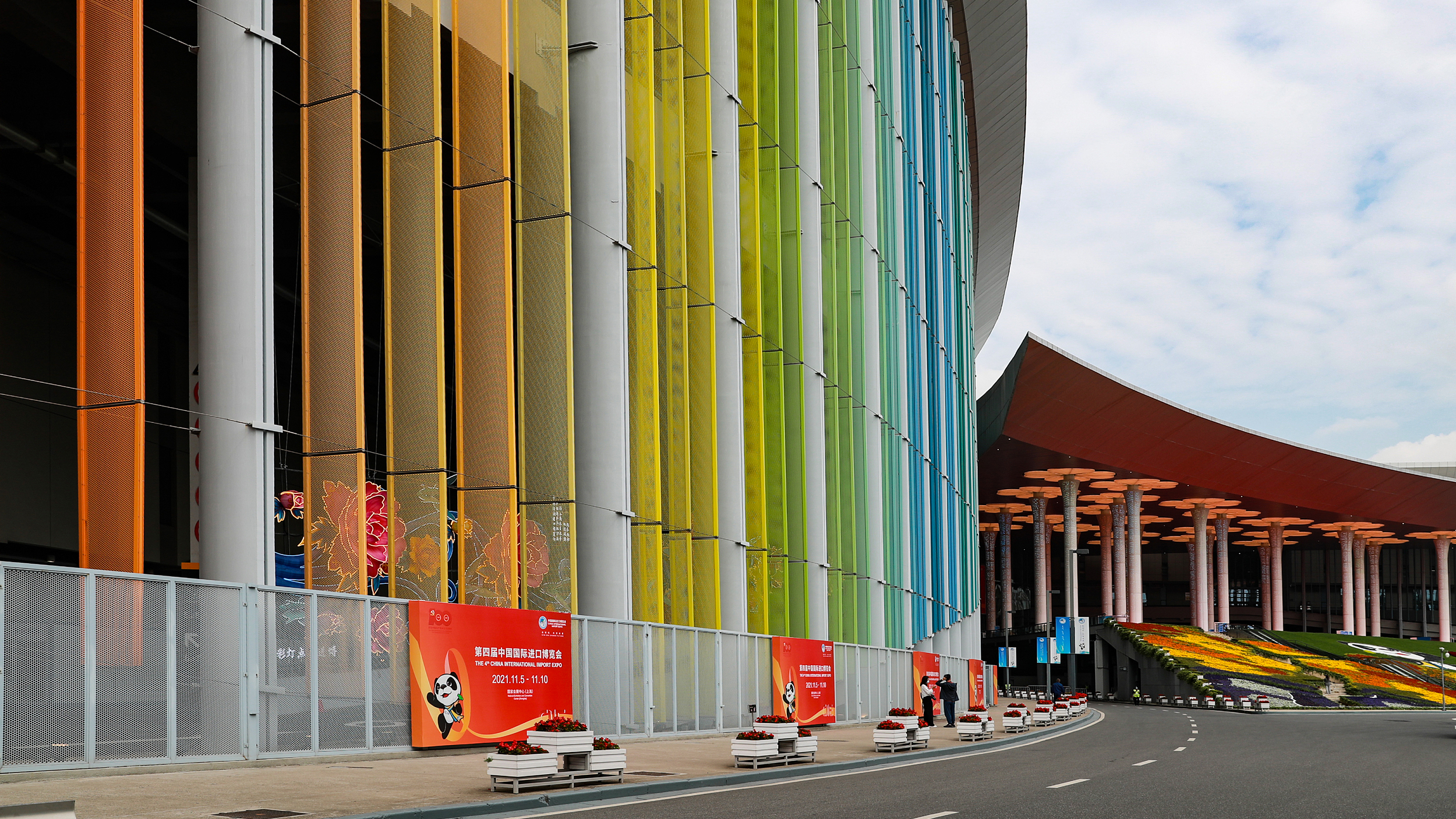 From sleep machines to AI-controlled house cleaning robots, a wide variety of cutting-edge technologies and products are being exhibited at the 4th China International Import Expo (CIIE) in Shanghai.

As the world's first national-level import-themed trade fair initiated in 2018, the CIIE has been a crucial platform for promoting international trade. According to its official statistics, more than 1,200 buyers with an annual import value of over $100 million have participated in the expo this year. This year also marks the 20th anniversary of China's accession to the World Trade Organization (WTO).

Companies are presenting their newest and flashiest products to global manufacturers, retailers and consumers. Green and low-carbon technologies, such as electric bicycles, are highlighted at the expo. Also, high-tech products like electric stretcher beds have also made their debut at the venue. Here is a slew of products you don't want to miss.

For city-dwellers worldwide, a daily commute is often a source of headache. Emove Inc, an exhibitor from Argentina, has presented electric bicycle Brina 2 as a solution that saves both a user's time and energy. It is the first carbon fiber e-bike designed by the company running on long-range Samsung lithium batteries. Consumers can enjoy a ride on Brina 2 at a maximum speed of 25 miles per hour.

Currently, Brina 2 is the lightest e-bike on the market, weighing only 35 pounds. Almost all the components are designed within the carbon fiber frame. The aerodynamic design makes the ride more stable and comfortable than other conventional e-bikes.

E-bikes and scooters have become a common sight in major European cities over the past few years. It is expected that there will be an increase in electric bicycle use for transportation and recreation. Industry analysts estimate that more than 12 million electric bicycles will be sold in the U.S. between 2020 and 2030.

The electric bike has been an essential mode of transportation in cities and some rural areas in China. The market will further increase in mountainous areas in southwest China due to the improvement of e-bike's gradeability and middle-range cruising capacity. 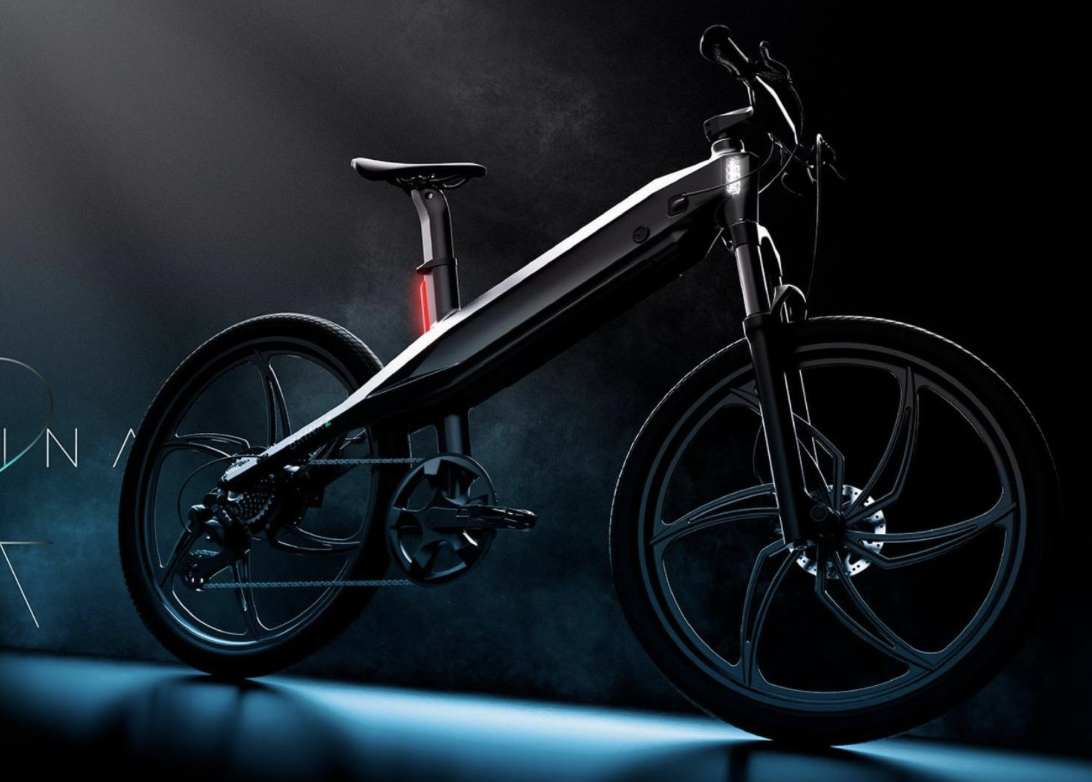 AI robot – a right-hand assistant for life and production

AI robot from Agile Robots AG, a leading intelligent robotics company from Germany, helps make life and work easier. With the ability to synthesize and adjust motion trajectories in real-time, the robot can be used in multiple industrial scenarios. For instance, it can aid humans in tasks like loading and unloading, gluing, polishing and quality inspection.

Founded in 2018, Agile Robots is a robotics software platform company headquartered both in Munich, Germany and Beijing, China. Currently, the company is the only unicorn in the intelligent robotics field, valued at $1 billion. In September 2021, the German-Chinese start-up announced the completion of a Series C financing with a total investment of $220 million. 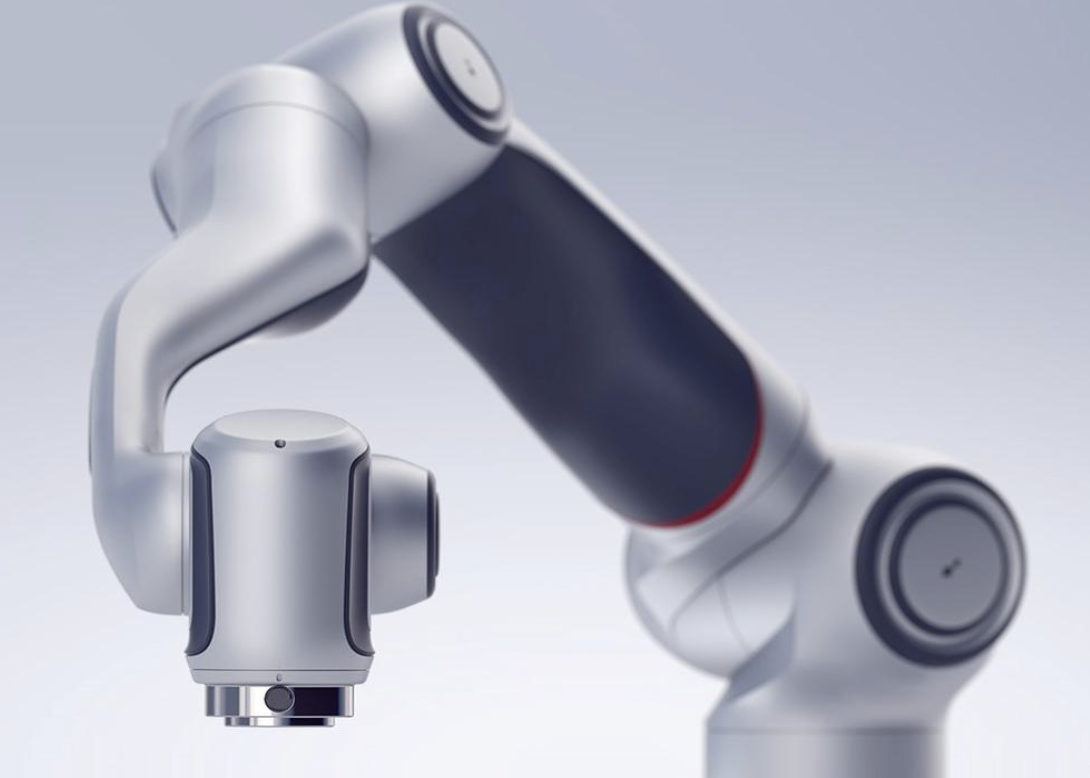 LUMIFLON is the world's first solvent-soluble fluoropolymer developed by AGC Inc. from Japan in 1982. The product is used for industrial paints and coatings to protect surfaces from corrosion.

Fluoropolymer coatings can sustain surfaces in good condition for a long time while protecting their functionality. For instance, it is applied to airplanes' wiring insulation to reduce the risk of fire on aircraft. With strong binding energy to prevent degradation caused by factors like ultraviolet light, it helps to protect the painted objects and lowers maintenance costs.

According to the Global Industrial Coatings Market Outlook to 2026 report, the industrial coatings market is expected to witness a fast growth rate worldwide. There is an increasing demand for protective coating in several industries, like the aerospace, automotive and marine industry, which is a primary driving force of the global market for industrial coating. 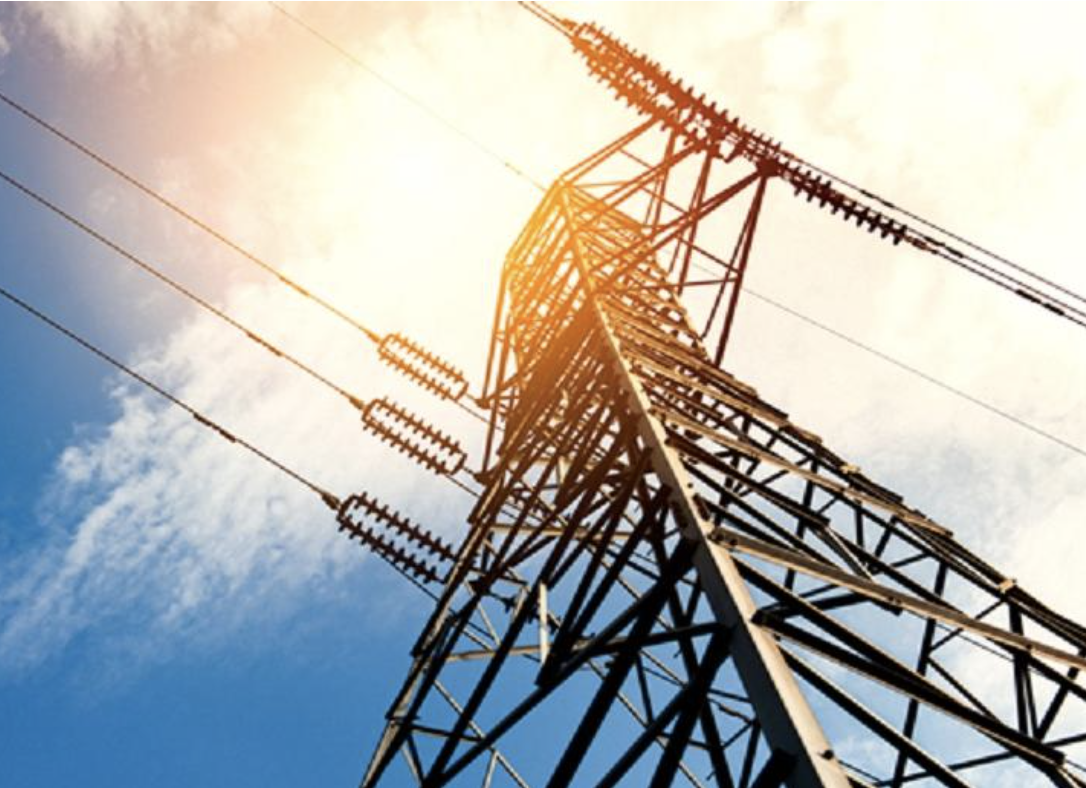 Fluoropolymers can be used to insulate and protect wires or cables due to its chemical and temperature resistance. /CIIE

Fluoropolymers can be used to insulate and protect wires or cables due to its chemical and temperature resistance. /CIIE

Power-PROXT is an electric ambulance stretcher trolley designed by Stryker Corporation from the U.S. Compared with traditional stretchers, Power-PROXT was driven by a high-speed motor that enables it to easily lift or lower a load weighing 318 kilograms within 2.4 seconds. More importantly, it can smoothly and safely lift and move without jostling the injured, providing greater safety for patients.

The ambulance cot has higher vehicle adaptability. It can load and unload in any vehicle with a floor height that ranges from 36 - 91 centimeters, which makes the process of loading a patient into the back of an ambulance much easier.

With safety standards of dynamic crash tests, it can effectively protect patients even if a crash occurs in an ambulance. Besides, it is very convenient for daily cleaning and maintenance due to its good water resistance. 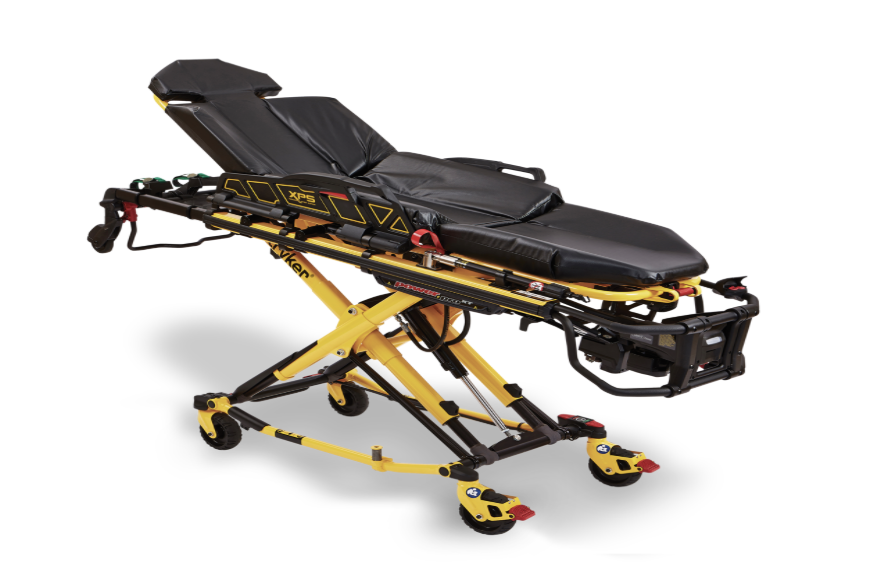 Up to 30 percent of people in American society are chronically sleep-deprived, according to Calgary's Center for Sleep & Human Performance. A recent study published in the journal Annals of Human Biology found that more than two-thirds of surveyed 1,113 undergraduates and post-graduates in Brazil are experiencing poor sleep quality. Over half of them also suffered from excessive daytime sleepiness (EDS), who are twice as likely prone to depression.

The sleeping cabin made by The Dow Chemical Company from the U.S. can provide its users a better sleep. The cooling pad with the Aquachill technology material can provide customers with a more comfortable sleeping experience. Also, the mattress is high air permeable with the molecular structure design that creates a deeper and more refreshing sleep.

Using the right pillow to adjust the sleep position is also very important for a good shut-eye, according to a study by the Dow ComfortScience team. For instance, side sleepers may need a thicker pillow to hold the neck and head at the right height to prevent unnecessary strain. The sleeping cabin includes a spring-cotton pillow that is probably ideal for consumers who want better sleep. 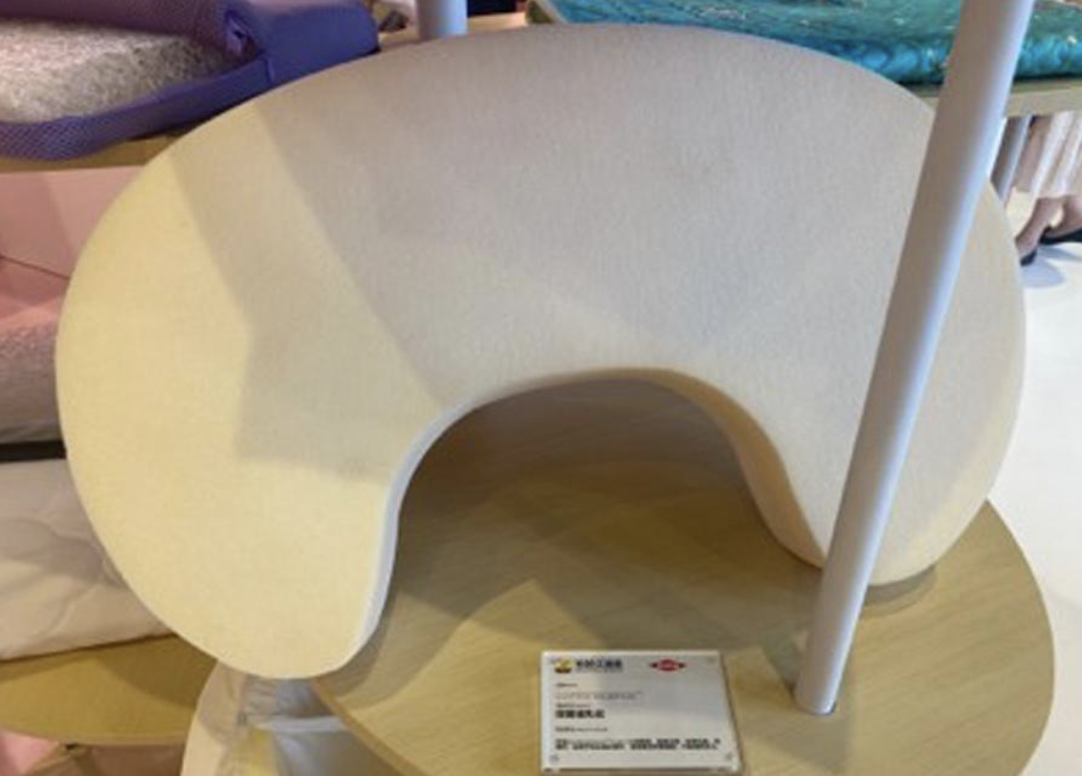 The sleeping cabin made by The Dow Chemical Company. /CIIE

The sleeping cabin made by The Dow Chemical Company. /CIIE