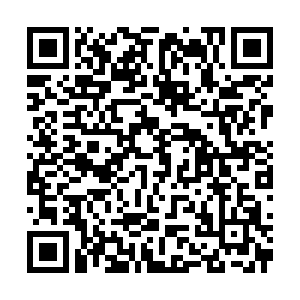 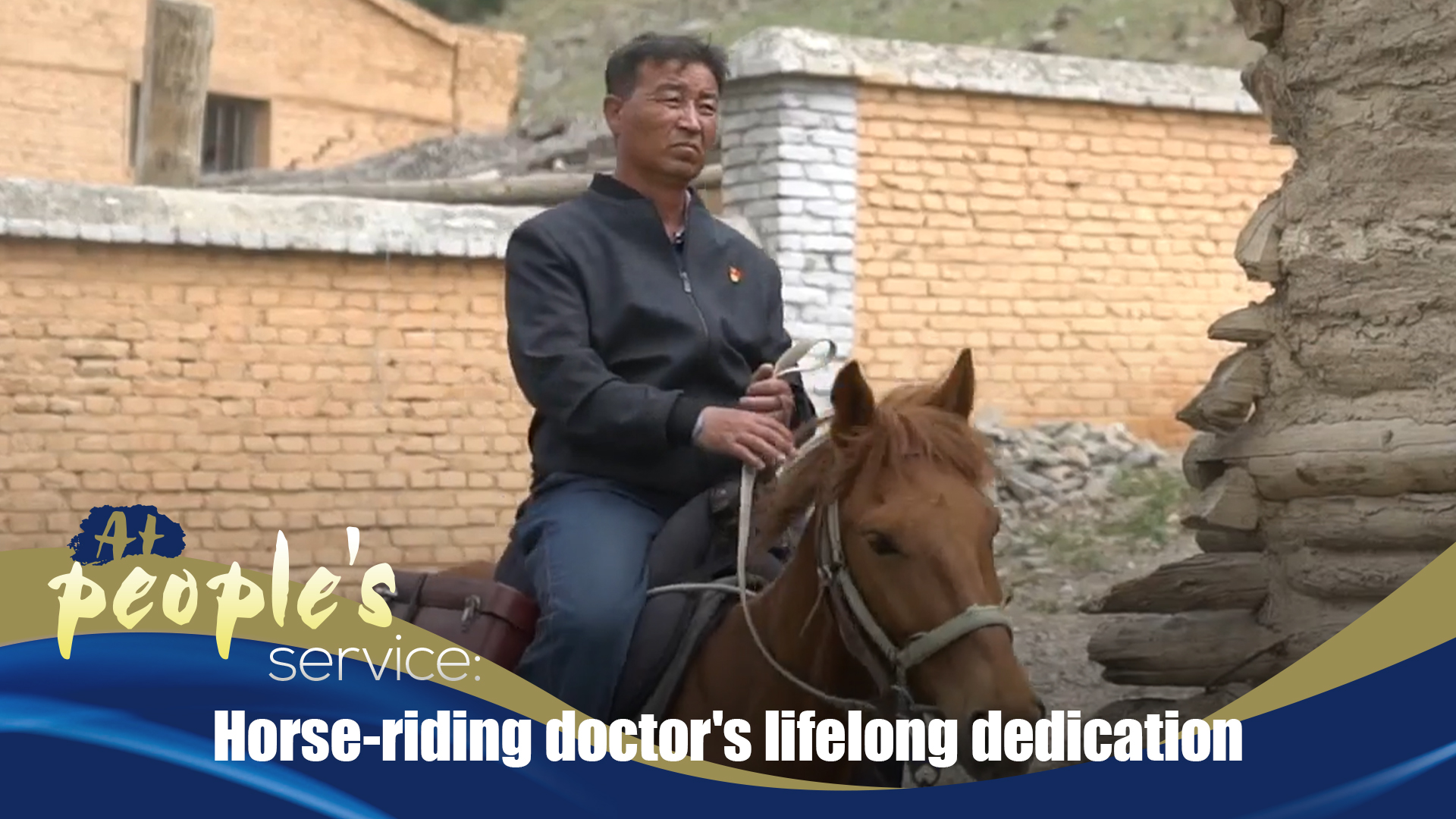 For physician Jumatay Awbakirule, horse riding is an indispensable part of his daily routine. For nearly three decades, the Kazakh has been taking care of patients in a desolate mountainous area with no access to electricity or a TV.

He works out of the Bozadar Ranch Health Center, a small clinic in a winter ranch in northwest Xinjiang Uygur Autonomous Region's Tekes County. It caters to the medical needs of over 2,000 herdsmen. Fortunately, the community can count on Jumatay, who puts his patients first, even at the risk of his own life.

Jumatay doesn't have the luxury of just sitting in his office and waiting for patients. He needs often to travel long distances to their homes on horseback through the treacherous terrain of slippery ice and steep cliffs. But cold weather and difficult travel conditions have not deterred him. He heeds patients' calls over and over again, no matter the cost.

He recalls a cold night during the winter of sometime around 1997 and 1998 when he was awoken by a herdsman knocking anxiously on his door.

The herdsman told the doctor that his child had a very high fever and couldn't even get out of bed. The pair left for the herdsman's home right away, in the middle of the night when freezing temperatures posed extreme challenges. 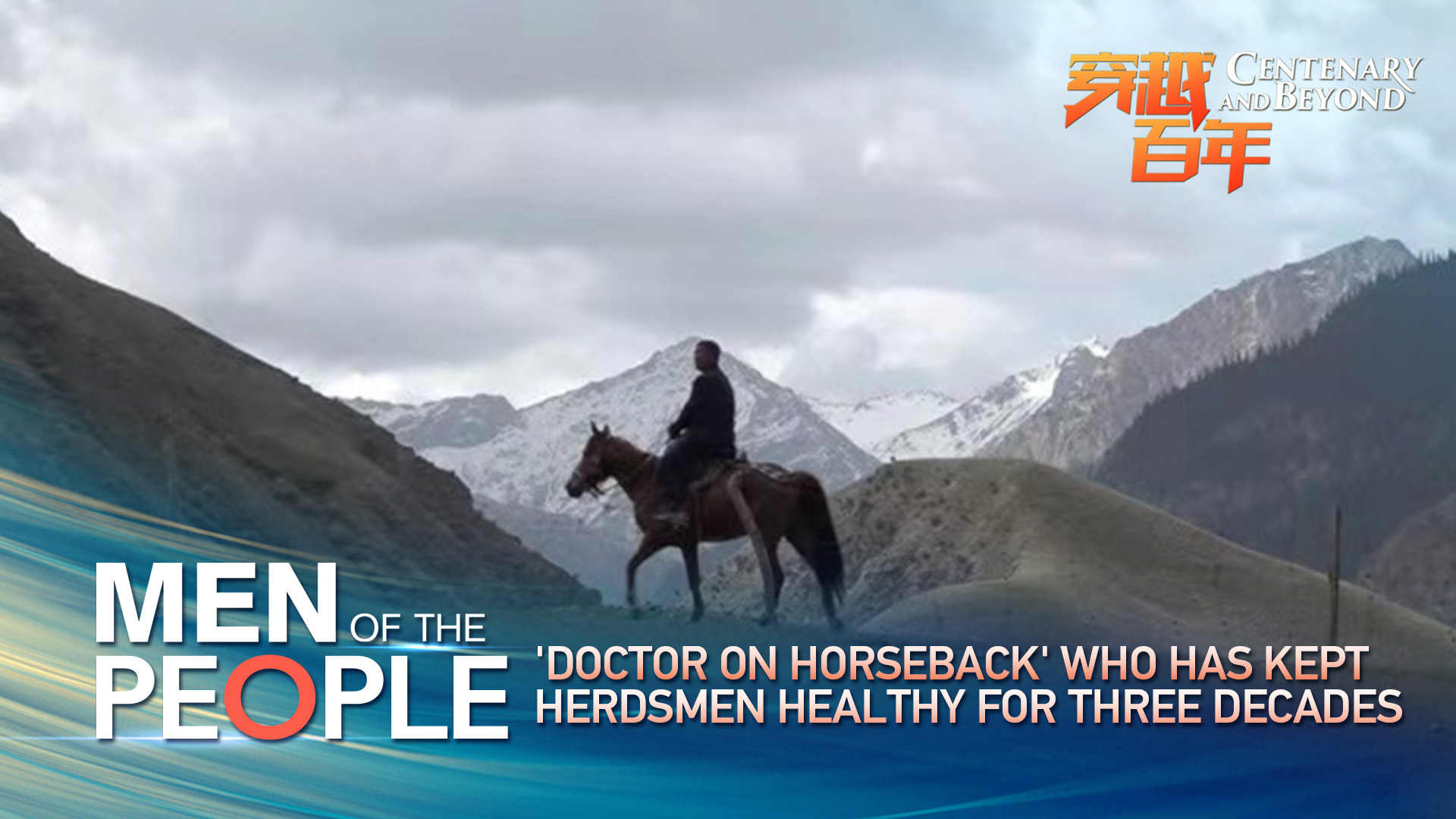 A narrow cliff slowed the two horse riders as they neared their destination, forcing them to dismount and walked on to lead their horses through.

But the doctor's horse slipped and fell off the cliff, dragging Jumatay along down.

The horse tumbled some 80 to 100 meters down the rocky slope and died while Jumatay sustained permanent knee damage. "My leg was hurting so bad," he recalled.

Despite the pain, Jumatay managed to make it to the herdsman's home and treated the child.

Over his medical career, the doctor estimates that he has covered more than 260,000 kilometers on duty in conditions similar to those he confronted on that night. He has been nicknamed "plane," having once taken a highly risky shortcut that drastically shortened the time he spent racing to a pregnant woman who was having a miscarriage.

Three decades on, better roads are being built. And locals can access electricity through solar energy and generators. To ensure safety, medical staff are now grouped into teams of three or four for trips deep into the mountains. Yet, Jumatay wonders whether the newly recruited doctors are up to the challenges he conquered years back.

In 1992, when he first joined the clinic, he was bewildered by the harsh conditions and was unwilling to stay there. Then a fresh college graduate, he returned to his hometown without telling the head of the clinic.

His father, also a doctor at the clinic, reminded Jumatay that he is the grandson of a herdsman, and the duty of doctors is to help people. Soon after, Jumatay decided to stay on.

Today, he is still carrying his father's 42-year-old medical kit and hopes his children can replace him when he is too old to traverse the mountains.

Two of Jumatay's children are studying medicine and say they are proud of their father, who was awarded the title of "the most beautiful village doctor" and countless other honors.

While there will still be the same challenges for Jumatay's children, their job may get easier as China has been substantially improving its health care system.

From 2018 through 2020, the national health commission rolled out a smart hospital framework that allows all residents from poverty-stricken counties, including where Jumatay works, to be treated by doctors online. As China continues to prioritize the construction of community-level medical and health services, clinics like the Bozadar Ranch Health Center have also undergone profound changes.

Jumatay, who has spent some time learning traditional Chinese medicine (TCM), plans to open a TCM-combined hot spring division in a clinic that used to have only the most basic equipment.