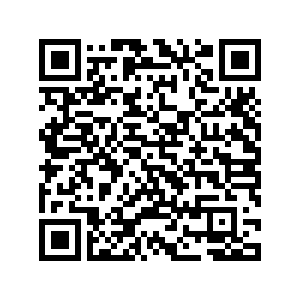 Once again, residents of India's capital woke up to see their city shrouded in toxic air on Saturday as pollutants in its air reached a level hazardous even to healthy people.

The authorities' figure show that the Air Quality Index (AQI) surged to 451 on a scale of 500 - the highest recorded this year - indicating "severe" pollution that affects healthy people and seriously impacts those with existing diseases. Anything above 60 is considered unhealthy.

While the city with a population of 20 million has been plagued by the dangerous particles in the air for years, Saturday's smog blanket was compounded by some recent factors.

A major Indian festival Diwali saw celebrators burning firecrackers in defiance of a government ban on Thursday, sending chemical fumes into the air.

Doctors in the city reported a 20 percent increase in the number of patients complaining of respiratory trouble such as shortness of breath, wheezing, and incessant coughing. They are also worried if the patients who have just recovered from COVID-19 could stay afloat.

On Friday morning, over 20 vehicles, confused by the poor visibility, piled up on an expressway in the city.

Making matters worse, farmers in the Delhi's neighboring states of Punjab and Haryana have been burning the stubble left after the autumn harvest season to prepare their fields for the next growing season. This year's burning is even worse than last year's, according to Delhi environment minister Gopal Rai, who pointed out that as many as 3,500 incidents of stubble burning were reported in the neighboring states on Friday, while around 4,000 were reported on Saturday.

The government's monitoring system show the stubble fires accounted for up to 35 per cent of New Delhi's PM2.5 levels on Saturday.

Amid accusations of inaction, the city government has deployed 114 tankers to spray water across the city in a bid to reduce the mounting levels of air pollution and settle the dust. It has also banned 92 construction sites for violating regulations on pollution.

Reports show that the toxic air kills more than a million people annually in India and takes an economic toll on the country's capital city and its populous northern states .

A report released in September by a U.S. research group show that air pollution could shorten Indian people's life expectancy by nine years.