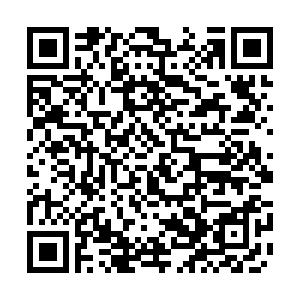 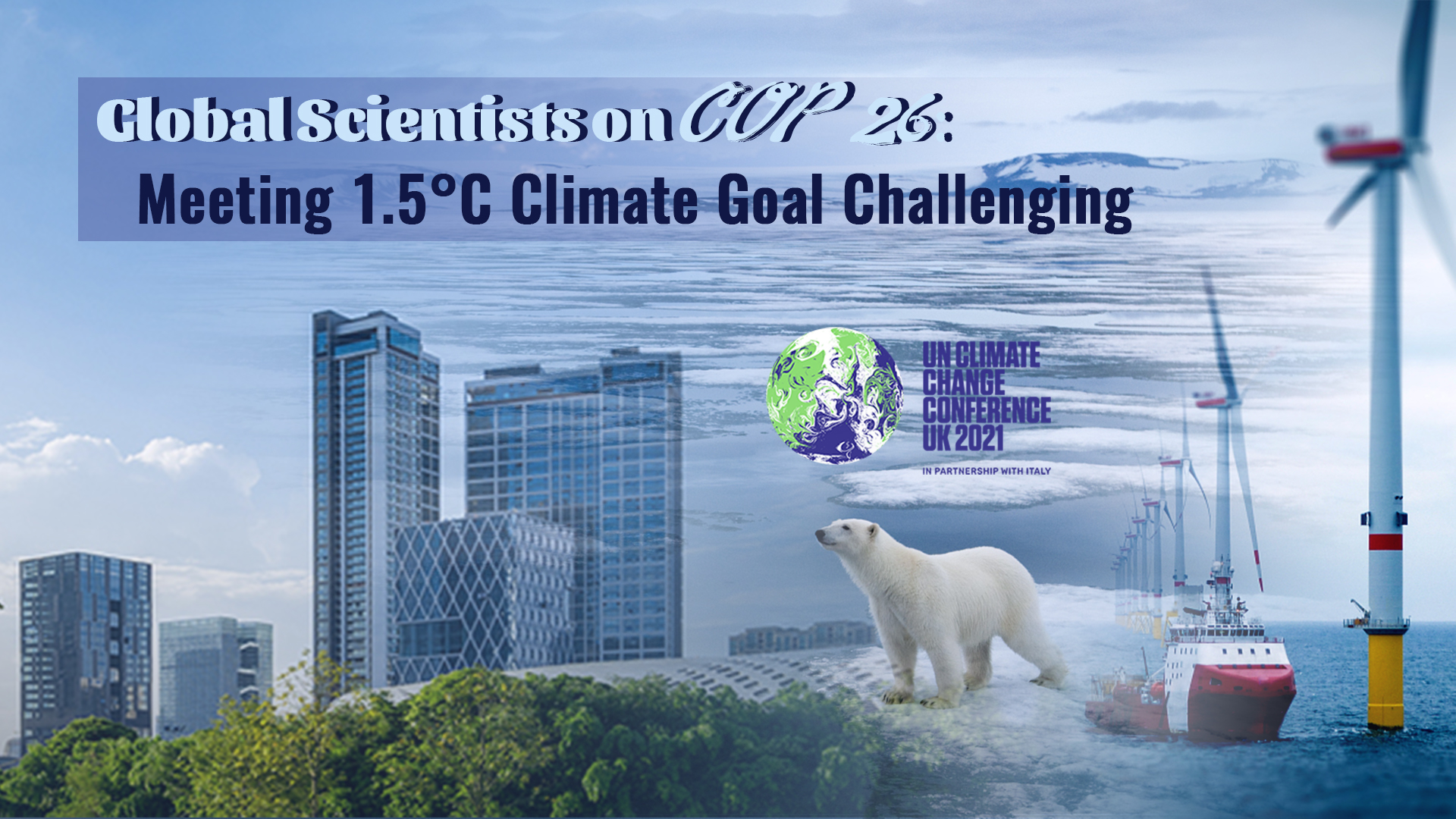 Editor's note: In meeting the 1.5°C target, what challenges are we still facing? And how shall we figure out and more importantly, implement the solutions? Check it out in this episode of The Hub with Wang Guan.

"Meeting the 1.5°C target is challenging and requires dramatic efforts instead of incremental steps."

That's the message from a select group of global scientists in an interview with The Hub with Wang Guan on CGTN, on the sideline of The International Science Council's Conference on Urban Health and Wellbeing (UHWB), hosted by the Institute of Urban Environment, Chinese Academy of Sciences. The conference coincided with the ongoing COP 26 meeting in Glasgow the UK where keeping the 1.5°C goal alive has been a major call from global leaders.

The 1.5°C target refers to the limit set out in the Paris Climate Agreement, capping global temperature rise in the 21st century to 1.5°C above pre-industrial levels.

"We've got a hard road ahead of us, because we have to dramatically drop 50% of our carbon emissions really by 2030. That means we have to take large steps, not incremental steps.” Philippa Howden-Chapman, Fellow of Royal Society of New Zealand-Te Aparāngi and Distinguished Professor of Public Health at the University of Otago told The Hub on CGTN.

Dr. Zhu Yongguan, Academician and the Science Director of the Institute of Urban Environment at the Chinese Academy of Sciences told CGTN that mankind "needs to get in touch with the nature again, because general urbanization has cut the human-nature contact greatly".

Wang Guan: At the ongoing COP 26 in Glasgow, the UK, there had been repeated calls from UN Secretary General, from prime ministers, presidents for meeting the goal of 1.5 °C's cap. Do you see that happening? Let me start with you, Philippa.

Philippa Howden-Chapman: I think we've got a hard road ahead of us, because we have to dramatically drop 50% of our carbon emissions really by 2030. That means we have to take large steps, not incremental steps. And it's great to see China committing to be carbon neutral by 2060, because I think the big countries have got to show the way. We know that if we cut, reduce the cars in our cities by congestion charging or making it like the British that you can't buy fossil fuel vehicles after 2030, then people take public transport, like rail, cycle, walk, and that has benefits for people's health and wellbeing. So if we can agree to work together and we can get the social license to do it both within countries, within cities and between governments who see that we've got to have some global governments here, if we're going to make that – stop the world being an inferno.

Franz W. Gatzweiler: I think the urban health community and the concept of urban health may have started off as trying to understand what makes healthy life in cities. And there are obvious health benefits from living in cities, like living in good homes, well-heated homes in winter, eating healthy food, having access to transportation and breathing clean air and so on. We have a pretty good understanding of that kind of health in cities. But there are also other invisible factors like the urban micro biome or mental health in cities, and other social determinants of health which we are just starting to understand. But then if we go a step further towards this, what you mentioned the "systems approach", it is really understanding health more as an interdisciplinary and integrated concept. It's not just about human health in the urban environment, but it's also the health of the urban environment, the health of cities and healthy environments.

Wang Guan: Doctor Zhu, how much urban green space do city dwellers need to be healthy? And why is the connection to rural and suburban areas so important?

Zhu Yongguan: Thank you. Scientifically, it's a big question, because we still don't know how sufficient green space is sufficient for a healthy urban environment. But in general, I think the scientific community is gaining lots of data to support that the more green space we can bring to the cities, the much healthier the city is. And also because people are all coming from the nature. We have our so called "old friends". These "old friends" are in the nature – the microbes. We can't see them, but they are everywhere. So if you visit like a green park, you will expose yourself to the natural microbial community. So you're likely to have much healthier microbial community on your skin, or even in your gut. And also by having healthy food, you will improve your microbial community in your gut. And we know now that the gut micro biome has some linkage with our brain, with our other organs in the body. So overall, I think we need to get in touch with the nature again, because general urbanization has cut the human-nature contact greatly, but we should restore that.

Wang Guan: Get back in touch with nature sounds great to me. I'm a big fan of letting scientists speak on scientific matters, instead of letting politicians speak about those issues. So it's a rare occasion to have all of you here today joining us on The Hub on CGTN, any one last thought you want to share with our audience, Carlos?

Carlos Dora: I think the human connection – the connection that we have with others – is something very essential to our own wellbeing, in addition to linking with nature and getting engaged in transforming and improving your local environment with others who live in the same and share the same local environment, I think, is one of the things that can help us move beyond the barriers of the transition to a greener economy. It's not all about the economy. It's not all about what's external. It's also about the internal. And the connections and the linkages that we build with others, I think are parts of the solution. And I think the COVID has started this: we share more; we now made neighbors to be understood better. Where we live is important to our own health, and to the health of others. So that idea of solidarity and building together a better future is something which is a key ingredient for moving towards a better model of development.