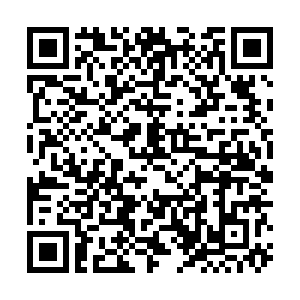 The last time "Thug" Rose Namajunas faced an opponent and got it all over and done with in one night was when she beat Michelle Waterson at a UFC on FOX event in 2017. Since then, she's had this uncanny ability to shock her opponents and cause the UFC to trigger an immediate rematch clause on three different occasions.

Her first bouts with Joanna Jedrzejczyk, Jessica Andrade and Zhang Weili ended in stunning finishes; she knocked out both Jedrzejczyk and Zhang – something nobody else has done before or since to either woman – and was knocked out by Andrade, who caught her with a vicious slam having spent almost eight minutes losing the fight.

With both Jedrzejczyk and Andrade, the follow up went the distance and ended in decision victories. Namajunas is a notoriously emotional fighter; her cornerman and fiancé Pat Barry spends most of his time between rounds encouraging her and giving her pep talks instead of giving advice. And yet it feels like she spends her time between fights meticulously studying her opponents to ensure the second result against them leaves no doubt who the better fighter is.

This time, defending her strawweight championship against Zhang at UFC 268, it felt like the first time her opponent did the same thing. She totally changed her gameplan and relocated to the U.S. to train with Olympic gold medalist and former two-division UFC champion Henry Cejudo. 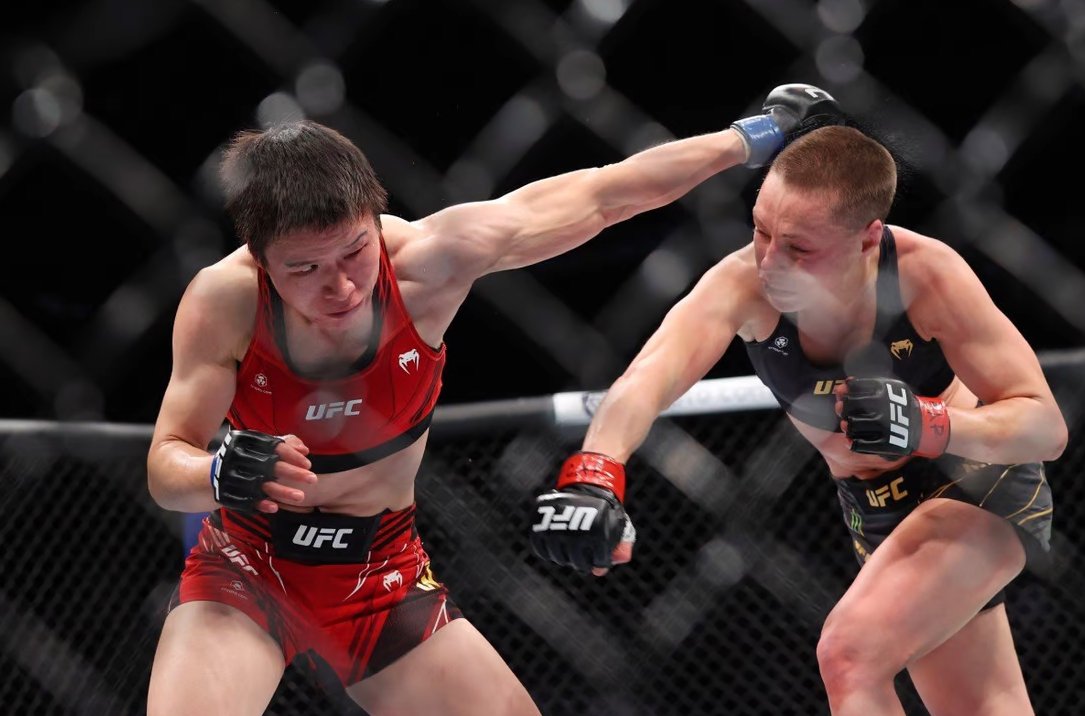 It didn't take long for his judo mastery to make itself clear. In the opening round, both Namajunas and Zhang committed to avoiding each other for the opening minute or so to ensure there wasn't another flash finish – and then they engaged and Zhang hung around at a distance, peppering the champion with leg kicks before darting in for a bodylock takedown.

The following exchange would come to define the bout. While Zhang was in top position and landing heavy punches, Namajunas was constantly scrambling and soon got back to her feet. Usually the phrase "styles make fights" refers to techniques – in this case Zhang's sanda versus Namajunas' traditional MMA style – but in this instance, it meant physicality: strength versus flexibility.

In the second and third frames, Zhang was able to impose this strength on Namajunas, but at significant cost to her endurance. The wily champion perpetually pressed forwards while the challenger tried to maintain leg kick distance, but every so often, Namajunas would press a little too hard and get absolutely walloped.

This, combined with the perpetual, necessary backwards and lateral movements, had Zhang breathing heavy in the championship rounds, even though it was Namajunas showing battle damage on her lead leg and face.

In Round 4, the latter part of "martial arts" came to the fore as the two fighters were so evenly matched in alternating ways that the winner of those particular five minutes is entirely up to audience interpretation. According to UFCstats.com, Zhang's much improved grappling got her two out of her three attempted takedowns; the first of those Namajunas escaped instantly, the second she held onto while Namajunas scrambled through it with dangerous looking contortions and closed the round in top position. 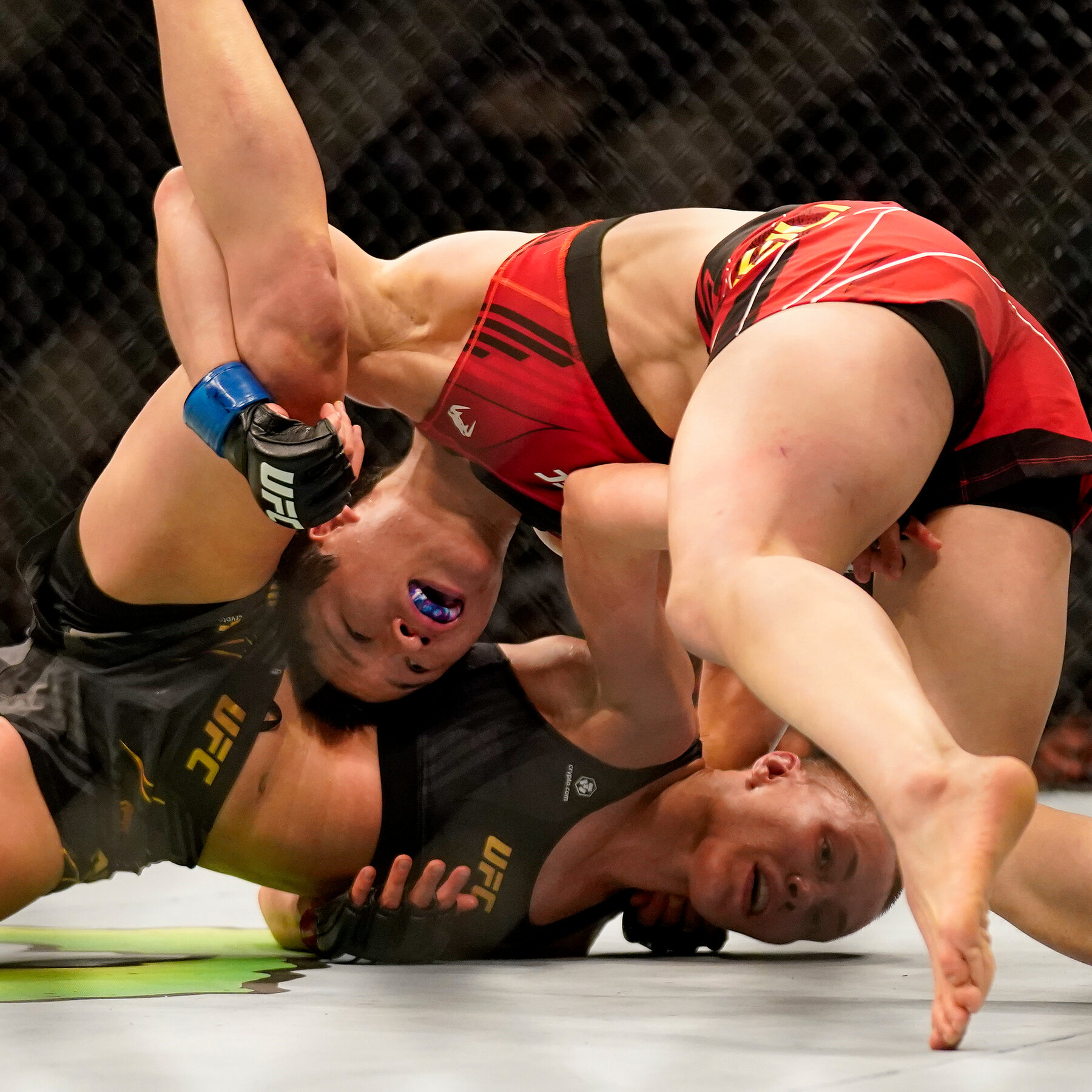 Zhang Weili and Rose Namajunas wrestle on the mat. /Zuffa

Zhang Weili and Rose Namajunas wrestle on the mat. /Zuffa

What's more important: takedowns or control? Grappling or striking? The ability to escape or the ability to do damage? The fluidity of the ground game combined with the alternating attack and defense of both fighters made this round the most difficult to score but a dream to watch. There was no doubt about it, no matter who won, both Rose Namajunas and Zhang Weili are world class competitors.

That being said, in the fifth and final round, Zhang was spent so it almost seemed like Namajunas' emotions would be the deciding factor as she began so amped up that she forgot her mouthpiece, forcing the bout to be halted for a few seconds. Then when she got into it, she went for Zhang at full speed and weathered some hooking blows to deliver a Goldberg-style spear into a takedown. Namajunas was too concerned about Zhang potentially powering out to do any damage but Zhang herself was so tired that she couldn't get the champion off her.

When the bout was over, and both women were standing in the center of the Octagon with referee Marc Goddard waiting to hear the result, there was a nervousness. It was close enough that it reasonably could have been declared a draw. Rose Namajunas was ultimately declared the winner by split decision - even more notable is that all three judges tallied the scores in three different ways: 47-48, 46-49 and 48-47. A hard fought and well deserved win that was also razor close.