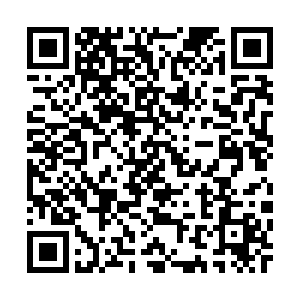 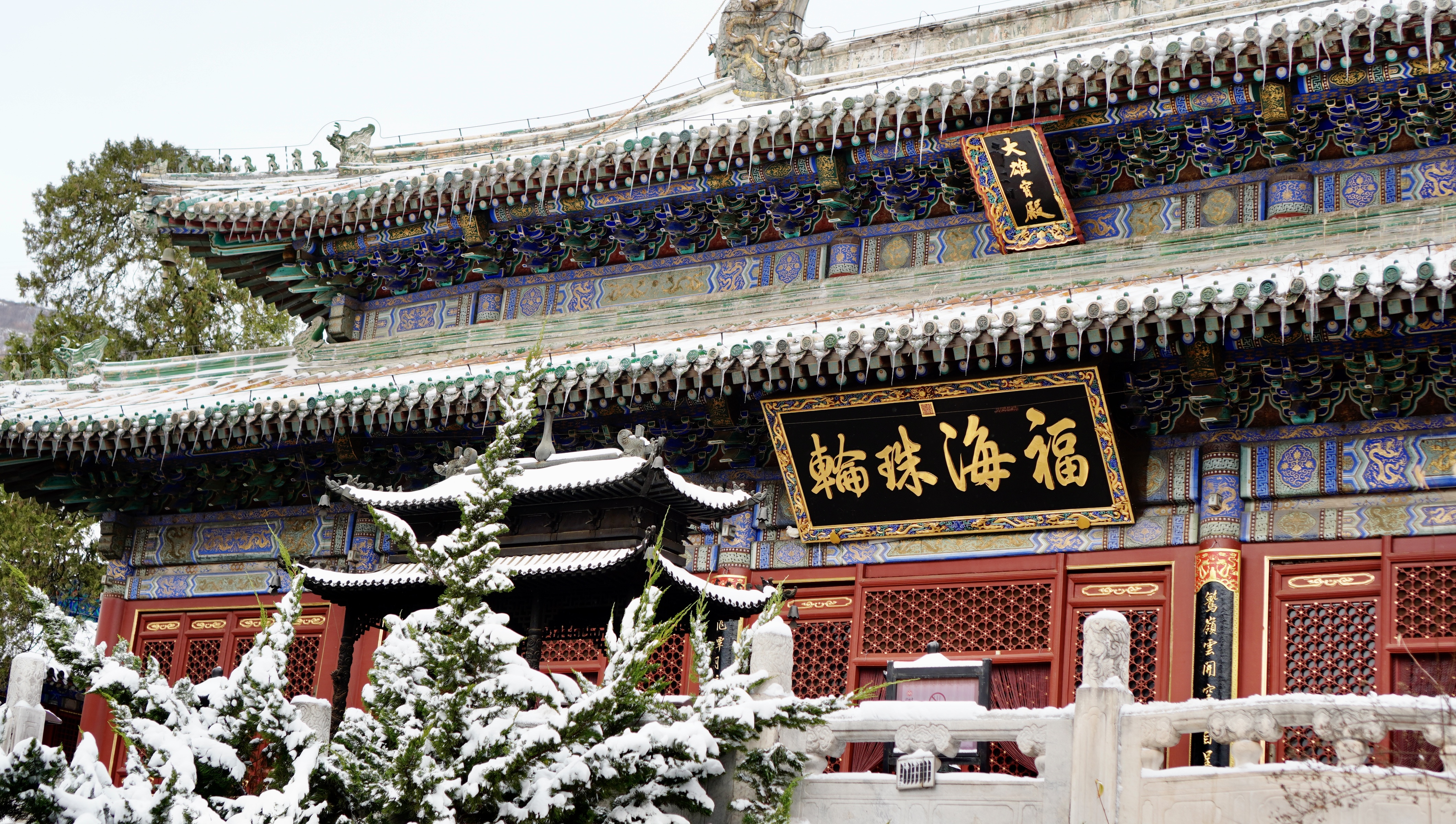 November 7 this year is Lidong, the 19th of China's 24 solar terms, which signifies the beginning of winter. And Tanzhe Temple, the oldest temple in Beijing, has welcomed the arrival of winter with a cold and virgin snow. 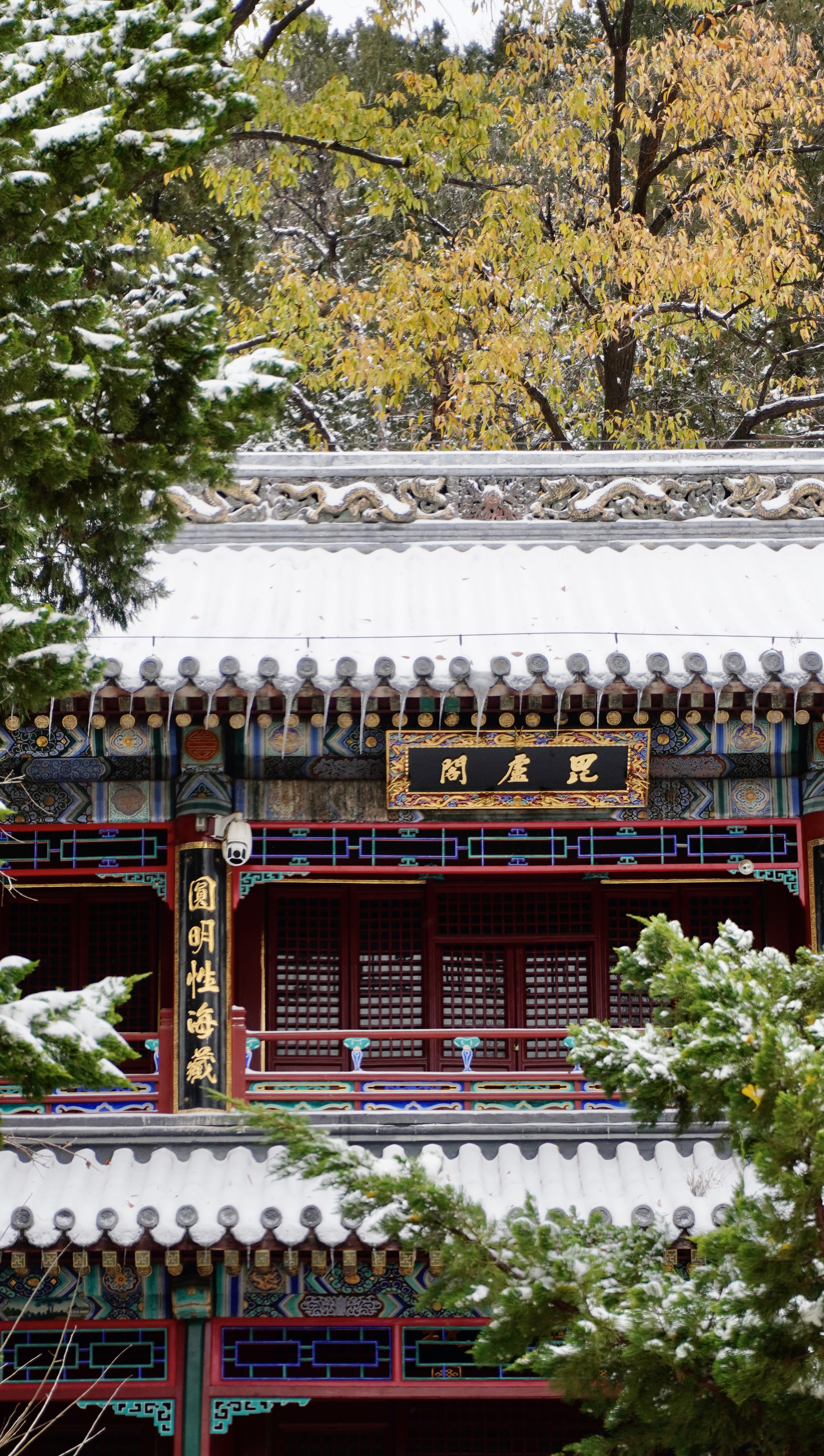 The temple sits in the Western Hills, a mountainous area in western Beijing. With little human disturbance and a relatively low temperature, the ancient buildings and old trees can enjoy their exclusive snow scenes longer compared to the city center.

There's an old saying, "there comes first the Tanzhe Temple, then Beijing city." Built in the Jin Dynasty (265–420 AD), the temple has witnessed the changes of the ancient city. 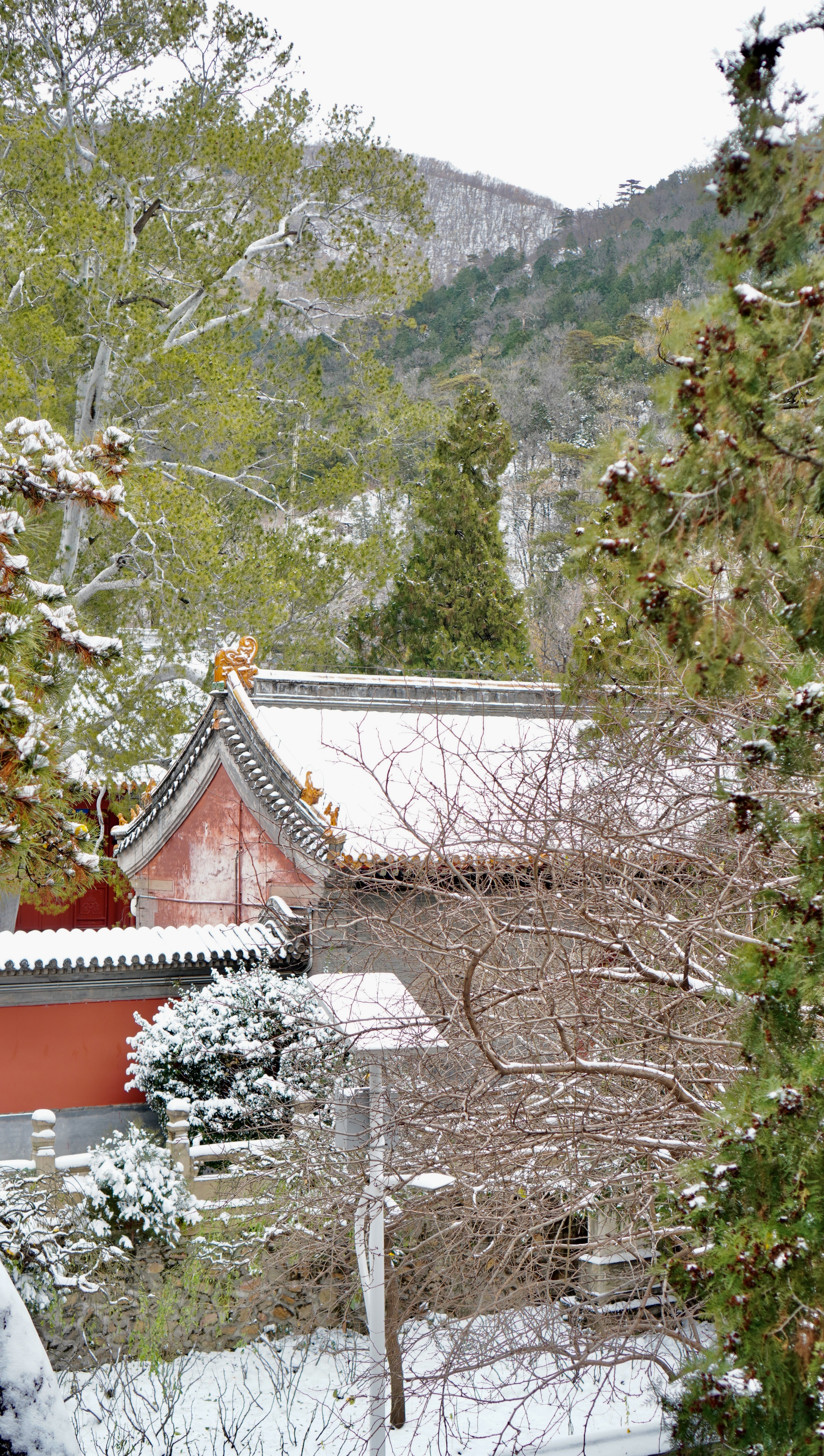 According to the Beijing Meteorological Observatory, the first snow of the year has arrived 27 days earlier than the average first snow day (December 3) in the past two decades. The strong rain and snow will have an obvious impact on the leaves. Consequently, the period of enjoying autumn red leaves is shorter this year.

Catch the transient autumn in Beijing