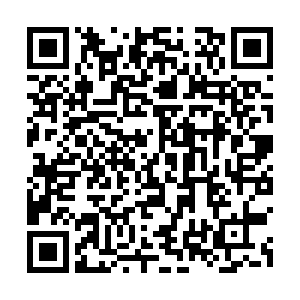 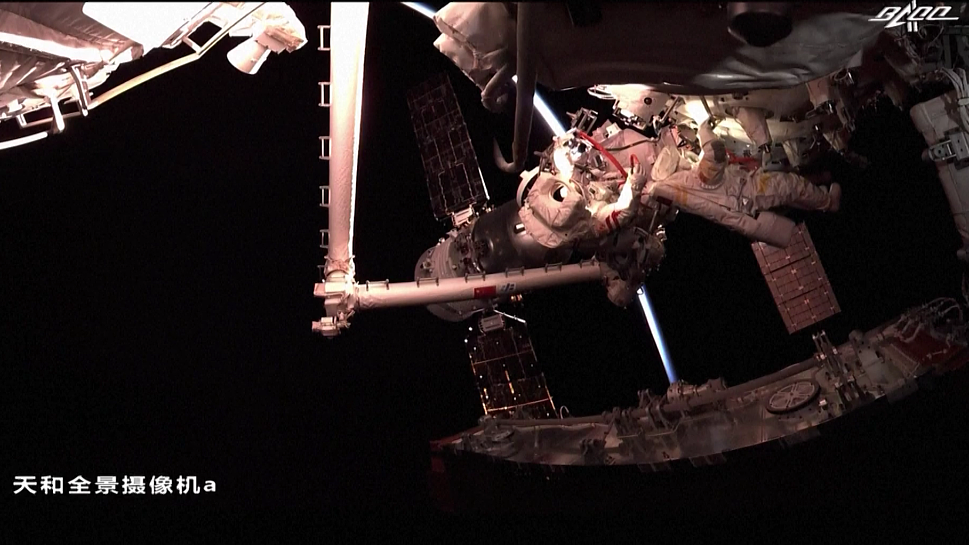 The construction of the robotic arm on China's space station has been the focus of recent manned missions, including Shenzhou-12 and Shenzhou-13, as some parts have been tested out and more parts are installed in each extravehicular activity.

The robotic arm consists of two parts, the "big arm" and the "small arm." When combined, the relationship between the two parts is similar to a human's upper and lower arm.

The "big arm," a versatile 10-meter-long robotic arm, is the key equipment for heavy-lifting jobs, from moving components for installation to carrying astronauts for space walks. The smaller arm, 5 meters in length, is scheduled to be installed in a 2022 mission that adds a lab capsule to the space station.

During Monday's extravehicular activity, Zhai Zhigang installed a key component that will be used to connect the two arms on the exterior of the core module.

He first set up the holder with a claw on the space station. Then he pushed the component toward the holder so it can catch it. The component, which is used as a joint for the arms and for supplying power to the pair, will stay in the holder until the fully automatic installation of the smaller arm in the future.

To make that happen, the bigger arm will reach out to the holder and accurately pull the joint component out, then have the smaller arm connected to the joint.

The two arms consist of several joints that enable the machines to reach different modules of the space station. The development of the arms requires deep knowledge in various industries, from machinery to electronics and optical technologies. Making the two arms work together for complex tasks also tests Chinese researchers' capability to synchronize heavy machinery in space.