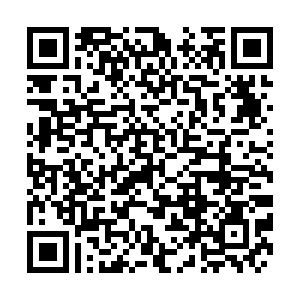 When Communists took over the country from the Capitalists back in 1949, the sci-tech development in China lagged critically behind the West. And now China has been credited by some as an innovative country. One thing behind the change is the strategies promulgated by the Communist Party of China (CPC).

In January 1956, then Chinese President Mao Zedong and many other government members realized the breadth of the sci-tech gap between China and the developed world. They called out the people to "march toward science."

In the following two decades, the people in China created a comprehensive research system in science, industrial technology and defense.

The most significant achievement during this era was "two bombs and a satellite" – atomic bomb, hydrogen bomb and man-made Earth satellite.

The mass destruction weapons helped China to maintain peace with other nations and the Dongfanghong-1 satellite marked the start of China's space endeavor.

China is the fifth nation to develop nuclear weapons and the fifth to launch a satellite.

In 1978, Deng Xiaoping confirmed that science and technology is a productive force. A decade later, he added that sci-tech is the primary force. The statement was widely accepted across China and the people's love for science became unprecedented.

The China Spark Program was launched in 1985 to popularize better technology among farmers, while the "863 project" launched in the next year poured 10 billion yuan into high-tech development. In addition, the Torch Program in 1988 helped applying the high-tech research into real-world industrial productions.

This period was acclaimed as the spring for science in China.

In 1995, then Chinese President Jiang Zemin announced the strategy of invigorating China through science and education. And in 2006, Hu Jintao announced the National Medium- and Long-term Science and Technology Development Plan (2006-2020).

After decades of hard work, China has contributed a lot to basic science research and achieved great accomplishments in building high-tech projects. Domestically designed chips are powering smartphones to use Beidou satellite navigation. The new space station is hosting the second batch of taikonauts. Critical data is being transmitted using quantum-based encryption and 5G is being implemented in every major city. The people are enjoying the high-speed rail and the forces in the navy are riding carriers to defend the sea. These are only a few changes sci-tech has brought to China.

Now China is getting ready to advance to the next stage: becoming one of the leaders in global innovation. The country is investing more into basic science research and building a better system to encourage scientists. It is also ready to cooperate with international community to advance science for the good of all mankind.

As the COVID-19 pandemic slowly approaches its end, it can be expected that China will contribute more to human understanding of the world and make our lives even better.