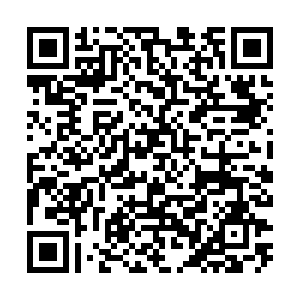 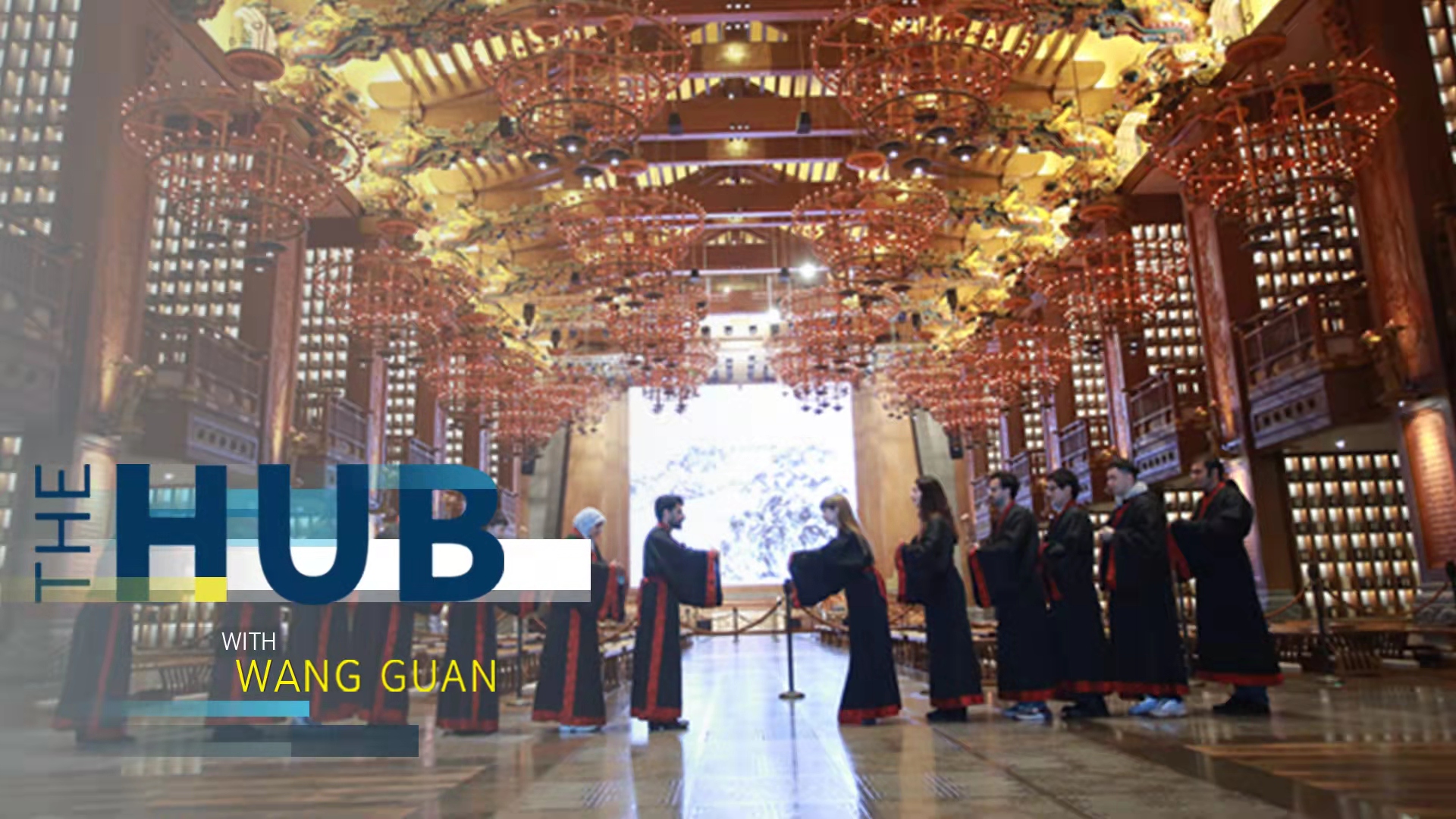 Editor's note: In this special issue of The Hub, Wang Guan travels to the home of Confucius for the 7th Nishan Forum on World Civilizations and a festival celebrating the ancient sage. Here he talks to visitors to find out what's so special about Confucian thinking and why it continues to have such a strong influence in contemporary China. Confucian philosophy permeates Chinese culture and its people's way of looking at the world, with a strong emphasis on finding harmony and seeking cooperation with others - a perspective often misunderstood by those on the outside looking in.

Welcome to The Hub and to the birthplace of Confucius, whether you're a fan of his teachings are not, you cannot deny the fact that two thousand years on, this man remains a singular cultural figure and his influence is found through boardrooms, classrooms and living rooms around the world.

This is a ritual dating back since the 1980s...people came to the hometown of Confucius to celebrate the life of this ancient Chinese philosopher. It's officially known as China International Confucius Cultural Festival taking place every year in Qufu, Shandong province.This year 2021 marked the 2572nd birthday of the Chinese sage.

Alongside the Confucius festival, the 7th Nishan Forum on World Civilizations also took place. 180 scholars from around the world attended the forum, where they discuss the relevance of Confucianism in healing the wounds of modern societies.

As a native of Shandong, coming home to attend the forum was so dear to my heart. The topic of our discussion was on how different civilizations can learn from one another. Ye Xiaowen, Deputy Head of the Committee on Culture, Historical data and Studies of China's top political advisory body CPPCC, lamented the state of affairs, acknowledging that although neutral learning among the world's civilizations is desirable, in reality the world is seeing clashes of civilizations. His comment echoed the scholarship of Samuel P. Huntington, who argued that in the post-Cold War world, it will be cultural differences instead of economic and political ones that will set people apart.

The outspoken Chinese official put it bluntly that the global battle against COVID-19 has been challenged by a "political virus." He said China has useful experiences to share when it comes to containing the virus, and the global community should work with China to get through this together.

Yang Huilin, Former Vice President of Renmin University, explained the concept of "harmony without uniformity." He believes this approach is key in bringing together different cultures as it emphasizes similarities while recognizing that each culture is unique.

After the dialogue, I sat down with Ye Xiaowen, the senior Chinese official at CPPCC.

Looking at the reality, do you think civilizations can really coexist or are they bound to clash?

Now there is a force in the world, globalization. The United States wanted to develop its economy and at the beginning promoted this trend, but now it seems that the United States is more interested in upholding its leadership position in the world. Stirring up tensions with China and its allies is one way to suggest that. But hegemonism is dangerous. In the first half month after 9/11 happened 20 years ago, I wrote an article explaining that hegemonism and terrorism reinforce and counteract each other. The practice of hegemonism gives rise to terrorism, so the U.S.-led Wars on Terror can’t kill all the threats, and not to mention its enormous military expense. We are indeed facing a challenge from a reverse trend of globalization, a global order determined by how powerful a country is. But the development of globalization can’t be stopped. Only through peaceful dialogue between all civilizations can the conflicts between countries and people be mitigated.

How would you explain to our viewers from around the world that China is not a threat, because that is a very prevalent point of view?

The United States now believes in a theory, Thucydides's trap. This Roman historian wrote a book called History of the Peloponnesian War. Take ancient Athens and Sparta as an example, their competitions intensified and both eventually fell apart. Now in the United States many people fall into this Thucydides's trap. President Xi Jinping has pledged that China will stay on the path of peaceful development, and pursue a mutually beneficial strategy of opening up. China has no intention to replace the United States, and the Chinese never want to threaten anybody.

The perception of China is getting increasingly negative, like it or not. If you look at Pew Research, Gallop pole pointing to the reality that in western Europe and America more people than before hold negative views towards China, why is that and what can China do to reverse that reality?

First of all, I do not think we should adopt an all-or-nothing approach to many misunderstandings in the West that you have just mentioned. The United States is a developed country, and I believe there are still people there with calmness and ration and can reflect on what’s going on in the world. If a country becomes extreme and fanatical, its foreign policy will lean towards fascism and domestically it will become more divided. I wish the U.S. will not go down this road.

What can the Chinese culture, the Chinese civilization offer to the rest of the world when it comes to, you know, healing the wounds and solving the problems of today?

China’s 5000 years of civilization has explained that China’s rise is peaceful and the Chinese culture allows differences in harmony. Chinese people do not stir up troubles, and we are not cowards when involved in some. As Mao Zedong said after the War of Resistance against US aggression and the War to resist US aggression and Aid Korea. When organized, Chinese people can’t be messed with. The Lishan Forum includes some topics that we discussed and revives Confucius’s knowledge. Events like this communicate to the world that China is not a scary opponent to the world and values peace. Confucian ideas still contribute considerably to the world.

On September 28th, the "Xin Chou Year Public Memorial Ceremony for Confucius" was held at the Confucius Temple in Qufu, Shandong, a site listed by UNESCO as intangible cultural heritage. One would be surprised to see how many people actually made their way to the event.

It was a solemn occasion. Scholars, officials and tourists walked through the temple, with The Analects of Confucius being read in the background, which is a collection of sayings and ideas about ways and virtues of life.

How does Confucian thinking inspire Chinese policy-making? Can the East and the West finally get along? I sat down with one of the guests in attendance, Li Xikui. He's the vice president of the Chinese People's Association for Friendship with Foreign Countries.

In fact, there are many institutional exchanges with foreign countries, including those between China and the United States, including the exchanges between sister cities in the two countries. There are many communication mechanisms now, but I think there may be more of this force in our culture and education. For example, we have the China-South Asia International Cultural Forum. In the course of our exchange, everyone is talking about Chinese traditional culture and the influence of Confucian culture on their history. So I think events like this have played a great role in cultural exchange.

As President Xi Jinping noted, telling good "China stories" is very important. I think this is an area of improvement for some of our institutions. How can we show Chinese people’s good characteristics, and how to make our stories receptive is a question in mind. Increasing the coverage and getting our voices heard is a way to change some of the West’s stereotypes about us.

When we attend the Nishan Forum this time, I think, we can have a deeper understanding of Confucian culture. I think Confucian culture is broad and profound and should be well promoted, especially in the process of international exchanges. Because Confucian culture includes a lot of modern and universal values, and I think it’s very important for us to think how we can promote. Traditional values such as wisdom, respect, and trust in the Confucian culture are very practical to many countries all over the world in my opinion. China’s ideas for development, for example, building a community for shared future and harmonious symbiosis, can find references in Confucian culture.

On the one hand, on the nongovernmental diplomacy level, the work we do primarily is to interact with people. President Xi Jinping once said that friendship, which derives from close contact between the people, holds the key to sound state-to-state relations. Focusing our work on the individual level is very important. On the other hand, every country has its own culture, and I believe countries should be open-minded in sharing own culture with others. There should also be more tolerance of differences. Nongovernmental diplomacy can play an important role in bridging cultures.

The 2021 UNESCO Confucius Prize for Literacy announced its winners during the China International Confucius Cultural Festival.

The program was established in 2005, with the aim of recognizing individuals, governments, and NGOs worldwide in expanding education to regions and communities where illiteracy remains an issue.

This year, three programs from Africa and North America were the winners. Ain Shams University in Egypt organized online literacy classes to empower learners in rural areas. Local students are encouraged with incentives and training programs to participate in the project as teachers.

The Association of Literacy Teachers Who Use Information and Communications Technology in Côte d’Ivoire help females working in trade improve their reading, writing, and arithmetic skills through the use of information and communications technology. The "Building & Growing" program provides construction workers and their communities in Mexico with digital literacy education available on multiple devices and create an immersive learning environment for them.

International students studying in China were also invited to this year’s cultural festival. For many, this is an eye-opening experience.