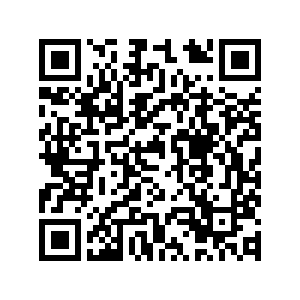 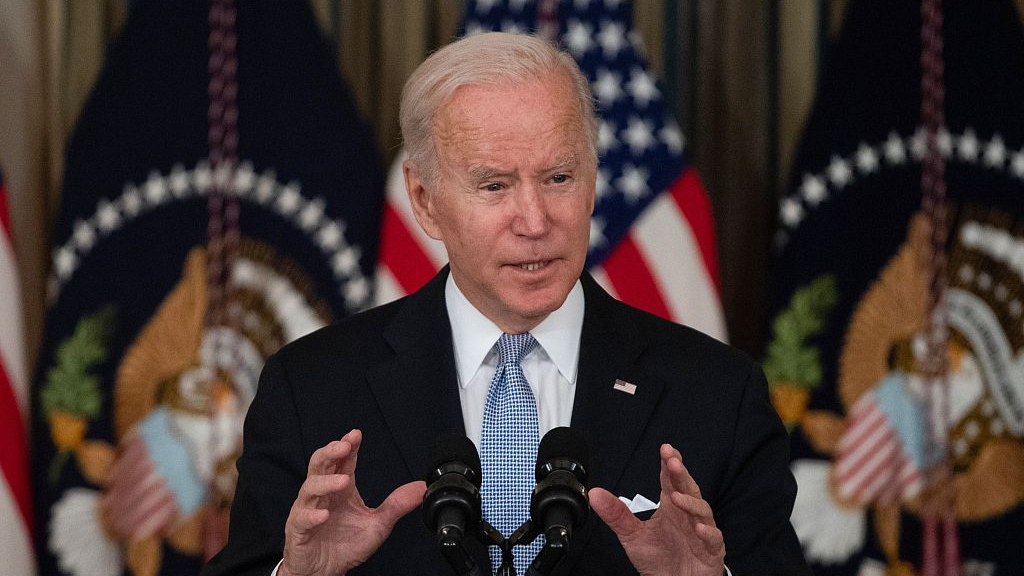 U.S. President Joe Biden delivers remarks on the passage of the bipartisan infrastructure deal at the White House in Washington, U.S., November 6, 2021.

U.S. President Joe Biden delivers remarks on the passage of the bipartisan infrastructure deal at the White House in Washington, U.S., November 6, 2021.

Editor's note: Elizabeth Drew is a Washington-based journalist and the author, most recently, of "Washington Journal: Reporting Watergate and Richard Nixon's Downfall." The article reflects the author's views and not necessarily those of CGTN.

Perhaps the Democratic Party's downhill slide can be arrested by President Joe Biden and his top congressional allies. But their job is daunting. If objective conditions don't change – particularly inflation – and if the Republicans field able candidates, the Democrats could be in for a drubbing in the midterm congressional elections in 2022. The presidential vote in 2024 could also be in danger. The surprisingly tight gubernatorial election in Democratic-leaning New Jersey on the same day that the Republicans eked out a victory in Virginia underscored the Democrats' trouble. Whether or when the $1.2 trillion infrastructure bipartisan bill passed by the House near midnight Friday, November 5, will be enacted can't be known for a while.

Glenn Youngkin, a very wealthy former businessman ran a highly effective campaign for Virginia's governorship, especially for a neophyte. Youngkin was particularly deft in handling what's become the Republicans' problem of dealing with Donald Trump, whose support could work against them. Though Youngkin paid honor to Trump, particularly before he obtained the nomination, he stopped short of obeisance. He even managed to keep Trump physically out of the state without incurring the wrath of the easily irritated Trump.

As a result, Youngkin got the votes of both Trump supporters and of white suburban women who had switched to supporting Biden in 2020. Youngkin largely focused on issues of local interest: mainly, parental unhappiness with local school systems – making, most unusually, education the second-highest concern (the first, as usual, was the economy, with inflation key).

Instead of dealing with local issues, Terry McAuliffe, a successful former governor who was again the Democratic candidate, tried to make Youngkin the embodiment of Trump. But it didn't work, because Youngkin had evaded Trump's embrace. So, McAuliffe's shots at Trump were largely wasted. Trump's base came out and other Republicans who had rejected Trump returned to the fold. Unusually, the record turnout benefited the Republican candidate more than the Democrat.

Moreover, crucial as it is to find out all that can be about what happened before, during, and after the riot on the Capitol on January 6, most of the country appears to prefer to deal with the present and future. Trump doesn't come across now as the danger he would likely be if he ran for president again in 2024, which he's giving every sign of wanting to do, mostly to seek revenge against those who, as his paranoid fantasy has it, cheated him out of reelection.

Youngkin didn't avoid Trumpism altogether: the subject of race ran subliminally through much of what he argued. This turned up in particular in what he maintained were issues about the education system, and which signaled that he sympathized with certain racist views. The main education argument was ostensibly about parents' role in their children's education, an issue enhanced by the pandemic's closing of schools, with education taking place at home. McAuliffe handled the issue awkwardly, famously misspeaking during a debate, on which Youngkin pounced. The Democrats are chronically inept at combatting attacks on social issues. 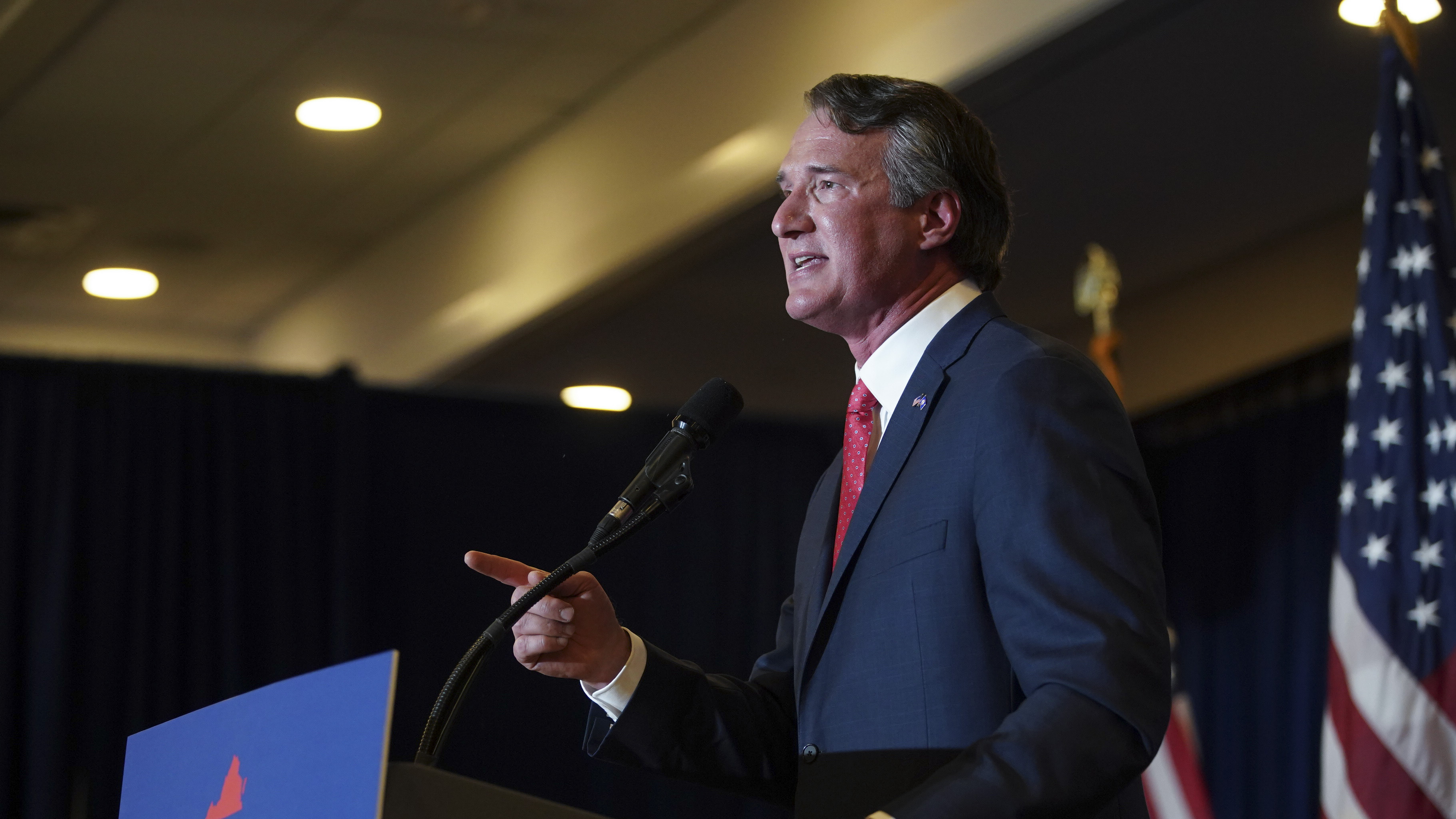 The Virginia result might have been considered sui generis but for the close outcome in usually Democratic-leaning New Jersey. The incumbent Democratic governor, Phil Murphy, who polls had predicted would be an easy victor, didn't get called the winner until after nearly two days of counting (technically, it's not finished yet). Trump-like, Jack Ciattarelli, the Republican candidate, refused to concede and suggested that there had been voter fraud. Virginia Republicans were planning to do the same had Youngkin lost.

These dual scares for the Democrats left the great majority of them depressed and, with reason, worried about their party's prospects for the 2022 midterm elections, in which the entire House and one third of the Senate are up for reelection, and even about the next presidential election, in 2024. There were ominous signs in the relatively apathetic turnout of Blacks, who usually back Democrats overwhelmingly, and the return of college educated white suburban women to voting Republican. David Wasserman, of the non-partisan Cook Political Report, predicts that the Democrats could lose over forty seats in the midterm elections and more than fifty in 2024 if conditions don't change.

McAuliffe made it clear during the election that he needed something to "sell" to the Virginia electorate. He referred specifically to two trillion-dollar-plus infrastructure bills then stalled in congress because of internal Democratic disputes: the "hard" infrastructure bill with bipartisan backing; and the far more controversial "human" infrastructure program plus climate change. The Democrats may have won the congress (barely) but so far hadn't delivered.

Biden appeared to have accepted the advice of historians at a White House meeting in early March that this was his time to go big, even though he had run as a moderate. In what might be called "the Mount Rushmore project" after the famous mountain sculpture in South Dakota of four U.S. presidents, the historians told him that he could be another Franklin Roosevelt or Lyndon Johnson, overlooking that, instead of the large congressional majorities that both of those presidents enjoyed, Biden has only 50 votes in the Senate and a mere three-vote margin in the House of Representatives.

McAuliffe's assumption that passage of the infrastructure programs would have elected him is questionable. While each "human infrastructure" program polled positively, lumping them together led to a price tag that moderate Democrats found excessive. It also allowed a single senator to kill the whole thing by opposing one component, and divided Democratic factions.

Each side in the internal Democratic infrastructure argument found in the outcomes in Virginia and New Jersey what they wanted to see: progressives and the president saw them as a call for quick passage of both bills, while Joe Manchin, a moderate from West Virginia, saw them as a sign that congress should slow down its rush to passage of the two bills.

But as House Democrats pushed for a resolution over the weekend – impossible because the Senate was already in recess to last through the following week – House Speaker Nancy Pelosi put back in the bill a popular provision for paid leave for new parents, which Manchin says that he favors but opposes as a part of social infrastructure. Manchin and others also argued that the financing of some of these programs was dubious. Though the bipartisan "hard" infrastructure bill has now been passed by both chambers, resolution of issues concerning the "soft" infrastructure program may remain weeks away.