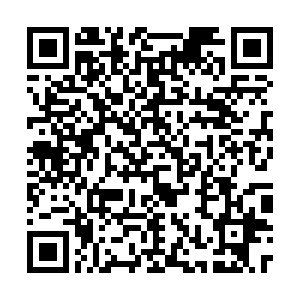 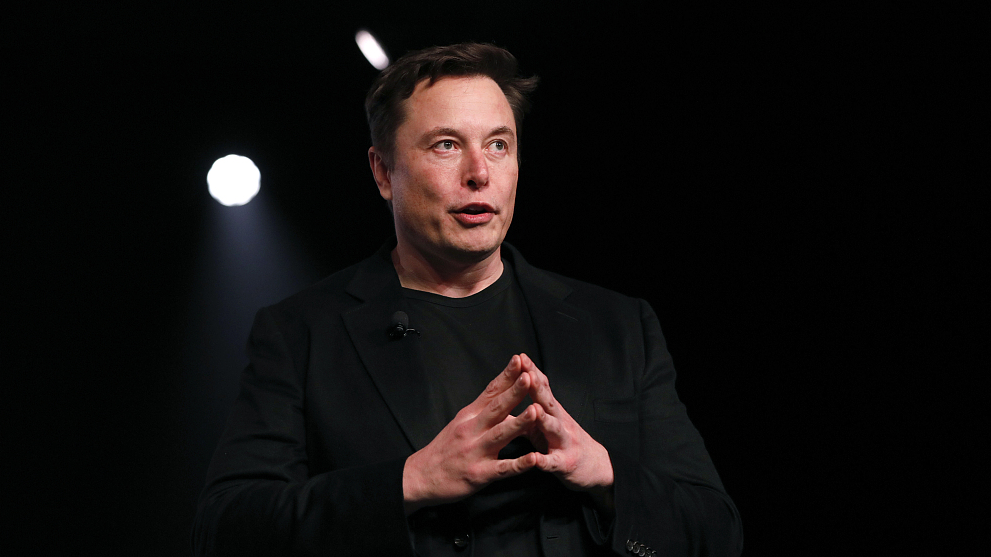 Tesla Chief Executive Officer (CEO) Elon Musk should sell about 10 percent of his Tesla stock, according to 57.9 percent of people who voted on his Twitter poll asking users of the social media network whether he should offload the stake.

"I was prepared to accept either outcome," Musk said, after the voting ended.

The world's richest person tweeted on Saturday that he would offload 10 percent of his stock if users approved the proposal. Musk has previously said he would have to exercise a large number of stock options in the next three months, which would create a big tax bill. Selling some of his stock could free up funds to pay the taxes.

As of June 30, Musk's shareholding in Tesla came to about 170.5 million shares and selling 10 percent would amount to nearly $21 billion based on Friday's closing, according to Reuters calculations. 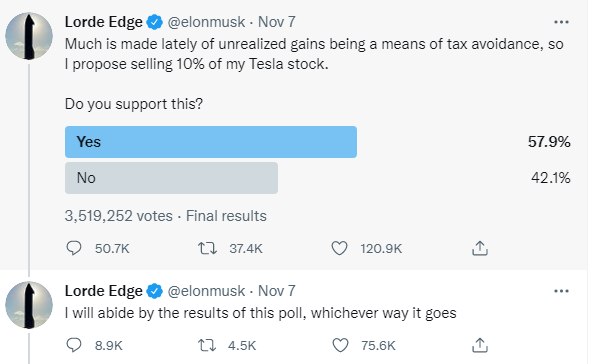 "Much is made lately of unrealized gains being a means of tax avoidance, so I propose selling 10 percent of my Tesla stock," Musk said on Saturday, adding that he does not take cash salary or bonus "from anywhere," and only has stocks.

U.S. Senate Democrats have unveiled a proposal to tax billionaires' stocks and other tradable assets to help finance President Joe Biden's social spending agenda and fill a loophole that has allowed them to defer capital gains taxes indefinitely.

Musk has criticized the proposal saying, "Eventually, they run out of other people's money and then they come for you."

Senate Finance Committee Chairman Ron Wyden, who floated the tax proposal, said on Saturday: "Whether or not the world's wealthiest man pays any taxes at all shouldn't depend on the results of a Twitter poll."

"It's time for the Billionaires Income Tax."

Including stock options, Musk owns a 23-percent stake in Tesla, the world's most valuable car company whose market value recently exceeded $1 trillion. He also owns other valuable companies, including SpaceX.

His brother Kimbal Musk on Friday sold 88,500 Tesla shares, becoming the latest board member to offload a large number of Tesla stocks which hit record highs.

A week ago, Musk said on Twitter that he would sell $6 billion in Tesla stock and donate it to the United Nations' World Food Programme.