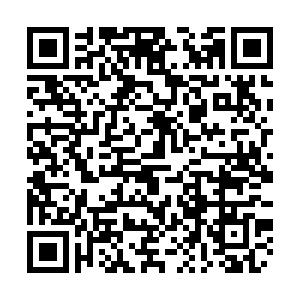 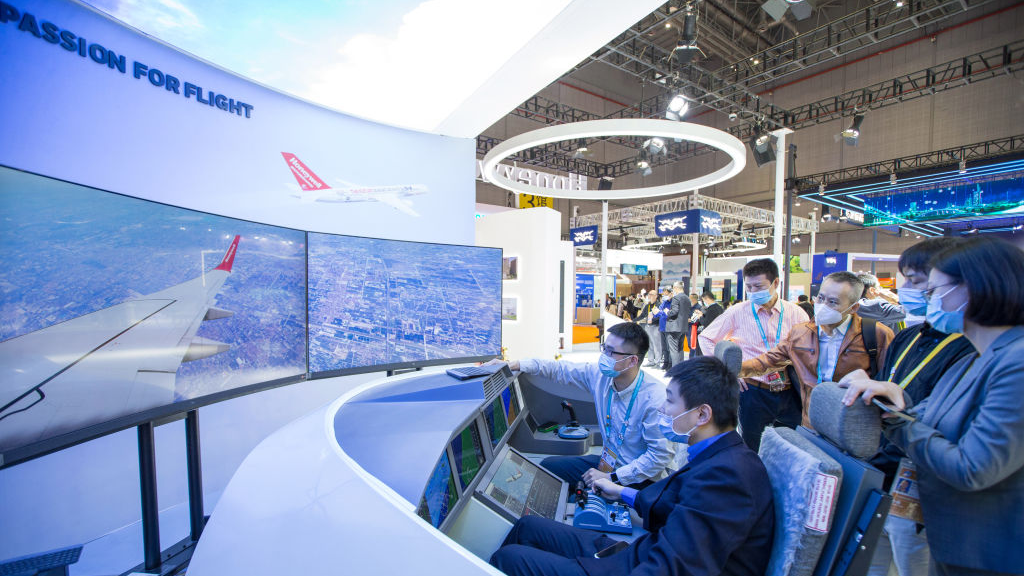 Editor's note: William Jones is a Washington Policy Analyst and a Non-resident Fellow of the Chongyang Institute for Financial Relations. The article reflects the author's opinions and not necessarily the views of CGTN.

While the Biden Administration is cooking up new ways to restrict Western reliance on "supply chains" connected to China, most recently in the U.S.-EU trade agreement where the two committed to use only "clean" aluminum and steel (produced in plants not fueled by coal), the major U.S. companies are traveling to Shanghai for the China International Import Expo (CIIE) to exhibit their wares and to establish a firm footing in the Chinese market. In fact, this year there are 198 American companies exhibiting at the CIIE, more than in any of the three preceding CIIEs.

Some of these companies are "old-timers" at the CIIE, like Honeywell, which is also heavily involved in many Belt and Road Initiatives (BRI) projects, and some are total "newcomers" like U.S. e-commerce giant Amazon.

Most of the major U.S. producers realize that the world is now irrevocably interconnected and as economist (and statesman) Lyndon LaRouche used to point out in his university lectures at Columbia University in the 1960s, every American when he or she gets up in the morning, is faced with the worldwide cup of coffee. By this he meant that if you examined the origins of that cup of coffee and all the items that went into its production and transportation to your breakfast table, you would have to go several times around the world.

This interlocking network of production and transportation lies at the basis of even the most elementary items that a person uses each day. To make the foolish attempt to limit that network to a single country or to a number of ideologically "like-minded" partners would lead to a rapid decline of the living standards and the life of that nation's people.

The English poet, John Donne, said that "no man is an island entire of itself; every man is a piece of the continent, a part of the main." The same could be said of countries, (indeed, even those which are in fact islands). We have seen the effect of the futile attempt to "disengage" from an important part of the worldwide network of production, in the draconian tariffs impose on Chinese products by former U.S. President Donald Trump. 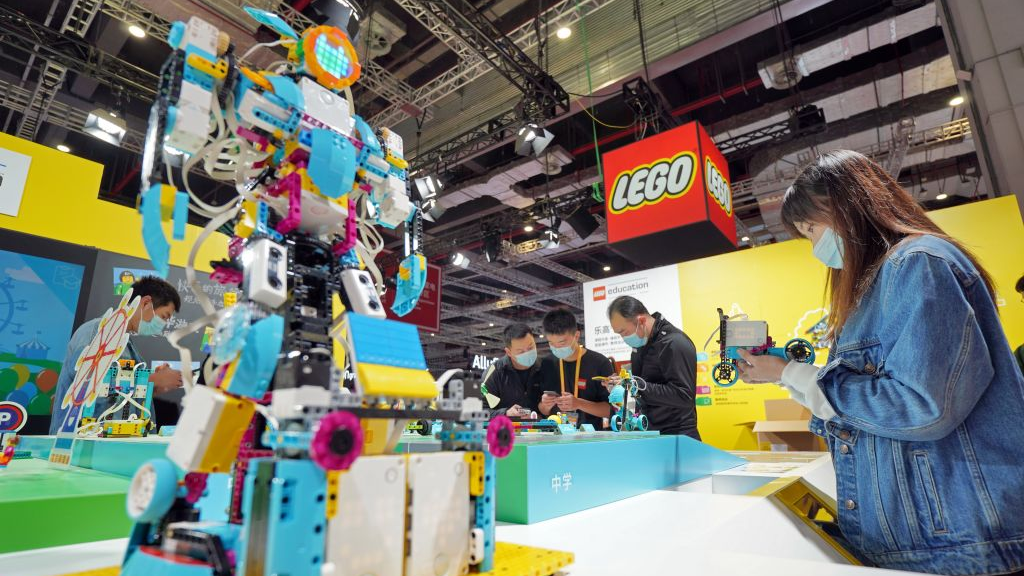 All U.S. producers – and consumers – suffered heavily under those tariffs, most of which are still intact. Yet U.S. trade with China has only increased, as reality began to assert itself in opposition to the wishful thinking of the tariff's proponents.

Now as the world begins gradually to pull itself out of the COVID-19 restrictions, it needs a good dose of optimism to convince itself that the future will be brighter. The Shanghai CIIE is a good omen in that respect, with companies coming to exhibit many of the high-tech items they have developed or are in the process of developing. With the Chinese economy emerging as one of the first countries to get the virus under control, it can now again serve in its traditional role as the engine of the world economy.

But now it is doing that not simply as the manufacturing center of world production, but also as the chief market for the rest of the world's production. As the Chinese population moves to a general condition of prosperity, its combined demand will become a major stimulus for products from all over the world.

With a population of 1.4 billion and a middle-income group that exceeds 400 million, China is the most promising market in the world. Total import into China is estimated to top $22 trillion in the coming decade.

Historically, it has been the sinews of trade and investment that have brought the world together, and it will be the same network of necessary economic relations which will allow the world to overcome all of those "geopolitical" roadblocks that have popped up during the COVID-19 pandemic.

More importantly, this process of coming together is no longer a process which will simply develop on its own, but is one which is being strongly promoted by the Chinese government. Chinese President Xi Jinping's reassurance of China's continued opening up in his speech at the opening of the CIIE clearly indicated that expanding this nexus of international trade and investment is China's policy.

In a world, where the outlook on reality for many countries' leaders is becoming more and more myopic, China is promoting more openness, closer relationships to other nations, and working to create win-win solutions for all the parties involved.

Achieving conditions of increasing prosperity and eliminating world poverty and disease, which has become a major focus of the United Nations, can only be accomplished with all the nations working together, regardless of ideologies or form of government. The longer that countries continue to refuse to recognize that fundamental reality, the longer it will take to realize those very lofty goals.