Download
Why is the U.S. bullying chipmakers to extract sensitive information?
First Voice 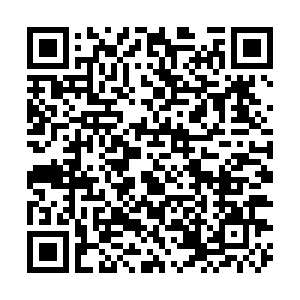 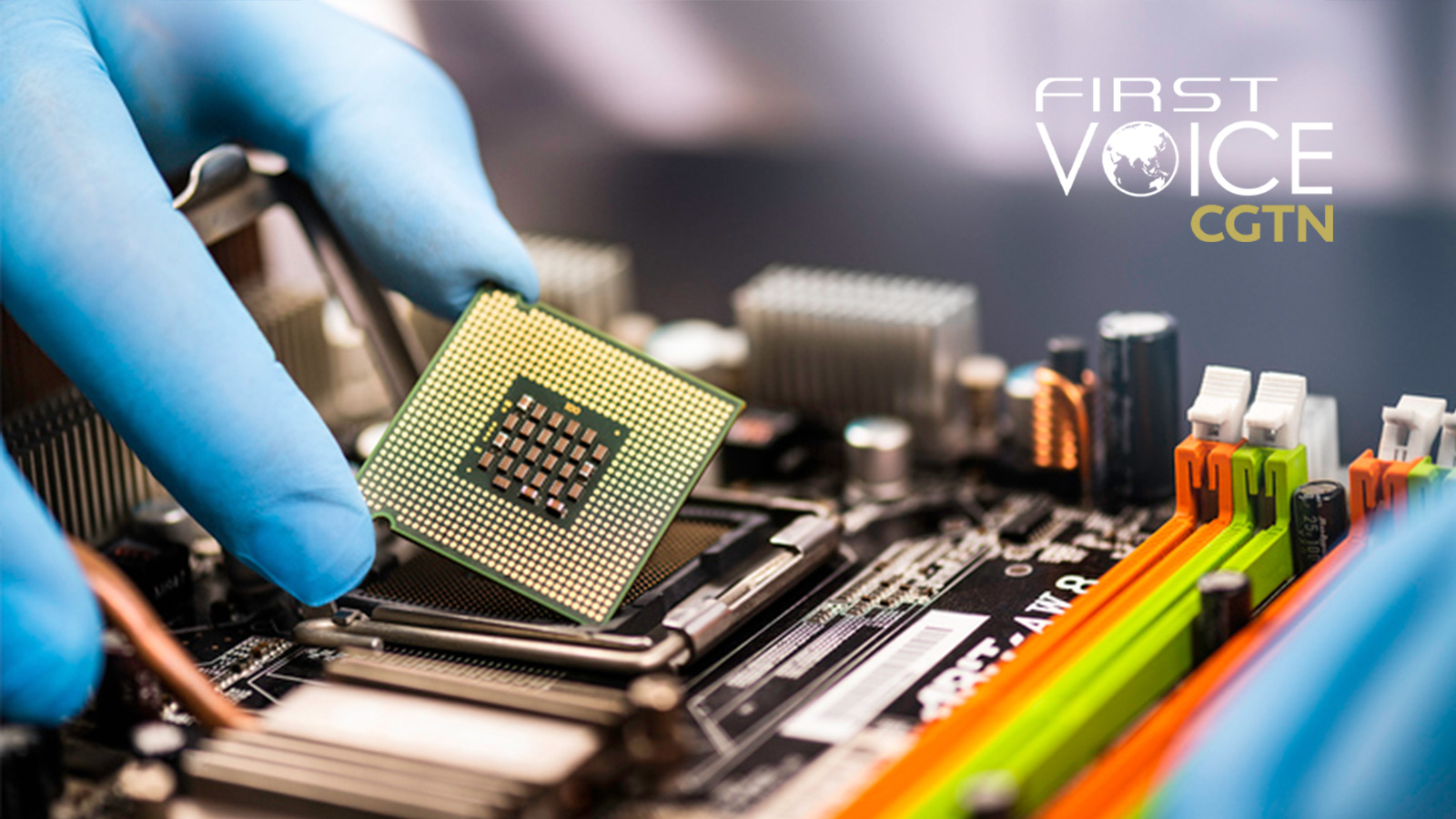 The U.S. has long made accusations that China is involved in industrial espionage. These blanket claims have never been substantiated. Yet the U.S. is brazenly abusing its power in an effort to extract trade secrets from key players in the semiconductor industry in South Korea and China's Taiwan.

November 8 is the deadline for TSMC, Samsung Electronics and SK Hynix to answer a "survey" from the U.S. Commerce Department. The U.S. says the "survey" is "voluntary." However, U.S. Secretary of Commerce Gina Raimondo warned that "we have other tools in our toolbox that require them to give us data" if companies fail to respond.

The chipmakers were asked to provide potentially sensitive information on inventories, backlogs, procurement practices and plans to boost output. More ominously, the U.S. also asked for detailed information on each product's top customers. Unsurprisingly, these demands set off howls of protests in the Taiwan region and South Korea. The South Korean government sent high-level officials to the U.S. over the issue, and South Korean firms said they would only "partially comply" with the U.S. request. TSMC has similarly signaled that it would respond without revealing any sensitive information.

These companies must make public statements asserting their independence. But at the end of the day, they could hardly say no to the country that's becoming aggressive in expanding its security scope. Why does the U.S. want this information? The stated reason is that the U.S. wants to better understand and manage its response to the global semiconductor shortage. However, this reason is a joke. That information the U.S. needs is publicly available.

The U.S. "survey" looks to many like an attempt by the U.S. to get information on Chinese high-tech terms in order to target them with sanctions. The U.S. has already used sanctions to try to destroy Huawei's once-profitable handset business. The U.S. has also recently used its economic dominance to try to shut Huawei out of the global market for 5G telecom equipment. It is highly doubted whether the U.S. would use the information to try to cripple its high-tech competitors in China. 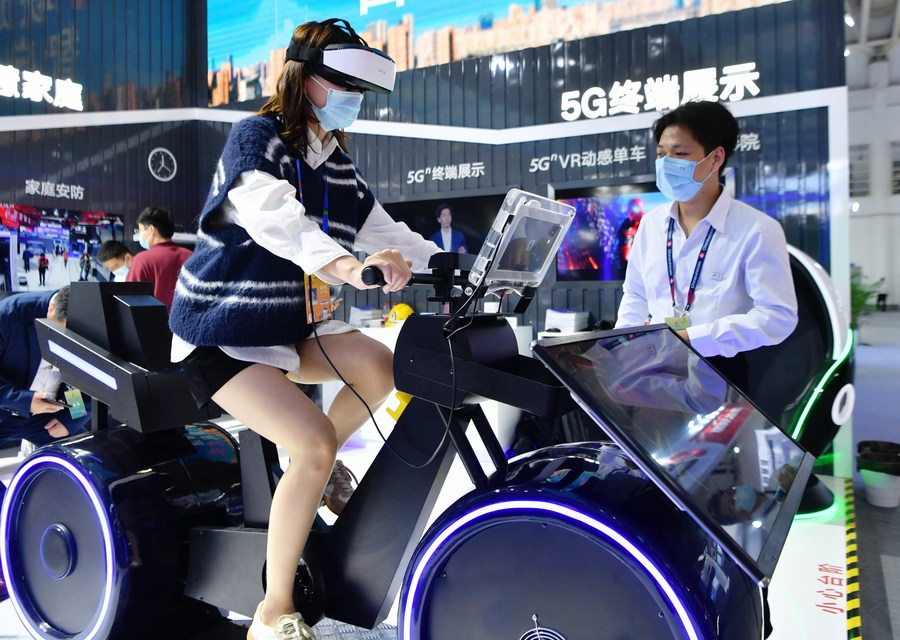 A visitor tries a VR spinning based on 5G technology at the digital achievements exhibition during the fourth Digital China Summit in Fuzhou, southeast China's Fujian Province, April 25, 2021. /Xinhua

A visitor tries a VR spinning based on 5G technology at the digital achievements exhibition during the fourth Digital China Summit in Fuzhou, southeast China's Fujian Province, April 25, 2021. /Xinhua

The U.S.'s hypocrisy when it comes to trade is startling. One of the key U.S. grievances that caused it to start its trade war against China was Beijing's policy that supported research and development in key areas such as artificial intelligence, big data and semiconductor development. The United States of course owes its technical dominance to massive federal government investment in research during World War II and the Space Race. However, times and ideas changed. The U.S. in recent decades has handed over that responsibility for research to private enterprises. When the U.S. made this its national policy, Washington decided that everyone else must follow suit. If countries did not, they could be accused of doing an unfair trade practice.

According to the official U.S. line, China needed to stop "ripping off" Americans by investing in its own industries and technological advancement. With claims like these, Washington behaved as if the Space Race had never happened.

And it seems times are changing again. The U.S. is starting to embrace national industrial policy. Starting with the panic over the total lack of U.S. expertise in 5G telecom technology, and continuing with the urgent need to develop COVID-19 vaccines, Washington is embracing the need to get directly involved in the private sectors when it perceives its national security is at risk. After years of condemning China for trying to develop homegrown high-tech industries, the U.S. is doing the same thing.

In fact, rebuilding U.S. industrial and technical capacity is one of the main legislative focuses of the current and previous U.S. administrations. For example, TSMC is building advanced chip facilities in the U.S. at the federal government's request. This looks a lot like the kind of industrial policy the U.S. has so hypocritically condemned China for.

Right now, industries across the globe are being hurt by a semiconductor shortage. U.S. policymakers seem to have been caught off guard by this. Seemingly unable to figure out the causes of the shortage, the U.S. Commerce Department has introduced an "early alert system" to "help resolve supply chain bottlenecks occurring due to the global chip shortage." The early alert system works by asking companies affected by the chip shortage to send the Biden administration an email. This almost seems like satire – or a smokescreen.

The global microchip trade is one of the most carefully studied and analyzed industries on Earth, with detailed information available from industry groups and commercially available research reports. The motivation behind Biden administration's demand that major chip manufacturers answer a "survey" to help the government track the supply chain is highly dubious. Everyone should watch out if the U.S. decides to turn this into a geopolitical weapon.