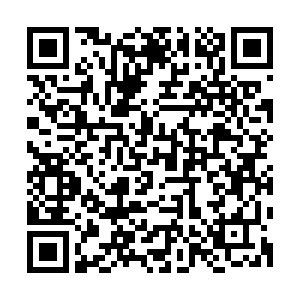 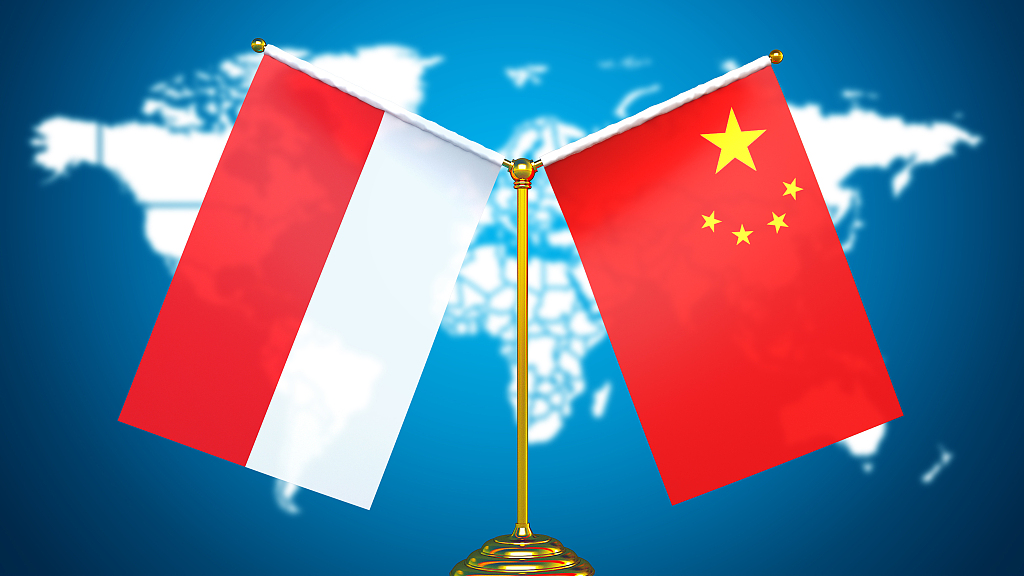 Flags of China and Indonesia. /VCG

Flags of China and Indonesia. /VCG

Editor's note: Azhar Azam works in a private organization as market and business analyst and writes on geopolitical issues and regional conflicts. The article reflects the author's views and not necessarily those of CGTN.

Pursuing a friendly policy toward China and supporting the Chinese people-centered vision of a shared future and mutual growth, Indonesia is committed to safeguarding regional peace, strengthening vaccine research, participating in regional cooperation programs such as Belt and Road Initiative and addressing climate change along with Beijing.

Dismayed by the rational and pragmatic Indonesian approach, Washington is still courting the biggest Association of Southeast Asian Nations (ASEAN) economy in the hope that it will take a harder stance against Beijing, particularly on the South China Sea. While it's a "tough sell" to wrest Indonesia from China given China's huge investments and vaccine cooperation, close economic and strategic relationships between the two countries almost eliminates the likelihood of any confrontation.

In 2020, Jakarta's exports to Beijing rose 10.1 percent to $37.4 billion. Considering Indonesia's trade deficit with China, Beijing in January pledged to import more Indonesian products, after which Chinese imports from Jakarta in the first nine months of 2021 surpassed its exports to the Southeast Asian state. In addition, several big Chinese companies have promised to invest in new energy, which would elevate Indonesia's contribution to the global electric car industry.

Last year, then U.S. Secretary of State Mike Pompeo broke sweat to drive a wedge between China and Indonesia by highlighting the Uygur issue and Beijing's "unlawful" claims during his trip to Jakarta. But his attempt backfired since many influential Indonesians viewed him with skepticism, believing escalation was not in the interests of either country.

During his meeting with U.S. National Security Advisor Jake Sullivan recently, Indonesia's Coordinator for Cooperation with China and Coordinating Minister of Maritimes Affairs and Investment Luhut Binsar Pandjaitan declined to sever ties with his country's biggest investor and key trading partner, China. Chinese investments were helping Indonesia "to survive," he told Sullivan, "Why don't you come too?"

Distinct from a historically wobbly Washington approach towards Jakarta, China and Indonesia have deepened their economic cooperation to the provincial level. A number of provinces in the archipelago seek to take advantage of Chinese technological growth and enormous domestic demand.

Bengkulu, Central Sulawesi, West Kalimantan and Riau Islands are a few of the many Indonesian provinces that have completed or signed deals to construct power plants with Chinese assistance in terms of agriculture technology, which could help them develop special economic zones and increase their commodity exports to China. Another province, West Java, has even established sister ties with China's Chongqing Municipality and Guangxi Zhuang Autonomous Region as well as Henan, Heilongjiang and Sichuan provinces to expand cooperation on agriculture, culture, tourism and manufacturing industries.

After Indonesia scrambled to find medical gear amid the raging coronavirus pandemic in early 2020, it found China willing to provide the critical supplies. In December, Jakarta received the first batch of Chinese vaccines – a humanistic gesture for which Indonesian President Joko Widodo showed gratitude in a televised address. He later took his second jab of the Sinovac vaccine at the presidential palace in a live broadcast event. 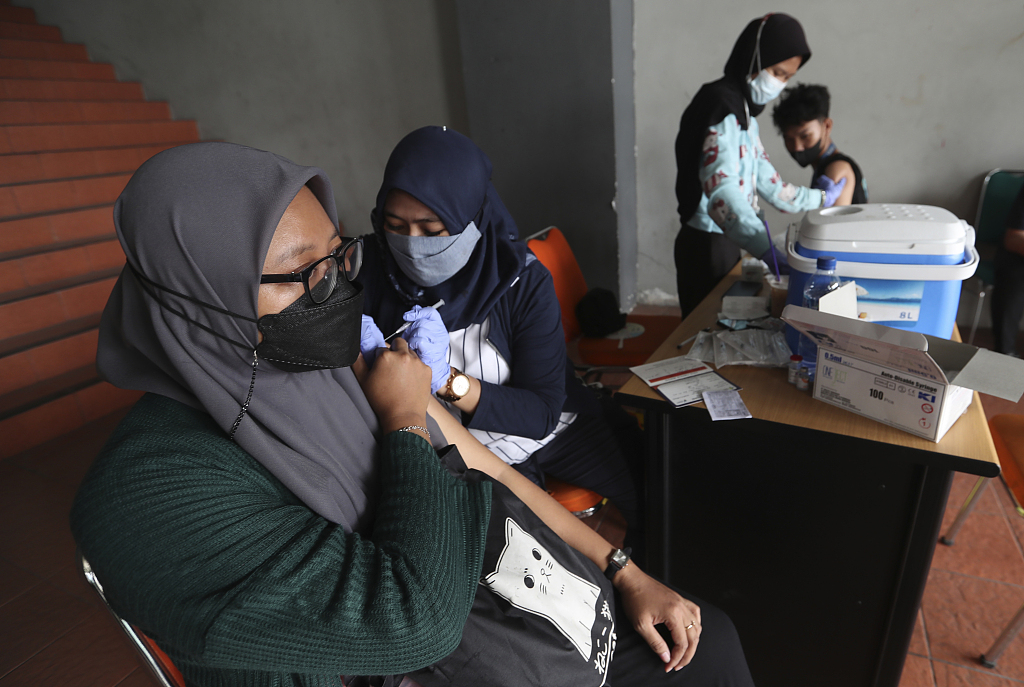 People receive a shot of the Sinovac vaccine for COVID-19 during a vaccination campaign at the Patriot Candrabhaga Stadium in Bekasi on the outskirts of Jakarta, Indonesia, October 28, 2021. /VCG

People receive a shot of the Sinovac vaccine for COVID-19 during a vaccination campaign at the Patriot Candrabhaga Stadium in Bekasi on the outskirts of Jakarta, Indonesia, October 28, 2021. /VCG

On August 31, Indonesia administered its 100 millionth vaccine jab and became the seventh country to reach this milestone. China's Sinovac played a vital role for Jakarta to achieve this feat, as more than 90 percent of the country's vaccine doses arrived from Beijing. The Western media is trying to cast doubts on the efficacy of Chinese vaccines yet the Indonesian authorities have quashed their qualms by approving Sinovac for children aged 6-11 years.

The inclusive relationship between the two sides is evolving into military cooperation. In May, the Chinese and Indonesian navies jointly conducted a naval drill – focused on communication, search, rescue operations and maneuver formation – in the waters near Jakarta to improve coordination during emergencies at sea. Previously, the Chinese navy had deployed its fleet in the waters north of Bali to help Indonesia lift the debris of its sunken submarine.

Joko Widodo called Chinese President Xi Jinping a "good friend and brother" of Indonesia and expressed a desire to work with China under the framework of the BRI. The two countries earlier signed "Two Countries Twin Parks," an initiative to synergize the BRI and Indonesia's Vision for the Global Maritime Fulcrum.

Some assert Jakarta owes a "hidden debt" to Beijing over infrastructure projects including the BRI-linked Jakarta-Bandung High Speed Railway. The Indonesian officials are however sure that collaboration with China "will bring a substantial impact" to the country and hope more Chinese companies will play a greater role to further the BRI cooperation.

All these developments manifest that the economic and strategic relationships between China and Indonesia is consolidating and getting stronger. The U.S.-led AUKUS, which alarms ASEAN and draws Indonesia's "deep concerns over the continuing arms race and power projection in the region," nevertheless is a peril to regional peace and prosperity, and should unite all the Southeast Asian states to defend their economic growth that could be endangered by America's destabilizing activities.