Download
How much do you know about intangible cultural heritage at 4th CIIE?
CGTN 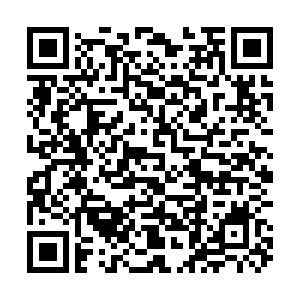 Traces of cultural exchanges can be seen everywhere at the 4th China International Import Expo (CIIE), which also features a humanities exchange platform. A total of 30 Chinese provinces, regions and cities are bringing 70 cultural public welfare performances. The exhibition area is over 31,000 square meters, allowing visitors to truly realize the ideal of seeing Chinese intangible cultural heritage without leaving the exhibition hall. See if you can answer these questions on some of the intangible cultural heritage items on display at the expo.

1
Song Brocade is one of the traditional Chinese silk handicrafts. As it is mainly produced in Suzhou, it is also called "Suzhou Song Brocade." Song Brocade, with its gorgeous color, delicate pattern and soft texture, is endowed with the "crown of brocade" in China. Which of the flowing is not a part of China's four most famous brocade together with Song Brocade?
1 / 4
Next

3
Tangka is Tibetan Buddhist scroll painting on cotton or silk with mineral and organic pigments derived from coral, agate, sapphire, pearl, gold and others that help preserve the colors for centuries. The paintings date back to the 7th century and typically depict Buddhist deities. Tangka can be seen in every monastery and family shrine in Tibet. Can Tangka only be used to depict religious themes?
3 / 4
Next

4
Traditional Chinese medicine mainly refers to pills, powder, paste and so on, each of which is made using a traditional method and ingredients. Dong'e County in Shandong Province is the birthplace and main area where Ejiao is produced. Ejiao here has a history of more than 2,000 years. Ejiao is mainly made from the skin of which animal?
4 / 4
Next
Correct
Wrong