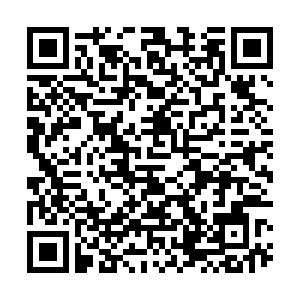 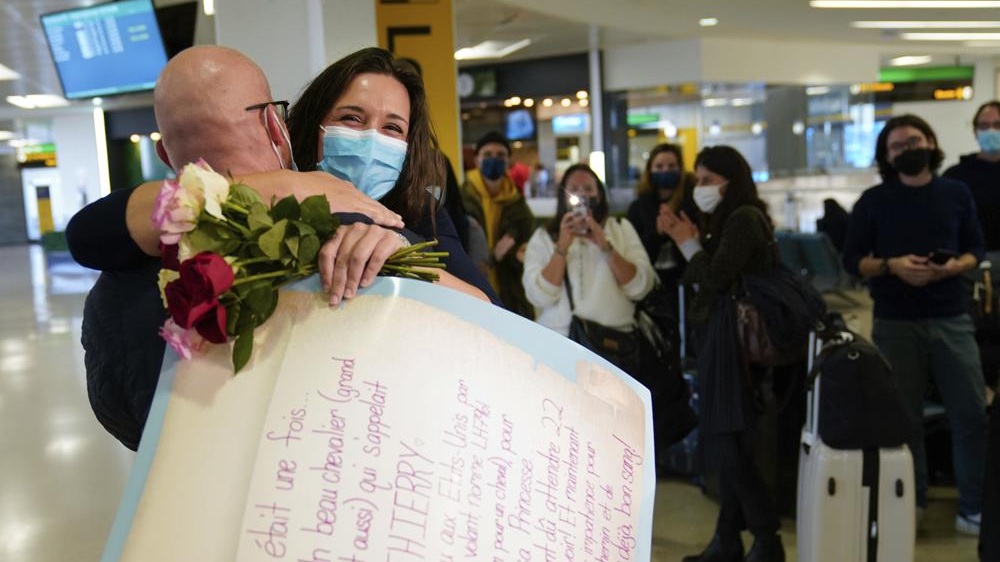 Parents held children born while they were stuck abroad. Long-separated couples kissed, and grandparents embraced grandchildren who had doubled in age.

The U.S. fully reopened to many vaccinated international travelers on Monday, allowing families and friends to reunite for the first time since the coronavirus emerged and offering a boost to the travel industry decimated by the pandemic. The restrictions closed the U.S. to millions of people for 20 months.

Octavio Alvarez and his 14-year-old daughter zipped through a pedestrian crossing in San Diego in less than 15 minutes on their way to visit his mother-in-law in California.

"It's a big feeling," said Alvarez, 43, who lives in Ensenada, Mexico, a two-hour drive from San Diego. Prior to the pandemic, his family would visit California twice a month. The emotional cost of the border restrictions were "very high," he added.

American citizens and permanent residents were always allowed to enter the U.S., but the travel bans grounded tourists, thwarted business travelers and often keep families far apart. Travelers must have proof of vaccination and a negative COVID-19 test.

"I think a lot of people have been waiting for this day," said Eileen Bigelow, area port director for Vermont for Customs and Border Protection. "They look at it as a light at the end of the tunnel for some return of normalcy." 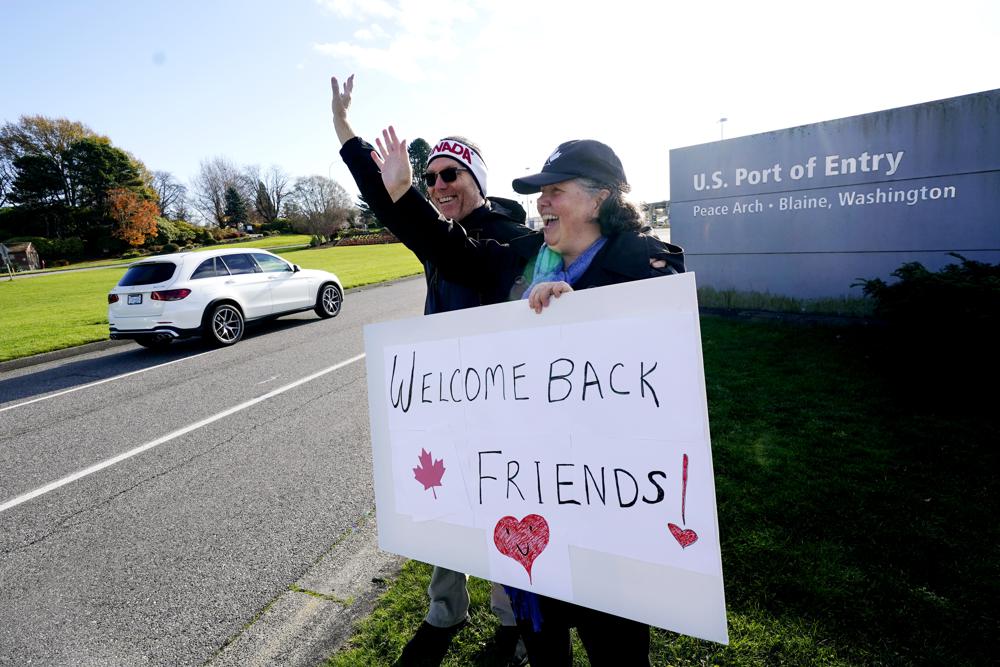 On the U.S. borders with Mexico and Canada, where traveling back and forth was a way of life before the pandemic, the reopening brought relief. Malls, restaurants and shops in U.S. border towns were devastated by the lack of visitors from Mexico.

San Diego Mayor Todd Gloria, flanked by U.S. and Mexican officials at a celebratory news conference at the San Ysidro crossing, said the economic losses were hefty and the cutting of family ties "immeasurable."

Sales dropped in half at David's Western Wear shop in Nogales, Arizona, which manufactures boots popular among Mexicans. "I really don't think Mexican shoppers are going to come across in hordes because they have now gotten used to buying a lot of products they need in Mexico," he said.

Owner David Moore hopes his specialty products lure back customers, but he said it won't happen overnight. Many Mexicans are still trying to get expired visas renewed amid a backlog. Those who do come may be disappointed to find shelves empty because of supply chain problems.

David Jerome, president and CEO of the El Paso Chamber of Commerce on Mexico's border in Texas, said: "It won't come back as quickly as it was shut off." Still, "we feel like we're getting our neighbors back and we're glad to get people going back to work," Jerome said.

Along Canada's boundary, cross-border hockey rivalries were upended by the travel restrictions. Churches that had members on both sides of the border were suddenly cut off from each other. But on Monday, border traffic quickly returned. 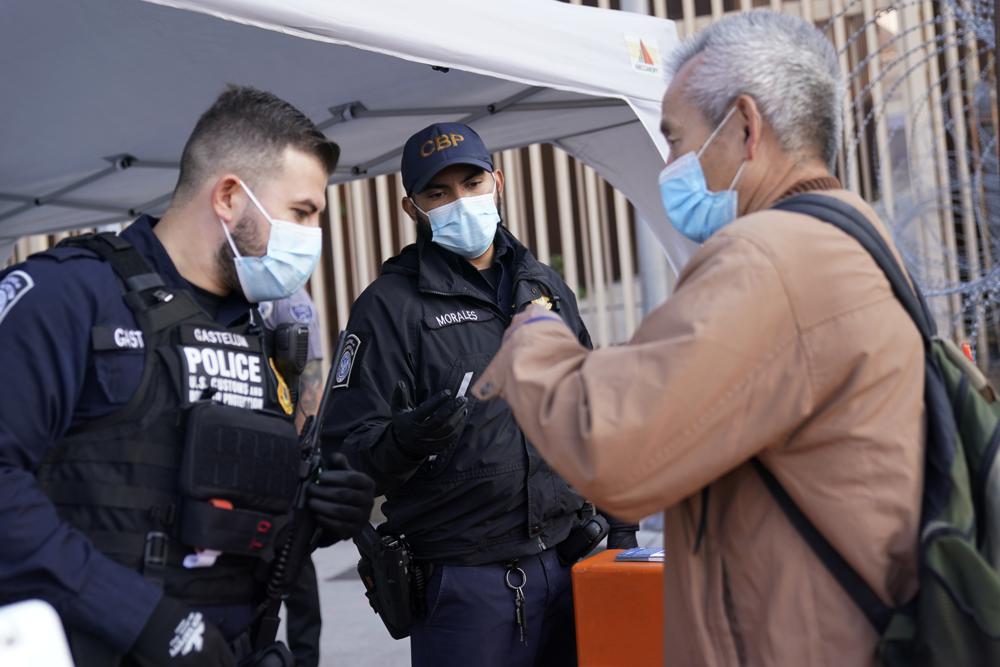 Travelers at the Peace Bridge in Buffalo, New York, one of the northern border's busiest crossings, found a 2.5-hour wait at 2 a.m., officials said, though within a few hours traffic was flowing more freely. The bridge typically handles about 2 million passenger vehicles from Fort Erie, Ontario, yearly, many of them bound for the region's shopping malls, ski slopes and sporting events. Volume dropped by more than 90 percent during the pandemic.

Airlines are preparing for a surge in activity – especially from Europe – after the pandemic and resulting restrictions caused international travel to plunge.

The 28 European countries that were barred made up 37 percent of overseas visitors in 2019, according to the U.S. Travel Association. As the reopening takes effect, carriers are increasing flights between the United Kingdom and the U.S. by 21 percent this month over last month, according to data from travel and analytics firm Cirium.

In a sign of the huge importance of trans-Atlantic travel for airlines, British Airways and Virgin Atlantic celebrated the reopening by synchronizing the departures of their early morning flights to New York on parallel runways at London's Heathrow Airport. 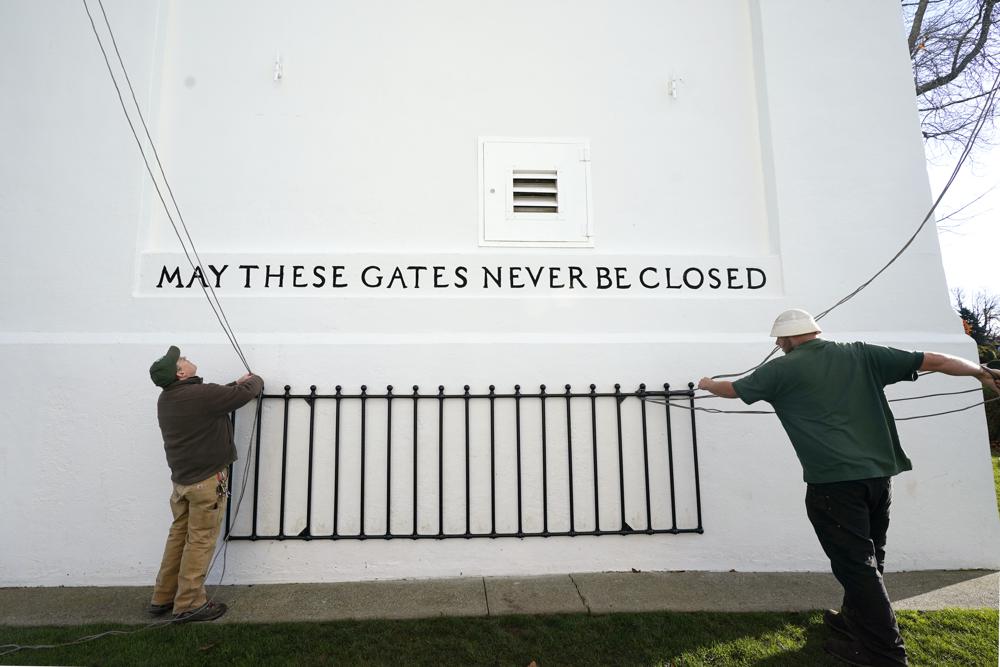 WHO warns U.S. should take lessons from Europe's COVID resurgence

COVID-19 cases have been resurging across Europe. Current transmission rates in 53 European countries are of "grave concern" and new cases are nearing record levels, exacerbated by the more transmissible Delta variant of the virus, according to World Health Organization's (WHO) Europe head Hans Kluge.

Americans "absolutely" need to pay close attention to the situation in Europe right now, and take lessons from it, Kluge added.

"The basic principle is, if there is a situation where the peak is accelerating, don't wait" to bring back the anti-pandemic measures, and "the earlier, the stricter, the better," Kluge said.

The U.S. will accept travelers who have been fully vaccinated with any of the shots approved for emergency use by the WHO, not just those in use in the U.S. But millions of people around the world who were vaccinated with shots not approved by the WHO will not be able to travel to the U.S.

Testing and quarantine requirements remained obstacles for others. A mobile testing truck was parked near the Peace Bridge in New York, promising results in 30 minutes for $225 and next-day results for $160.