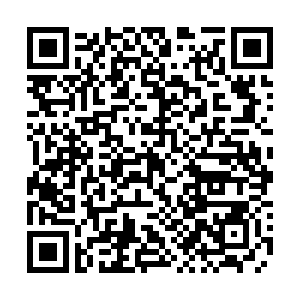 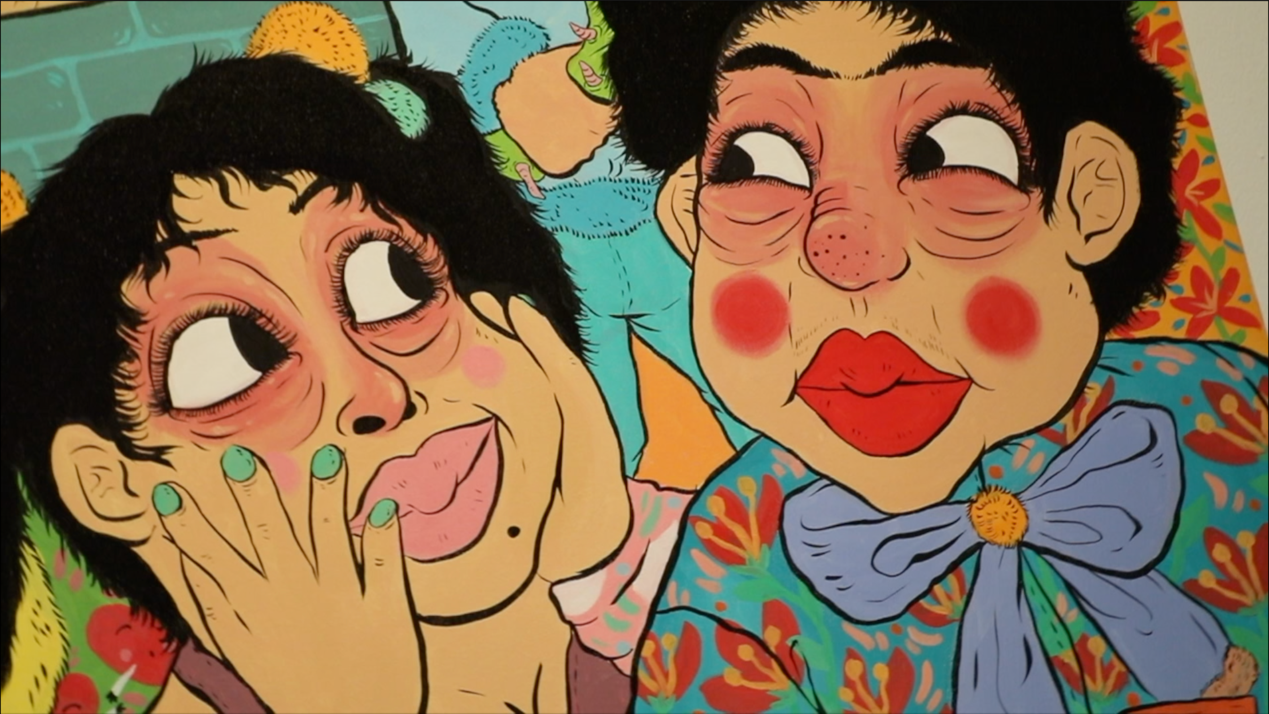 Art expresses aesthetics, conveys messages and can also entertain. At the Beijing Times Art Museum, a large gathering of art themed "fashion art" seeks to achieve all these.

The nearly 100 pieces of art hope to break the boundaries separating art from tradition, fashion and technology by catching people's attention in the most direct way. Here, art is not just something hanging on a wall or placed by the window, just for display. Young artists invite their peers to discover what they intend to convey by interacting with their works. 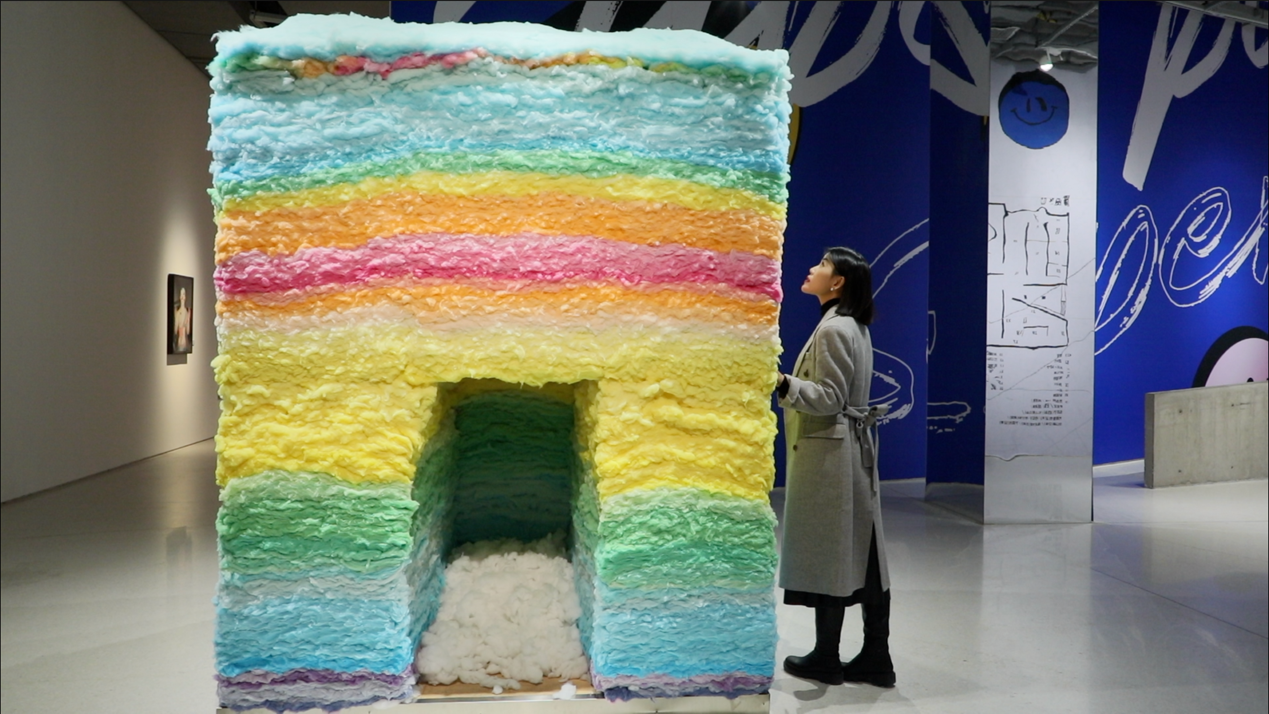 "Looking from a distance, I wanted to eat the cake and own it," one visitor said. "Sitting in the middle of it feels safe and soft. That's what cotton feels like."

One of the exhibition organizers, Jin Dongfang, has spent the last few years working on art forms popular with young people. She said "fashion art" is a new concept, mainly popular among people aged 20 to 40.

"Fashion art is an art form that has come up in the past two years. We didn't even have an expression for it back then, but now everyone is talking about it," Jin told CGTN.

When asked about her definition of fashion art, Jin said it includes a diverse range of forms, like new media, street art, pop art and many other emerging art forms. The difference between fashion art and contemporary art, Jin believes, lies in that fashion art is more relevant to people's lives and easier for ordinary people to understand. 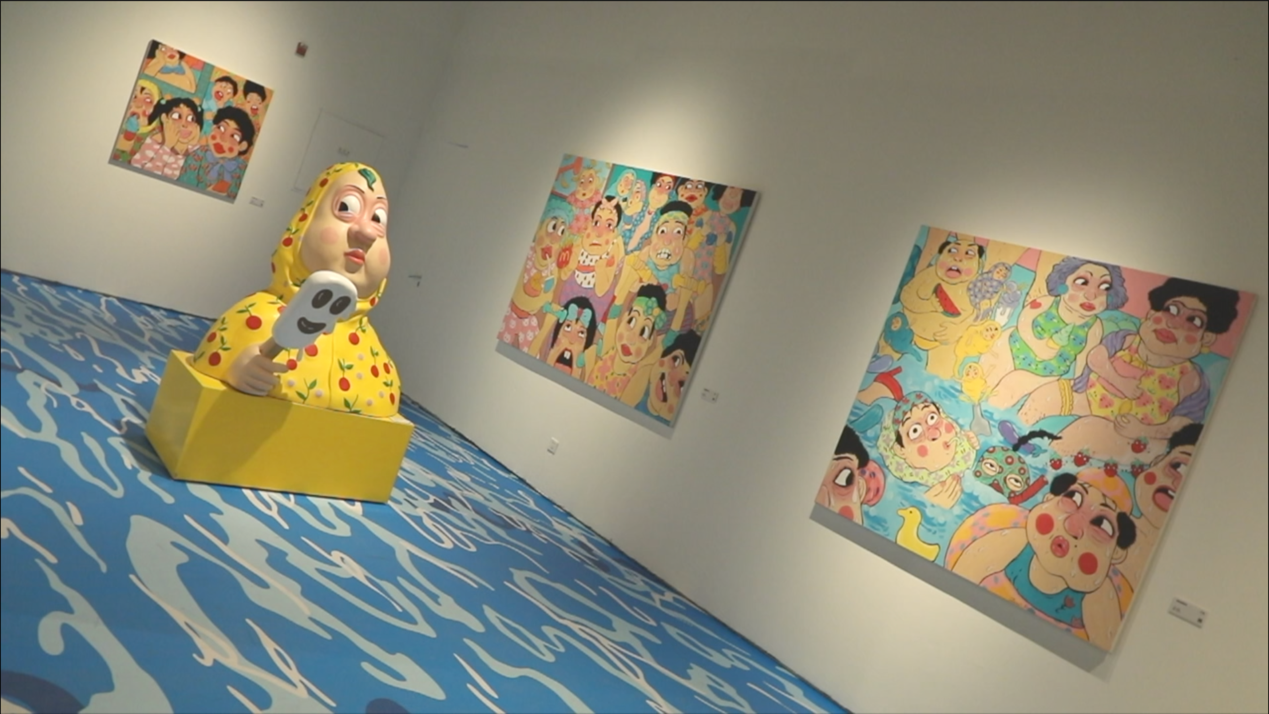 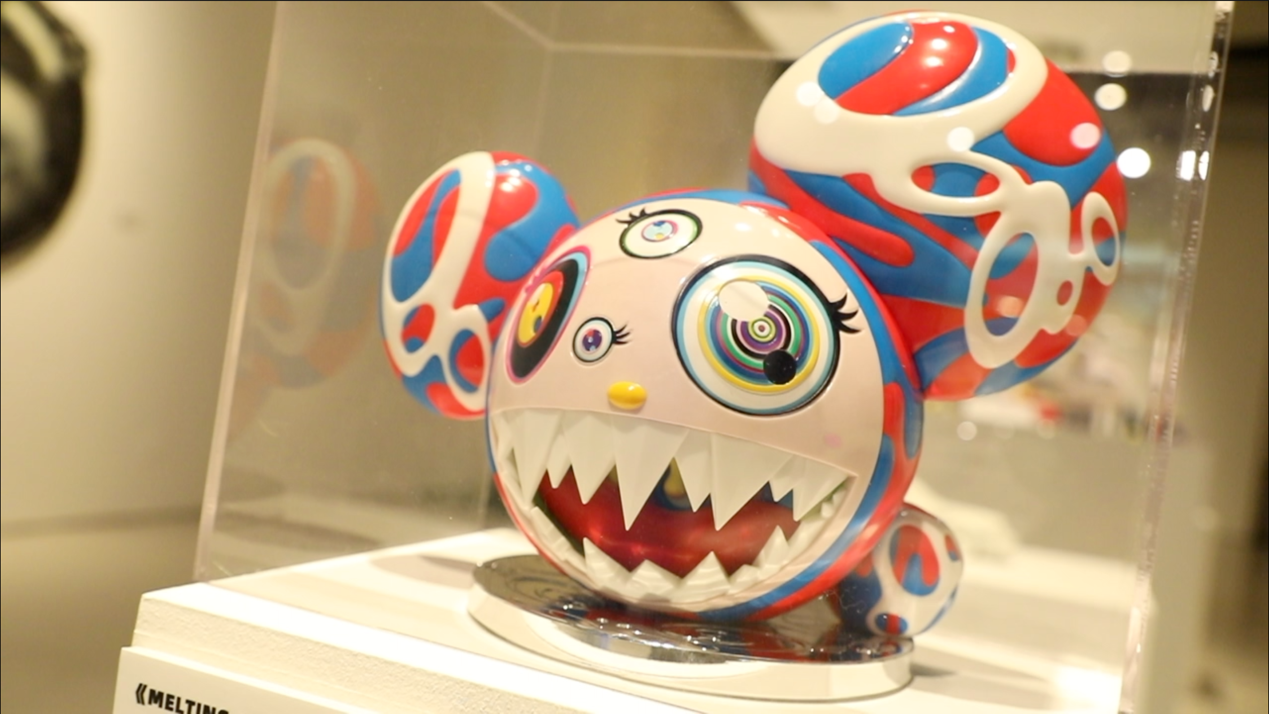 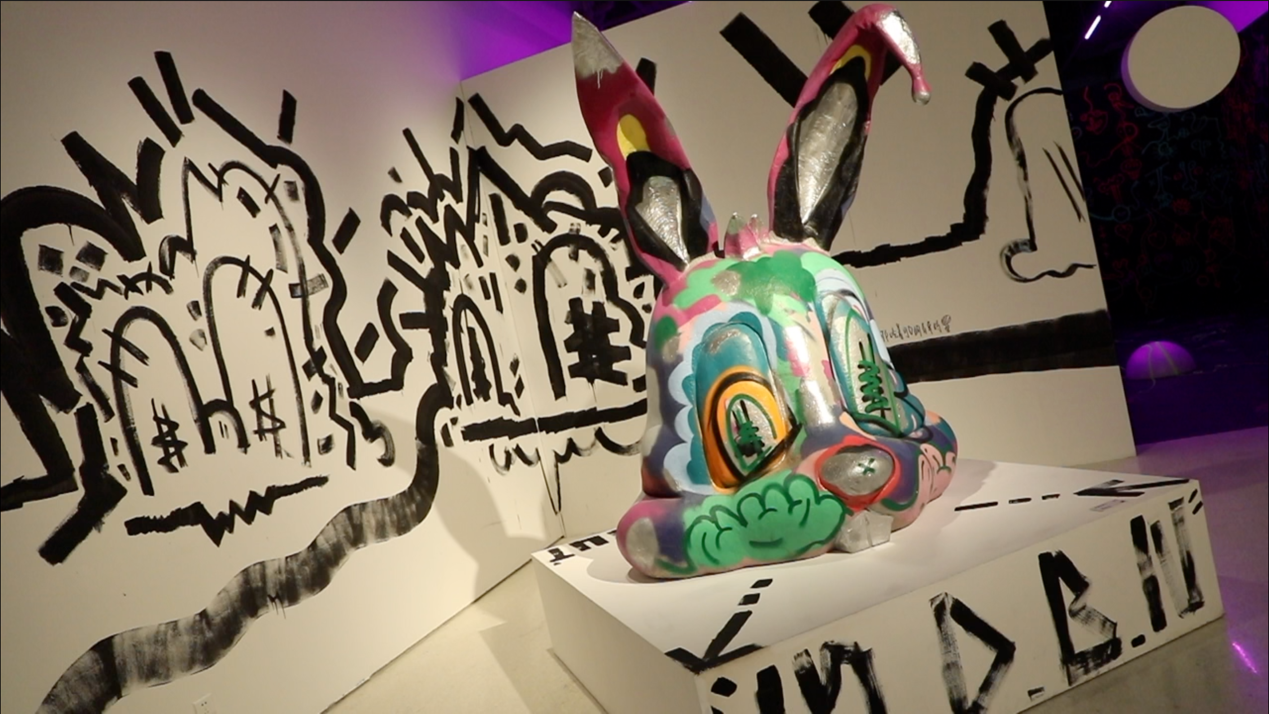 The art toy section is especially popular in this exhibition. When artists and viewers live in the same time and space, they are easily in tune with one another, even without much introduction.

"The reason why art toys are so popular nowadays is that they are more accessible and allow us to imagine and play with them," Jin said. "Art consumption among young people has only become more popular in recent years. Before that, they rarely bought art products. They were not interested. Celebrities' promotion changed the situation."

The exhibition runs through November 14.