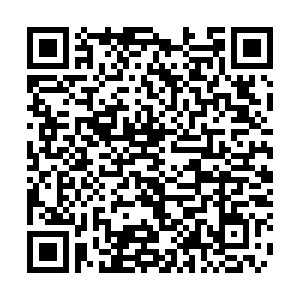 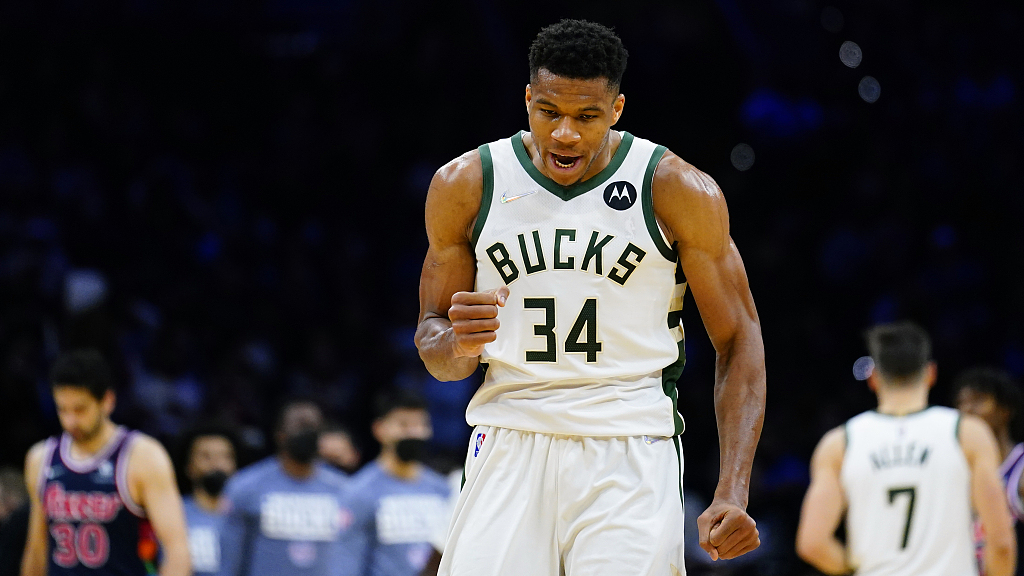 Giannis Antetokounmpo of the Milwaukee Bucks celebrates during an NBA match against the Philadelphia 76ers in Philadelphia, U.S., November 9, 2021. /CFP

Giannis Antetokounmpo of the Milwaukee Bucks celebrates during an NBA match against the Philadelphia 76ers in Philadelphia, U.S., November 9, 2021. /CFP

The Milwaukee Bucks held off the shorthanded Philadelphia 76ers 118-109 on Tuesday night, with 31 points and 16 rebounds from Giannis Antetokounmpo and 25 points from Grayson Allen, who hit a key 3-pointer late in the fourth quarter. Tyrese Maxey scored 31 points for the 76ers.

Bucks coach Mike Budenholzer said Antetokounmpo took his game to another level. "He can do some unique things, and he did it multiple times tonight. There was just that extra desire, that extra competitive gear that he needed, that we needed," said Budenholzer.

The 76ers were missing their four-time All-Star Joel Embiid two games in a row, who was ruled out due to NBA's health and safety protocols, along with Tobias Harris, Matisse Thybulle and Isaiah Joe. Seth Curry and Ben Simmons were also absent for health and personal reasons, respectively.

"I think everybody's here to win. We know we're shorthanded, but we have to clean up some things in the fourth quarter," said Georges Niang, who contributed 21 points to the 76ers.

Also on Tuesday, the Los Angeles Clippers extended their winning run to five games as they defeated the Portland Trail Blazers 117-109.

The Utah Jazz routed to a 110-98 home win over the struggling Atlanta Hawks, with five Utah players scoring double digits.