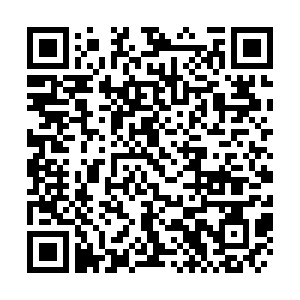 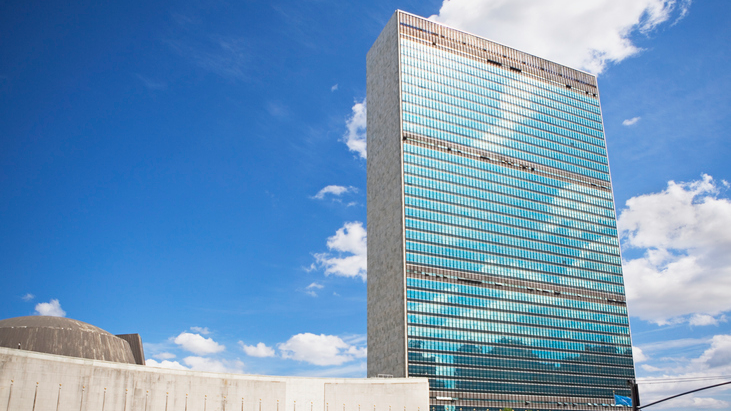 Putting a lid on the global security threat or on a new arms race on our planet, the First Committee of the 76th United Nations General Assembly, which deals with disarmament, global challenges and threats to peace, made history by passing a draft resolution on arms control submitted by China. The historic resolution requires the UN to initiate an inclusive and transparent process and coordinate the international community in exploring solutions that are in line with the interests of all nations.

The Chinese-proposed resolution "Promoting International Cooperation on Peaceful Uses in the Context of International Security" states that "all countries have the right to exchange equipment, materials, and science and technology for peaceful purposes, and that all countries should take concrete measures to promote peace while fulfilling their obligations to prevent the proliferation of weapons of mass destruction and their means of delivery."

The resolution calls for the existing non-proliferation export-control mechanism to remain open and transparent and not to restrict the sustainable development of developing countries. As maintained by Geng Shuang, China's deputy permanent representative to the UN, this is because the existing export-control mechanisms are set up with good original intentions, but they are often abused and politicized, leading to unfair restrictions on economic, trade and scientific and technological cooperation with many developing nations.

Unfortunately, some parties are still determined to politicize the relationship between development and security, or non-proliferation and peaceful uses of materials, equipment and technology. In a strange sense, they practically make sure that certain countries are unable to enjoy international cooperation. For some rotten reasons, developing nations are also unable to use emerging technologies to accelerate technological development and realize the UN's 2030 Agenda for Sustainable Development.

No wonder many countries voted in favor of China's resolution at the UN. It largely reflects their rightful demands and concerns on the issue of peaceful use and embodies the correct attitude of balancing non-proliferation and peaceful use. It also reflects China's positive influence in the global security domain as well as constructive role in international arms control and disarmament. 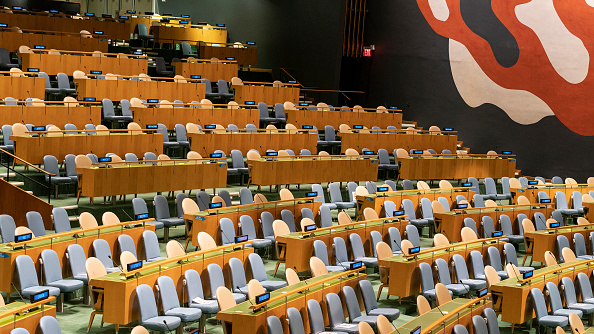 View of the empty hall before the start of the debate at 76th UN General Assembly at UN Headquarters in New York City, September 27, 2021. /Getty

View of the empty hall before the start of the debate at 76th UN General Assembly at UN Headquarters in New York City, September 27, 2021. /Getty

Nonetheless, expect the peace-haters and skeptics to raise the stakes at the UN with their unilateral restrictions and sanctions against countries that are not on the same page with their global domination agenda. They offer no explanation for their theatrics which only leads us to the argument that their "security concerns" are just for show. Within the same context, restricting the right of the peaceful use of any technology, which is among the fundamental rights of humans, is an incorrect and discriminatory measure under international laws and understandings.

The saber-rattling parties are only isolating themselves further among the international community. Running around like a mad man with a blade in one's hand is not the best way to solve global security problems. Delusory steps against China and others would only increase tensions and complicate matters during global security talks and meetings at the UN. They need to negotiate in good faith.

No, securitizing the world is not the next step in their destiny. They have no right to extend technological sanctions and scientific restrictions against developing nations. They are also free to think otherwise, but they can be pretty much sure that the UN's policy of normalizing the right to exchange equipment, materials, and science and technology for peaceful purposes under the Chinese resolution has only just begun.

Despite the ongoing suspicion, demonization, and counterproductive rivalry, it is not a mathematical formula whereby the developing nations get certain amounts of sanctions or restrictions relief and automatically they are causing problems in their region, or triggering an arms race. The argument that relief will result in insecurity falls short. Not only does it fail to consider how the UN system operates, but it also overlooks even the basic strategic nuances of its global security policy, which like China's is based on non-violence, non-intervention, and international law.

Some Western governments who are happily part of the package claim that they have recognized the developing nations' right to peaceful technology and cooperation in the context of international security and law, and that they will encourage the developed nations to cooperate. But this is not a concession; it's a requirement. As per the UN Charter and Chinese resolution, all member states have the right to participate in the fullest possible, exchange of equipment, materials and scientific and technological information for the peaceful uses of emerging technologies.

With that in mind, China's policy of seeking new ways for international security cooperation, resolving the outstanding issues of arms race and removal of misunderstanding about the peaceful uses of science and technology will remain absolutely unchanged, principally when it comes to security cooperation, clean energy generation, and research and development.