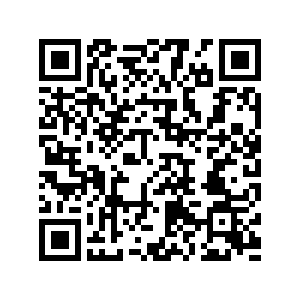 The ongoing UN Climate Conference in the UK has gathered parties to accelerate actions leading to the reduction of carbon emissions and mitigation of climate change in line with the goals of the Paris Agreement. Once again, fingers are being pointed at China for emitting more pollutants than other countries. Is China the world's largest carbon emitter, then?

The annual CO2 emissions of 2020 might suggest so. In 2020, the country emitted 10.67 billion tonnes of CO2, more than any other country in the world.

However, a report by Germany's Deutsche Welle listed three reasons why the truth is far more complicated than a single figure: CO2 emissions per capita paint a different picture, historical emissions must be considered, and responsibility for CO2 emissions is solely counted on producers, leaving out consumers.

Statistics show that China's per capita carbon emissions are lower than many other countries. Data from the Global Carbon Project and Our World in Data ranks China 45th, emitting 7.41 tonnes of CO2 per capita, while the U.S. takes the 14th place with 14.24 tonnes.

In addition, the current climate change is largely caused by historical emissions. Data shows that although China is the largest emitter of carbon emissions as of 2020, it has emitted 235.56 billion tonnes of CO2 since 1750 – just over half as much as the U.S., which released 416.72 billion tonnes.

Furthermore, the current statistical standards for carbon emissions attribute the responsibility to the products' producers, ignoring the consumers.

The truth is that plenty of items are labeled "Made in China," and the greenhouse gases emitted during the product's manufacturing are tallied as China's – rather than the country where the products are actually purchased and used.

If the statistics are adjusted for emissions for products that go abroad, the Chinese CO2 balance drops about 10 percent.

In response to global climate change, China has actively taken the following measures to implement the Paris Agreement.

Moreover, here are some of the major points in the action plan to peak carbon dioxide emissions before 2030:

– Drop carbon intensity by more than 65 percent compared to the 2005 level;

– List industrial sectors that will peak emissions by 2030, including steel and petrochemicals;

– Control the rise in coal consumption before it is phased down by 2030;

The accusations on China mentioned at the beginning were overturned by reasonable data and China's measures to deal with climate issues. In today's society, where everyone has a say, we should speak rationally with facts.