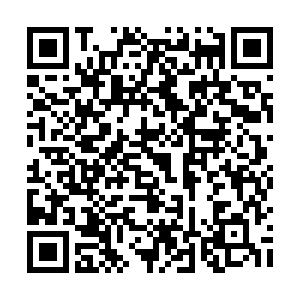 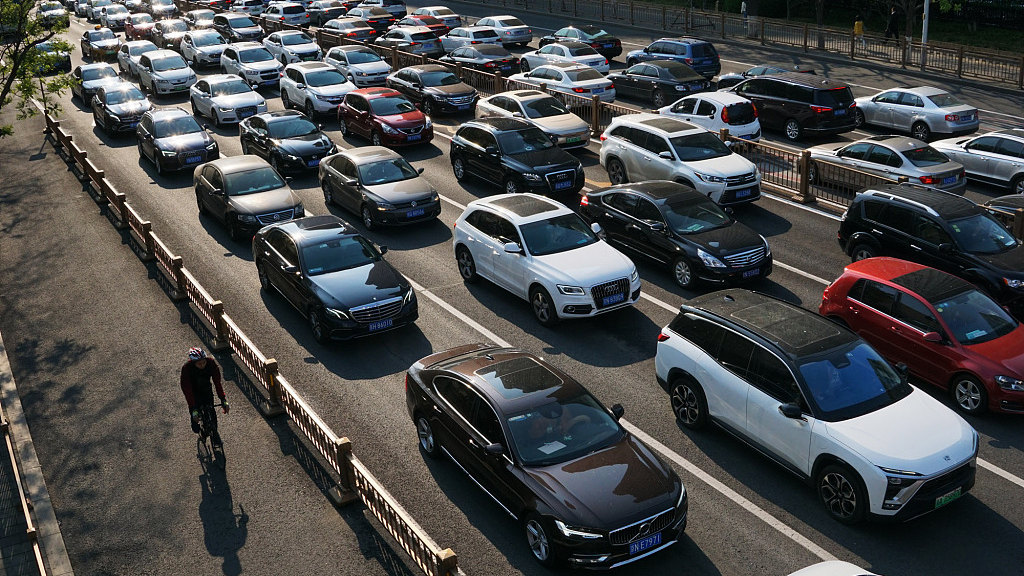 Last year, when green transportation still had a long way to go in terms of development and adoption, the electric car tycoon felt the heat. And he tweeted that fuel cell technology is "staggeringly dumb" and equated it to "fool sells."

In China, the world's largest electric car market, it's not news that battery-powered electric vehicles have gradually become popular with its consumers in recent years. However, under the country's resolution to tackle pollution, FCEV has come into view.

China, the second largest economy in the world, announced last year that it will reach a carbon peak by 2030 and carbon neutrality by 2060. Seen as a positive sign by the clean energy industry, the commitment has been a boost for the future of the hydrogen-powered vehicle.

Both all-electric vehicles and FCEVs use new energy and have the potential to replace gasoline-powered cars.

Similar to other electric cars, FCEVs also use electricity to power a motor. But unlike all-electric vehicles, which store electrical energy in a battery, FCEVs use a fuel cell to combine hydrogen from a tank with oxygen coming from the air.

FCEVs still hold a battery in their bodies, but not as the main source of power. Without plug-in capabilities, most FCEVs today use the battery as an adjuster to smooth out the power from the fuel cell and provide extra power when acceleration is needed.

It is easy to see that the principle of FCEVs' movement is more complicated than that of common battery-powered electric vehicles; it's a bit similar to gasoline vehicles, which generate power in their engines. That very difference enables FCEVs to save hours of charging time when compared to all-electric vehicles. 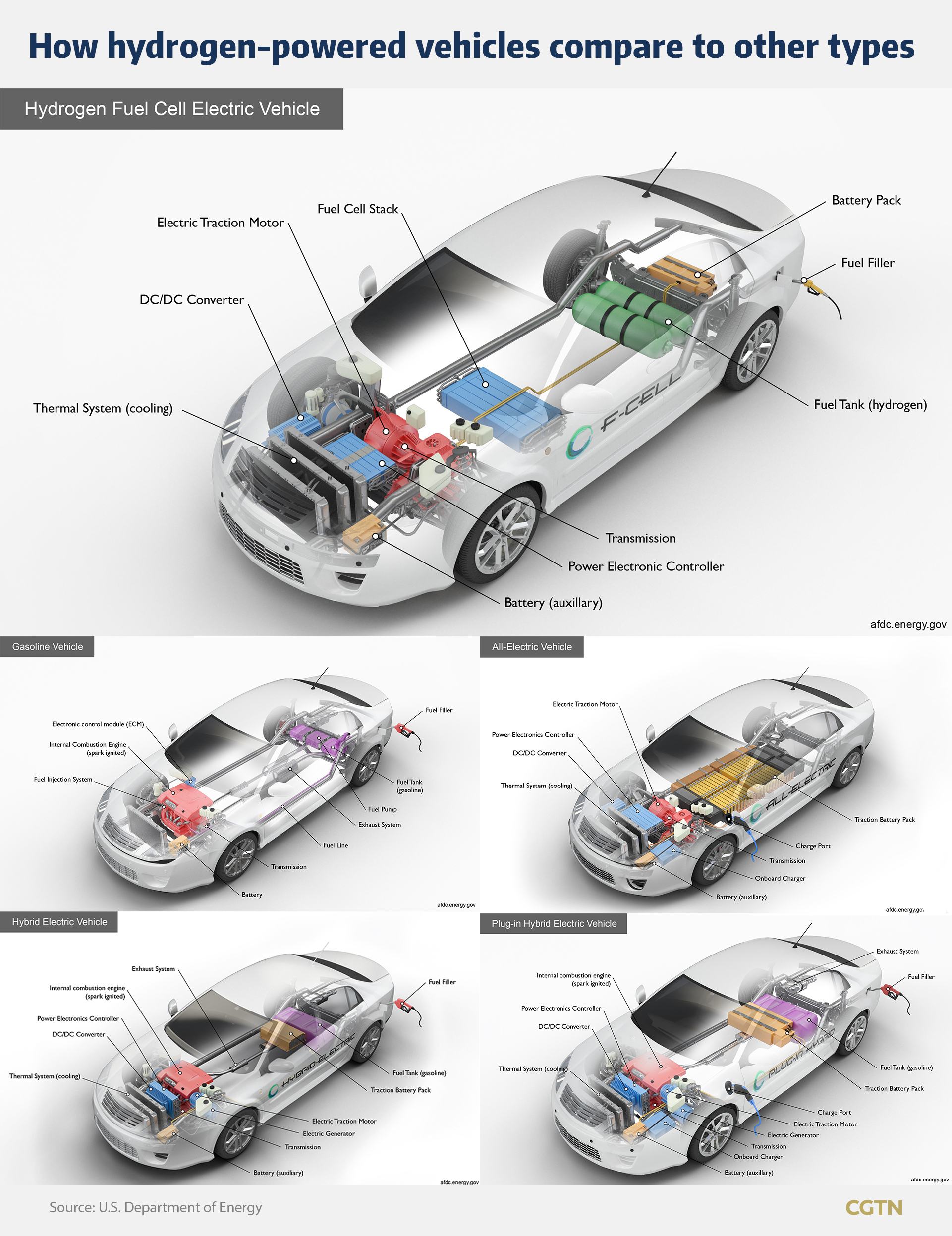 "It only needs the same time to be filled up as fueling traditional gas vehicles to meet the similar driving distance, which is a huge advantage considering the battery charging process," said Henry Liu, vice president of Hong Kong Nation-Synergy Hydrogen Power Technology Co., Ltd.

Simply looking at the carbon emissions, FCEVs play a more significant role in the path to a zero-emission society. According to a report by the Canadian Hydrogen and Fuel Cell Association, the carbon dioxide produced by FCEVs per kilometer is 2.7g, much lower than battery-powered electric vehicles' 20.9g.

Still, only emitting water and heat doesn't mean absolute zero-pollution. Since the majority of the hydrogen sourced for fuel comes from traditional natural gas extraction, "producing the hydrogen itself can lead to pollution, including greenhouse gas emissions," the Union of Concerned Scientists said.

"To achieve a breakthrough in the future, hydrogen vehicles need a significant reduction on cost," Liu Qiang, director of Energy Security and New Energy at the Chinese Academy of Social Sciences, told CGTN.

"Specifically, it depends on three costs, one is the [hydrogen] production cost, the other is the transportation [of hydrogen] cost, and the third is the cost of the fuel cell itself, especially that of the catalyst."

According to data provider S&P Global, the current hydrogen fuel costs in China range around 40-70 yuan per kg (about $6-11 per kg), "which is still significantly higher compared with diesel and petroleum costs."
Also, building a hydrogen refueling station is expensive. 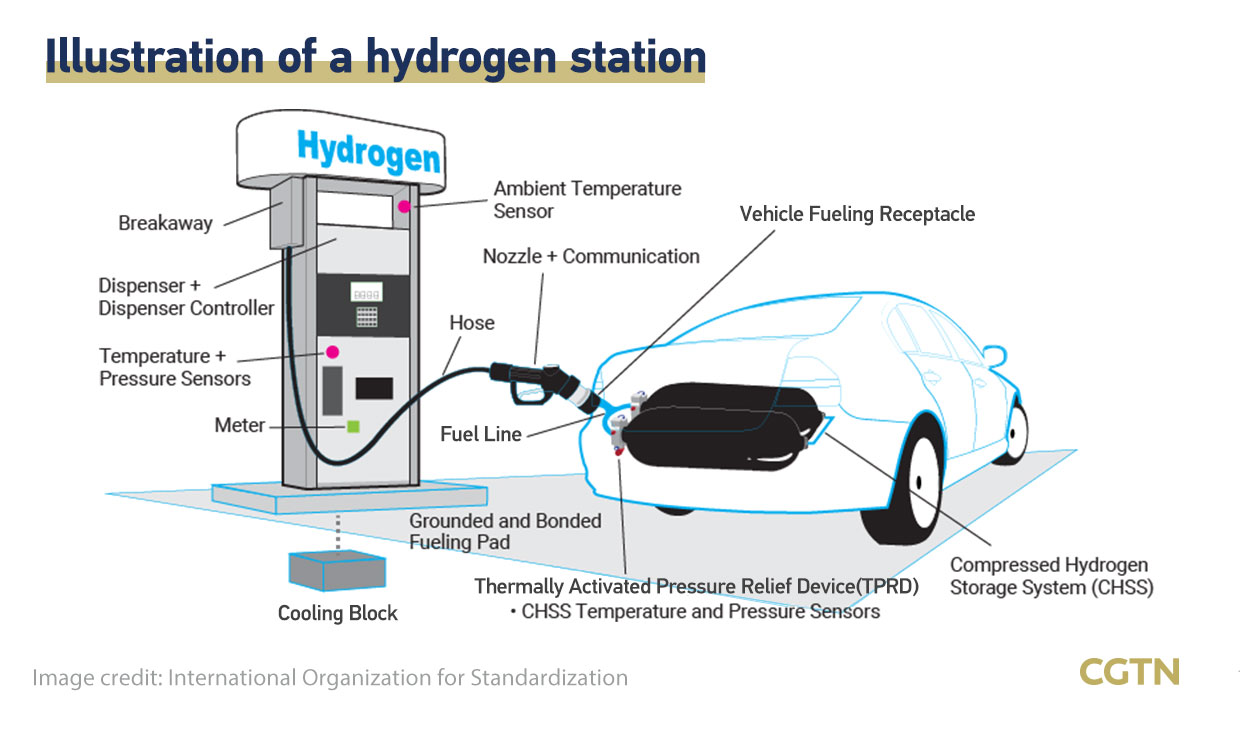 The construction cost of a hydrogen station with a capacity of 500 kg per day is about 12 million yuan, Song Jian, professor of School of Vehicle and Mobility at Tsinghua University, told the Chinese newspaper Economic Daily earlier this year.

"That does not include the cost of land," added Song. "The cost of building a charging station of the same scale is less than 10 percent of that."

Subject to money, only 553 hydrogen stations have been developed worldwide as of the end of 2020, per the statistics by database H2stations.org.

Though the number has doubled in the past ten years, gas stations in any major Chinese cities are more than that.

"Had the costs been lowered, the large-scale commercialization can be achieved," said Professor Liu. 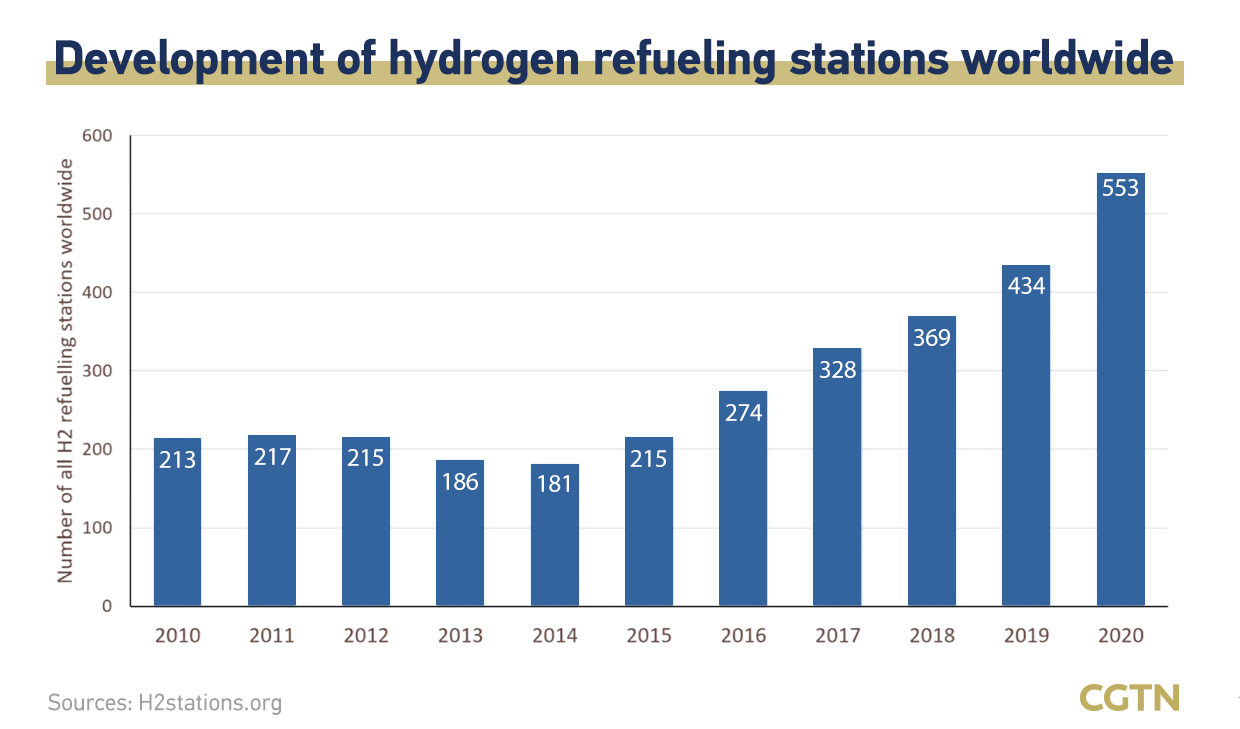 Early November, Henry Liu has brought his company to the China International Import Expo in Shanghai as he believes Chinese mainland is the next stage of FCEVs.

The country currently has 69 hydrogen stations, which are used "almost exclusively for the refueling of buses or truck fleets," said H2stations.org.

While, China showed a dynamic in expansion, with 18 new hydrogen stations added last year and its top refiner Sinopec vowing to build 1,000 of them by 2025. 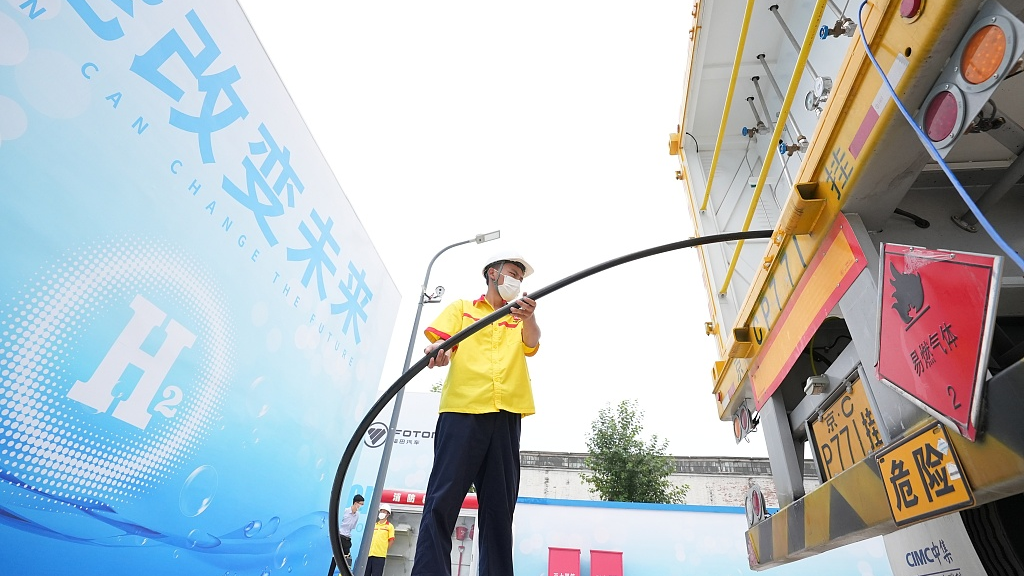 A staff fills up a hydrogen vehicle which serves the upcoming 2022 Winter Olympic Games in Beijing, China, August 15, 2021. /CFP

A staff fills up a hydrogen vehicle which serves the upcoming 2022 Winter Olympic Games in Beijing, China, August 15, 2021. /CFP

However, Henry Liu is rational enough to say hydrogen fuel cells and lithium-ion batteries "will go hand in hand."

"Lithium-ion batteries are replacing gasoline engines as the power system of passenger cars," Henry Liu told CGTN, noting he believes the hydrogen fuel cells are more suitable to be the power of commercial vehicles.

Lithium-ion batteries still face many technical problems in low-temperature environments or are used in heavy or long-lasting duties, he explained. In contrast, hydrogen fuel cells happen to have a better performance for those cases.

But for passenger cars, lithium-ion batteries will still be the dominant power before 2030, Dong told CGTN, as he believes battery-powered vehicles and FCEVs will "complement each other and replace traditional energy vehicles together."