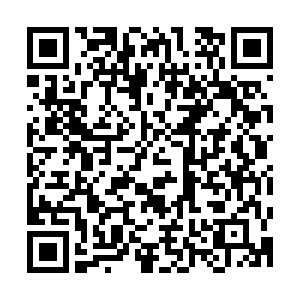 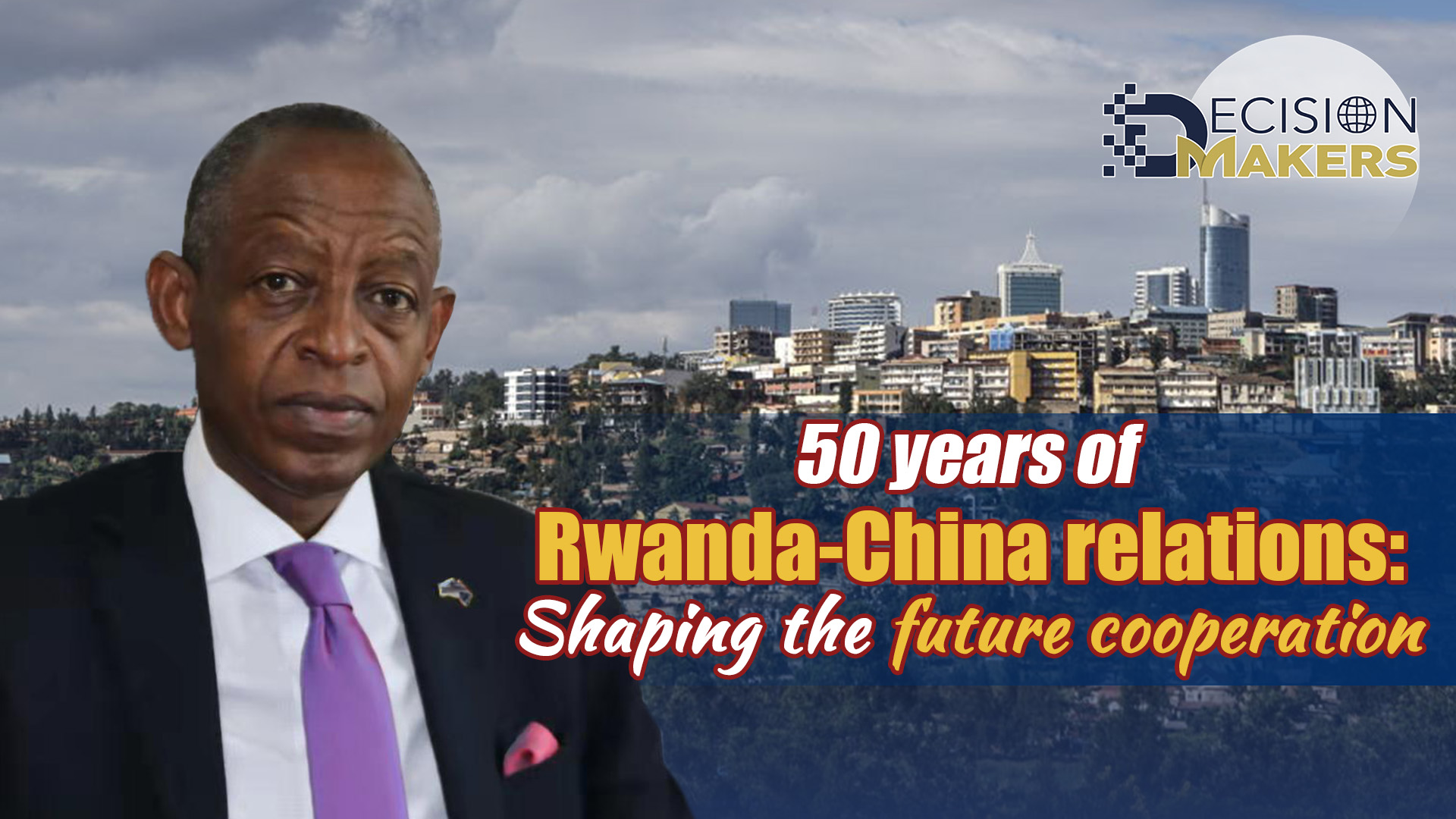 Editor's note: Decision Makers is a global platform for decision makers to share their insights on events shaping today's world. James Kimonyo is the Rwandan ambassador to China. The article reflects the author's opinions and not necessarily the views of CGTN.

2021 marks the 50th anniversary of diplomatic relations between the Republic of Rwanda and the People's Republic of China. The world was a very different place in 1971, when our countries first established diplomatic ties. Rwanda had been an independent country for less than 10 years with a very fragile economy, and China was not yet the political and economic powerhouse it is today. Compared to when our relationship started, Rwanda and China have now completely transformed.

From many aspects, the evolution of our respective countries over the last half a century reflects the changes that have taken place on the international stage and the rise of South-South cooperation. Rwanda and China first established diplomatic relations in a world where non-Western countries occupied a weak position in the world economy. Both countries had no say in international matters, leave alone playing a role.

But over the last 40 years or so, China has emerged as a formidable challenger to the status quo thanks to its rapidly growing international profile and considerable national capabilities. The country's unprecedented economic growth, coupled with its exceptional achievements in poverty reduction and human development, has not only inspired African states but also contributed to global economic development.

My country, Rwanda, has experienced a similar metamorphosis. Despite having been devastated by the genocide against the Tutsis 27 years ago, Rwanda has experienced a remarkable post-genocide development trajectory and is widely acclaimed for its economic growth, poverty reduction rates, public safety, and security. An estimated one million people have been lifted out of poverty as a result of sustained economic growth.

An increasing number of Rwandans are benefiting from their country's progress especially through higher incomes in agriculture, an expansion in off-farms jobs, and effective social protection programs. Living conditions have also been improved with the development of infrastructure and public services across the country.

Following economic reforms and industrialization in the 1980s, China experienced uninterrupted economic growth, which has led to unprecedented economic development, a great improvement in people's living conditions and political legitimacy at home and influence abroad.

In only 40 years, China managed to lift 850 million people out of extreme poverty. Moreover, despite being a developing nation, China is now the second largest economy globally. It is the global hub or the largest manufacturing economy in the world, the largest exporter of goods, the world's fastest growing consumer market and the largest trading nation in the world.

While Rwanda follows its own path, our development model shares similarities with China. China's approach to her transformation was based on her own realities, cultural values and traditions. China did not follow the supposedly best models from other parts of the world. The country managed to take control of the policymaking process while receiving supplementary aid and loans from outside sources. Similarly, the Rwandan strategy focused and still focuses on preserving policy autonomy and national sovereignty while utilizing all the available foreign resources.

Our modest recovery was the result of a political reckoning. The post-genocide leadership gave good governance and the social and economic transformation of the country its highest priority by implementing Home Grown Solutions (HGS). Rwanda used these solutions tailored to suit our local realities, ethics, cultural values, and history, to feed our development model.

Today, these domestically adjusted and highly efficient practical steps are critical drivers in implementing Vision 2050, a long-term development strategy aimed at transforming Rwanda into an upper-middle-income country by 2035 and a high-income nation by 2050.

The relationship between Rwanda and China has been continuously reinforced over the years and was further cemented with the visit of the Chinese President Xi Jinping in July 2018, during which together he signed 15 bilateral cooperation agreements with his counterpart the President of the Republic of Rwanda Paul Kagame. The agreements signed during this visit focused on strengthening mutual investment in infrastructure, e-commerce, law enforcement, human resource development, civil air transport cooperation, geological survey, visa exemption policy, silk road, among others. 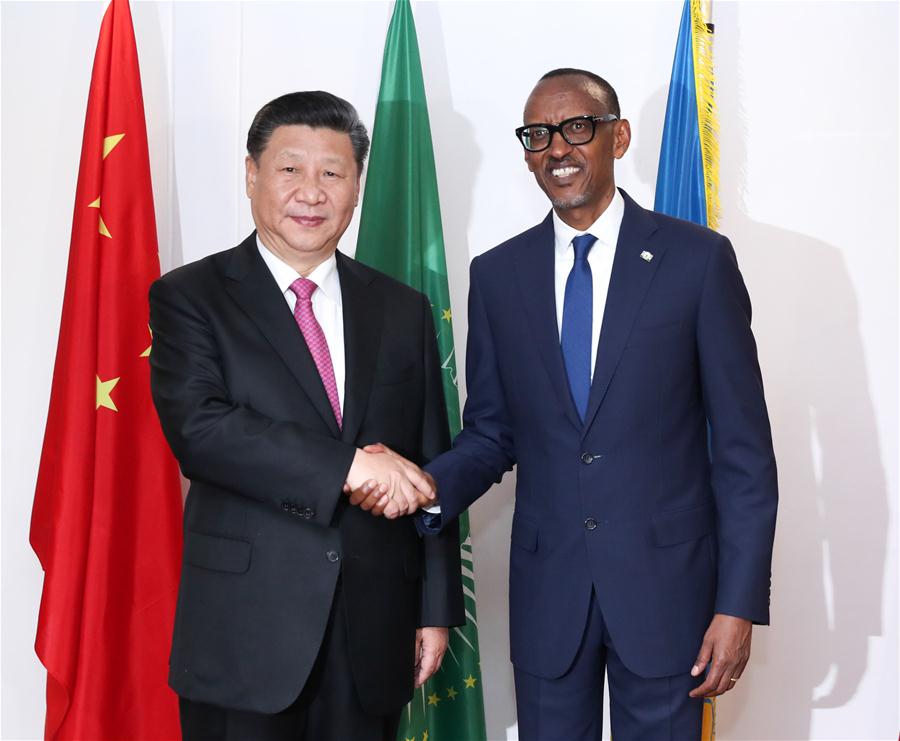 When taking a closer look, it is easy to understand why our relationship grew so close. China understands and supports Rwanda's vision and transformation, by offering support in key areas to reach one of our central goals, economic self-reliance and graduating from foreign aid, which currently stands at almost 20 percent.

In addition, Rwanda has found valuable market opportunities in China by supplying specialty agricultural commodities such as high-quality chili, tea and coffee. This beneficial relationship was made possible thanks to the reforms undertaken by the government of Rwanda by adopting business-friendly policies to attract foreign investors.

Today, Rwanda is ranked number one in East Africa, number two in Africa and 38th globally according to the World Bank Doing Business Report of 2020.

China has set two centenary goals to be achieved by 2021 and 2049, marking the centenaries of the Chinese Communist Party and the People's Republic of China, respectively. So far, China has completed the building of a moderately prosperous society in all respects. By 2049, China aims to build a modern socialist country that is prosperous, strong, democratic, culturally advanced and harmonious. The achievements will shape China's long-term economic plans and address the country's approach to everything from geopolitical issues to climate change issues.

Rwanda has for its part set a long-term development strategy aimed at transforming the country into an upper-middle-income country by 2035 and a high-income nation by 2050. The overarching goals for the two strategic visions are economic growth, prosperity, high quality and standards of life for Rwandans.

As the world's future economic leader and the youngest and fastest-growing continent globally, the relationship between China and Rwanda as well as Africa will be at the center of the changes that will arise in the decades to come.

As His Excellency President Paul Kagame recently said during the China Africa Economic and Trade Expo, "Our firm intention is to deepen our relationship even further in the next half-century of cooperation."

I strongly believe that our cooperation in the next 50 years will be much stronger and beneficial to our two peoples.