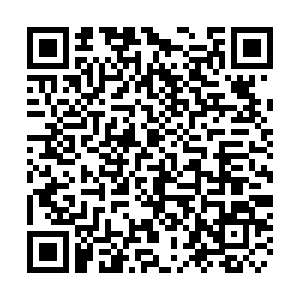 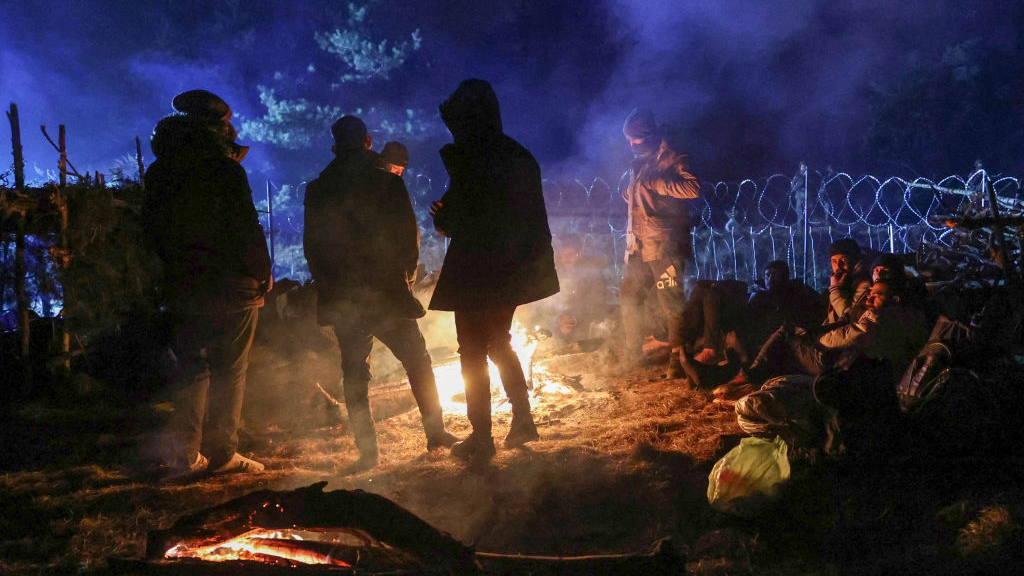 Migrants stand by a bonfire at a tent camp on the Belarusian-Polish border, in Grodno region, Belarus, November 11, 2021. /Getty

Migrants stand by a bonfire at a tent camp on the Belarusian-Polish border, in Grodno region, Belarus, November 11, 2021. /Getty

Thousands of migrants from the Middle East remain stuck at the Belarusian–Polish border while Minsk and Warsaw keep playing the blame game. Belarus accuses Poland of an inhuman treatment of the refugees, while the European Union (EU) member insists that Russia's ally is using asylum seekers as a political weapon.

The EU, for its part, has announced a new package of sanctions against Belarus. Moreover, Brussels reportedly plans to impose sanctions on Russia's flag-carrier Aeroflot, and even on Turkish Airlines, blaming the companies for flying migrants into Belarus. If the EU really decides to punish Russia, Moscow may consider banning the passage of Western airlines over the Russian territory, while Belarusian President Alexander Lukashenko promised to cut off gas transit to Europe in response to new Western sanctions. Indeed, the migrant crisis is about to escalate.

Russian bombers already carried out flights over Belarus – a move that aimed to show the Kremlin's full support to Belarusian President Lukashenko. Polish authorities, on the other hand, have deployed thousands of troops to the Belarusian border in order to prevent migrants from illegally entering the European Union. For now, desperate asylum seekers from Iraq, Syria, and other Middle Eastern countries, keep arriving to Belarus, hoping that they will find a way to reach the European Union.

Poland, as well as Latvia and Lithuania, have started building a wall along the border with Belarus. Once completed, the barrier will likely prevent refugees from crossing the border, which means that Belarusian authorities will have a hard time resolving the migrant crisis on their own. Even with Russia's help, President Lukashenko will hardly have much choice. Deporting migrants back to their home countries would be very expensive, and allowing them to stay in Belarus is unlikely a good option.

Firstly, migrants are seeking to move to rich EU countries, namely Germany, France and Belgium. They are not particularly interested even in Poland, let alone staying in Belarus. More importantly, it is rather questionable what an impact on Belarusian economy would such an influx of migrants have. Theoretically, they could move to Russia, but the geographically largest country in the world already has millions of migrants from Central Asia, and it is not very probable that the Kremlin would be willing to receiving more refugees.

Thus, in case migrants remain stuck in Belarus, the only option left for them would be to go southward – to Ukraine and then to EU members Poland, Slovakia, or even Hungary. Quite aware that such a scenario is entirely possible, Ukrainian authorities announced that they have started preparing for events similar to the near humanitarian catastrophe on the Belarusian-Polish border. 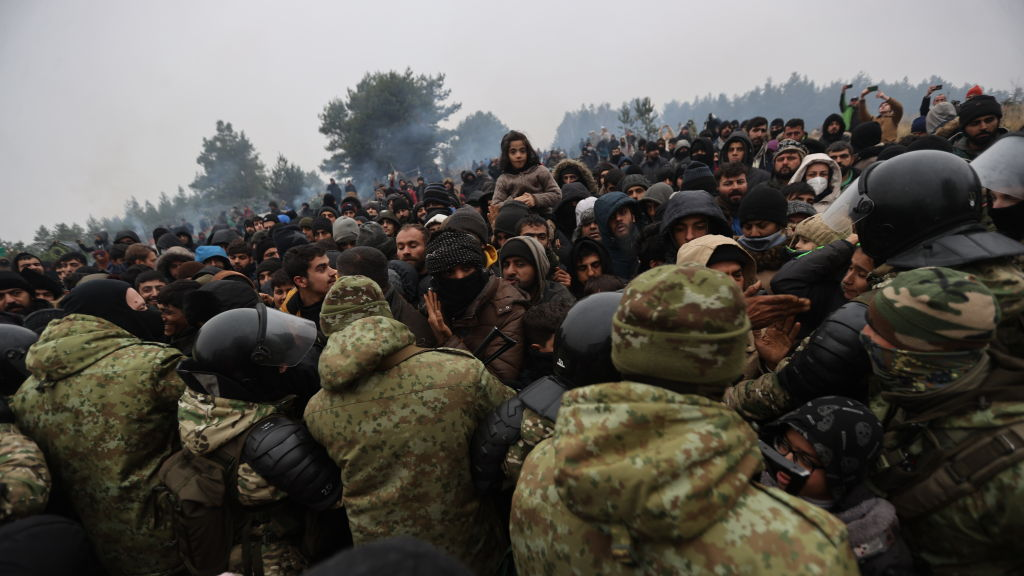 Irregular migrants continue to wait at the Polish-Belarusian border in Belarus, November 11, 2021. /Getty

Irregular migrants continue to wait at the Polish-Belarusian border in Belarus, November 11, 2021. /Getty

Politically, the migrant crisis has a significant impact on relations between Belarus and the EU. The influx of refugees from the Middle East came as a result of sanctions that Brussels imposed on the Eastern European country in May, following the Ryanair incident and the arrest of Belarusian blogger Roman Protasevich.

Lukashenko openly threatened to allow migrants to flow into the EU unhindered, which was his "asymmetric response" to Western sanctions. Russia, for its part, firmly stands with Belarus, but some reports suggest that the West has already started pressuring Russian President Vladimir Putin to prevent Lukashenko from launching what Western media call a "hybrid attack" on EU member Poland.

On November 10, Russian leader discussed the migrant crisis with the outgoing German Chancellor Angela Merkel, but it is not clear if any deal has been reached. Previously, Putin and Lukashenko exchanged opinions on the situation with refugees on the Belarusian-Polish border. Such talks clearly signalize that there are attempts to resolve the crisis whose outcome is presently highly uncertain.

Russian Foreign Minister Sergei Lavrov suggested that the European Union could provide financial assistance to Belarus in order to encourage it to stop migrants from crossing into the bloc. Although some Western politicians and analyst accuse Russia of "blackmailing" the EU, it is a well-known fact that Brussels paid billions of euros to Turkey to prevent migrants from reaching EU members. Still, it is not very probable that the EU will implement the same model when it comes to Belarus.

For the West, NATO member Turkey, Russia's ally in the Collective Security Treaty Organization and the Eurasian Union, has a far greater importance than Belarus. In addition, the West and Minsk have been at odds for over a year, and any financial compensations, or concessions to Belarus would make EU look weak. Thus, Brussels is expected to continue imposing sanctions on the Eastern European country, although such a policy will unlikely prevent Lukashenko from providing "asymmetric responses" to Western actions.

Belarus will change its political course only if Russia and the West reach a wider deal over the migrant crisis. But even then, Lukashenko – who firmly insists on Belarus' sovereignty – will likely reserve the right to pursue its own political agendas, although in such a way that does not have a negative impact on overall relations between Moscow and its Western partners.