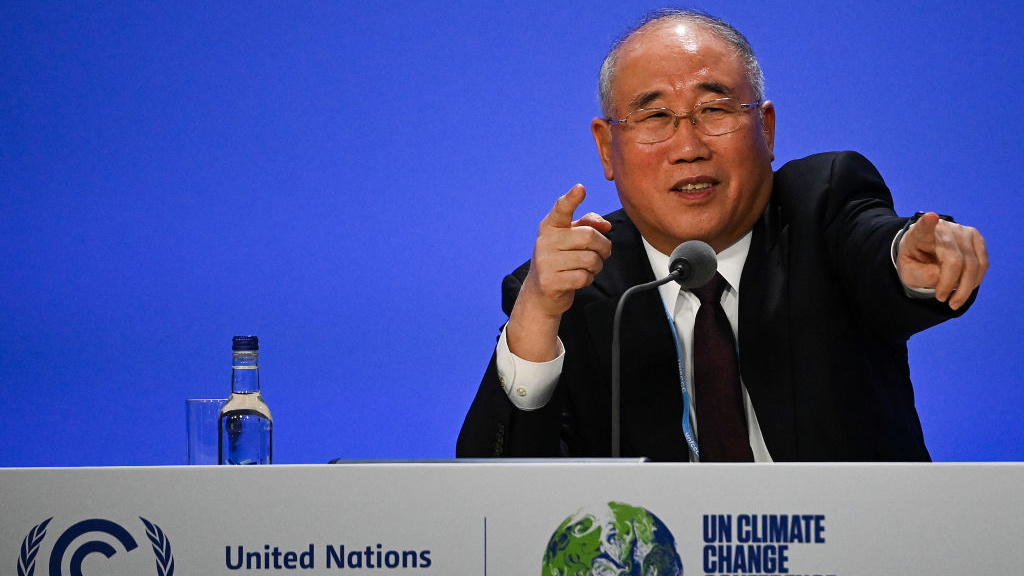 Editor's note: Huang Yongfu is an economic affairs commentator. After earning a PhD, he started his career at the University of Cambridge and then moved on to the United Nations system. He is the author of many papers and books related to economics. His current interests lie in global development and Sino-U.S. links, especially trade, financial and technological issues. The article reflects the author's opinions and not necessarily the views of CGTN.

After two weeks of climate talks at the COP26 summit in Glasgow, Scotland, the first major climate meeting since more than 190 nations and regions signed the Paris Agreement in 2016, negotiators are grappling with two fundamental problems: a pledge by all parties to reach the "net zero" target by some future date and a pledge by developed countries to pay poor countries for more carbon dioxide reductions.

The United Nations says that governments' current emissions-reduction plans would allow for more global warming, about 2.7 degrees Celsius, than the target set by the Paris Climate Accords which is well under two degrees Celsius and striving for 1.5 degrees Celsius by the end of the century compared with the pre-industrial era.

The UN also points out that some of the biggest economies, like the U.S., aren't on track to put in place climate policies needed to meet their targets, while India is prominent by giving a slower than expected deadline of 2070 for slashing its emissions.

Developing countries are demanding that wealthy nations pay them at least $1.3 trillion annually starting in 2030. However, the first pledge of $100 billion a year from 2020 through 2025 made by rich countries in 2009 still hasn't been honored.

Given the difficulty of getting through the voluntary commitments of all parties, market-based government policies are sensible outlets, such as carbon pricing everywhere (via a cap-and-trade system or a carbon tax), instead of subsidies, mandates or prescriptive regulatory rules. They have the potential to foster meaningful emissions reductions across the globe in a most cost-effective way.

It is reassuring that climate negotiators have revived a long-stalled process toward a deal aimed at establishing the foundation of an international carbon-trading system.

Since 2005, some governments have introduced mandatory carbon markets for some industries, including the European Union (EU), California and some cities of China, where companies can trade so-called carbon-offset credits. In general, those markets have been criticized for lacking consistent standards and oversight, among others.

Since July, at least three important developments have occurred. The EU has taken the lead in carbon tariffs, followed by the U.S., while China has launched the largest carbon trading market in the world. 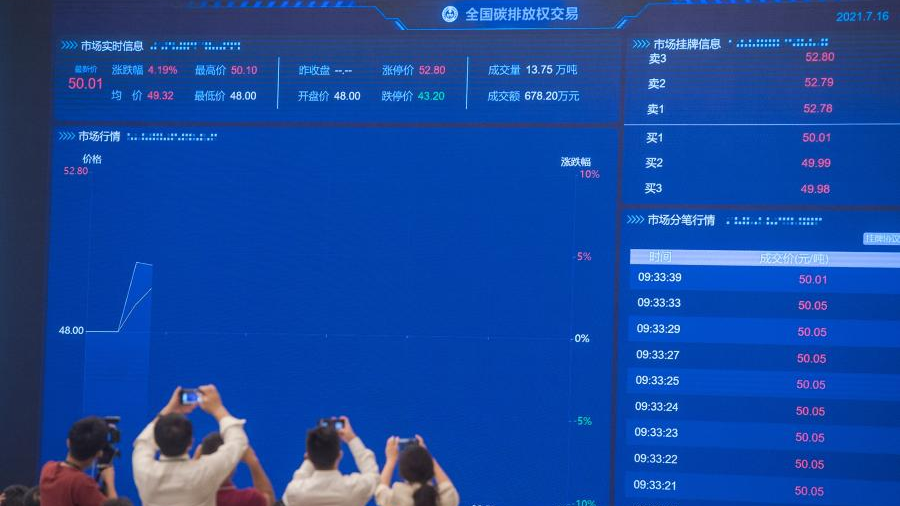 The CBAM is said to level the playing field, by withdrawing free allowances for producers in these sectors while import tariffs on these products will be levied between 2025 and 2035 based on their carbon content, by virtue of having been produced outside the EU and not subject to its ETS.

On October 30, the U.S. and EU unveiled a steel trade agreement to be implemented in about two years. Carbon tariffs on imported steel will be levied, aiming to "restrict access to our markets for dirty steel from countries like China and counter countries that dump steel in our markets," said by U.S. President Joe Biden.

Like former U.S. President Donald Trump, the EU and U.S. now want to blame foreigners for global warming by threatening to levy carbon tariffs, without seriously taking their responsibility for the bulk of greenhouse-gas emissions, which have accumulated in the atmosphere and caused warming over decades.

Carbon tariffs, also called border adjustments, are a fallback measure in terms of protectionism in disguise, with governments designing them to benefit domestic industries, rather than level the playing field for domestic companies and encourage trading partners to toughen their own emissions rules as claimed.

Foreign firms would have to undertake detailed but complex carbon audits to report emissions to EU and U.S. regulators, and then would have to work out what proportion of the emissions attributable to exported goods already were covered by carbon taxes elsewhere. Consumers will be forced to pay more for imports and domestic goods.

Also, carbon tariffs are against a key principle of the Paris Climate Accord that poorer nations should bear less of the burden for cutting emissions than Europe and other rich countries. Manufacturers across the developing world usually relying on coal-fired electricity would likely face a significant carbon bill on their exports to the EU and the United States.

Compared with such administrative measures as carbon tariffs, a carbon market as a market-based emissions reduction tool has an incredible advantage of realizing the optimal allocation of resources and guiding companies in their low-carbon transformation through price signals formed by the market.

China is leading the way towards a sustainable future for mankind through launching the largest carbon trading market in the world.

The initial phase of China's national carbon market includes over 2,000 power companies that account for approximately 6 percent of global emissions and more than one fifth of China's entire emissions. It will be scaled up to include multiple industries and more trading entities over time, especially steel, cement, and other industries as well as methane and other greenhouse gases.

At present, the allowances are allocated for free, and there is no hard emissions cap like the EU's ETS. China's national carbon market will gradually tighten the total quota and start selling allowances (as opposed to free allocation now). Once allowances have been run up, companies have to purchase permits to emit, pushing carbon prices up.

To improve market liquidity and smooth fluctuations of carbon prices, carbon financial derivatives will be introduced that help guide the formation of effective carbon prices and financial institutions are encouraged to design carbon asset-backed loans and other related financial products.

A UN deal is needed soon to set up a framework that defines rules for international emissions trading. Countries that emit more carbon than their UN commitments could buy credits, or invest in projects abroad to generate credits that can be used at home. Carbon credits would accrue to countries or companies that finance emission-reduction projects.

Within a globally recognized emissions trading system linking up with other markets, governments and private-sector can transfer or trade credits among themselves.