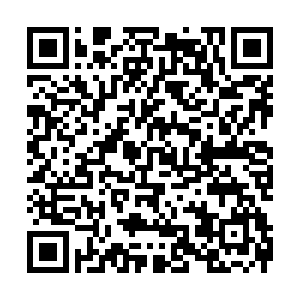 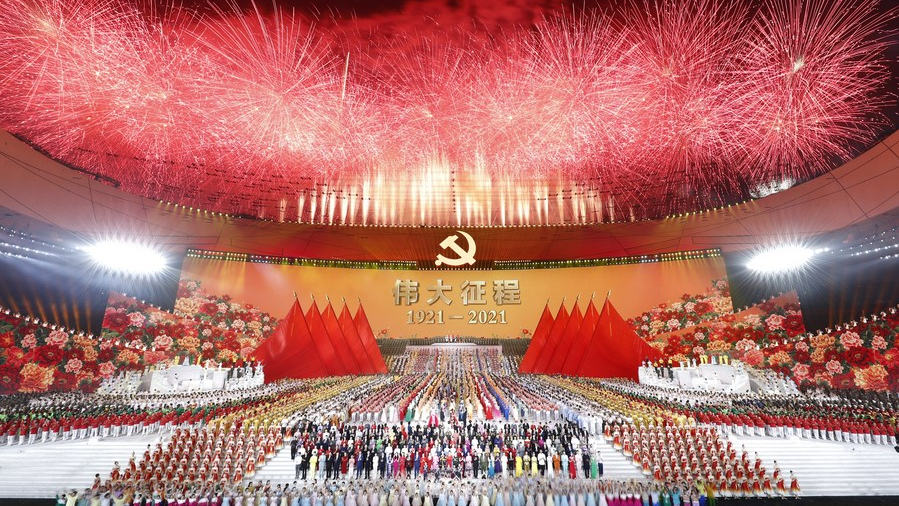 An art performance titled "The Great Journey" is held in celebration of the 100th anniversary of the founding of the Communist Party of China (CPC) at the National Stadium in Beijing, capital of China, on the evening of June 28, 2021. /Xinhua

An art performance titled "The Great Journey" is held in celebration of the 100th anniversary of the founding of the Communist Party of China (CPC) at the National Stadium in Beijing, capital of China, on the evening of June 28, 2021. /Xinhua

The 19th Central Committee of the Communist Party of China (CPC) convened its sixth plenary session in Beĳing from November 8 to 11, 2021. At the session, the Central Committee adopted the Resolution on the Major Achievements and Historical Experience of the Party over the Past Century.

As stated in a communique released after the meeting, since its founding in 1921, the Party has made seeking happiness for the Chinese people and rejuvenation for the Chinese nation its mission. It is of great significance for us to comprehensively understand the CPC, a mission-oriented party, and its great cause.

The modernization of every country cannot be separated from the organization and guidance of a major driving force. Over the past 100 years, the CPC has played such an important role in uniting and leading the Chinese people through arduous challenges to epic accomplishments. All the struggle, sacrifice and creation in this process are aimed at one theme: fulfilling the Chinese dream of national rejuvenation.

On the road to achieving national rejuvenation, the CPC has successfully overcome countless difficulties and managed to realize incredible miracles, from ending the disintegrating and chaotic situation of old China to leading 56 ethnic groups to work tirelessly to build their homeland, solving the problem of food and clothing over 1.4 billion people to lifting over 770 millions of people out of poverty and rapidly developing industrial construction and the pioneering position of big data and artificial intelligence technology. 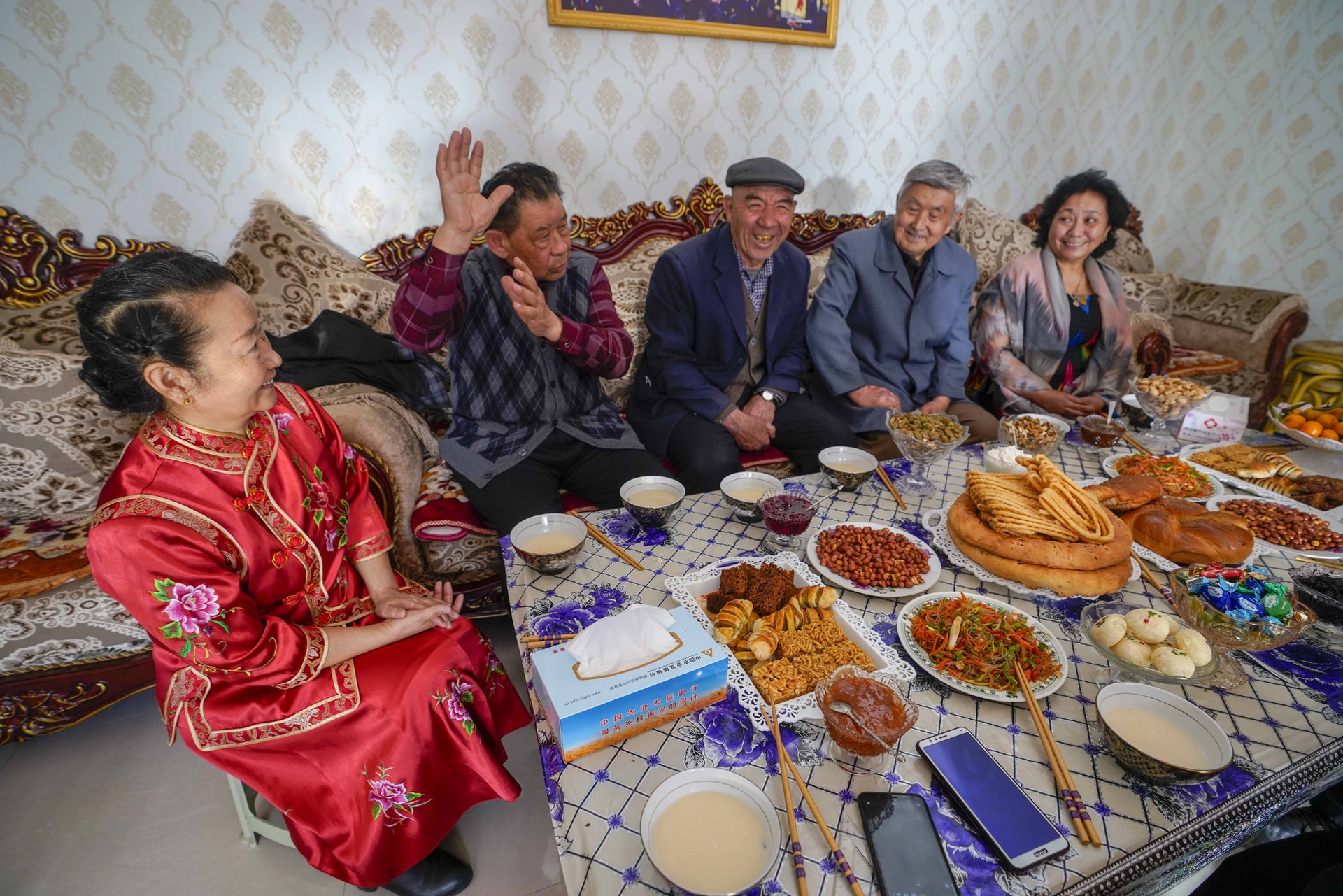 These real stories and changes have fully demonstrated the responsibility and competence of the CPC as a mission-oriented party, a political party founded to realize its political ideals by creating a new political order and state upon a certain ideology, often through political and social revolution. It is completely different from "election-oriented" parties in some Western countries that pursue their interests through parliamentary politics and election campaigns.

Although the CPC has been emphasizing its status as a ruling party in the era of reform and opening-up, it continues to lead the social revolution in the broad sense. As Chinese President Xi Jinping has stressed, the people's aspirations to live a better life must always be the focus of the Chinese Communists' efforts. The CPC retains its revolutionary spirits and mission to rejuvenate the Chinese nation and build China into a great modern socialist country.

As mentioned in the communique, this year marks the 100th anniversary of the CPC, which provides a great opportunity to review the Party summarized 10 valuable historical experiences accumulated and gained through long-term practice in this session, namely upholding the Party's strength to retain its advanced and pioneering nature. All of them are interconnected and associated with the original aspiration and the mission of the CPC, which is to seek happiness for the Chinese people and rejuvenation for the Chinese nation. To fulfill its mission, the CPC has developed a series of mechanisms and valuable experiences along the road, which has been stressed in the resolution passed in the sixth plenary session.

On the other hand, the experience of the CPC could also be an honest sharing or a kindly reminder for other political parties that hope to make a difference in their own countries. For instance, "putting the people first" is not political rhetoric to the CPC but a serious commitment. Once encountering crises and risks, the CPC and its party members always spare no effort to fulfill the promise. In 2020, facing the sudden outbreak of the coronavirus, the CPC has played its core role of providing overall leadership and coordinating the efforts of all involved. The CPC put protecting the people and human life above everything else and promptly launched a people's war against COVID-19.

In today's world, the external environment has grown increasingly complex, and the rejuvenation of the Chinese nation is at a critical moment. The CPC needs to cherish and uphold its historical experiences and continue to enrich and develop them in the new era. Along the road, the Party's experience and wisdom must be heeded and faithfully carried forward to ensure that the CPC can act with greater resolve and stay true to its founding mission.

The national rejuvenation is a great cantata of all Chinese people, which requires a responsive and responsible conductor with firm leadership. As a mission-oriented party, the CPC has been and continues to be the backbone of the nation to achieve its national rejuvenation.