Download
Expert: Development of the metaverse must be demand-oriented
By Cao Qingqing 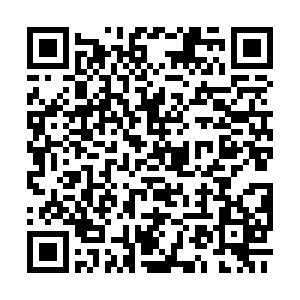 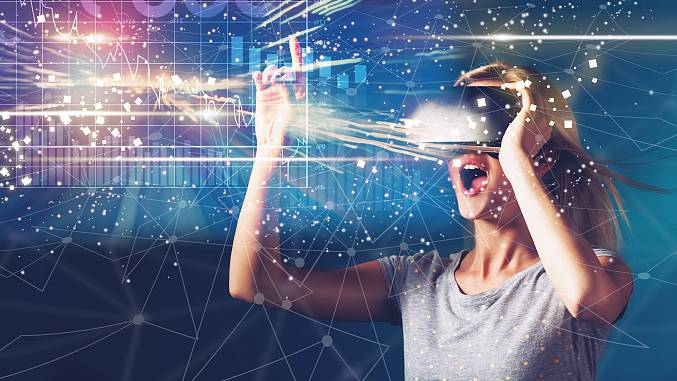 The term "metaverse" is the latest buzzword to capture the tech industry's imagination, especially since Facebook renamed itself to Meta last month to signal its business shift.

Mark Zuckerberg, CEO of Meta, described it as a "virtual environment," where people can go inside instead of just looking at it on a screen. They can meet, work and play in the digital world, using virtual reality (VR) headsets, augmented reality (AR) glasses, smartphone apps or other devices.

It all sounds futuristic, exciting, and also a bit scary to many if it's leading to a world as the one envisioned in the 2018 American science fiction movie Ready Player One, in which people in 2045 seek to escape from the real world through the VR entertainment universe called the OASIS.

To be clear, no one knows yet what the metaverse will look like, as the whole concept is still in the early period. But its development must be demand-oriented, Shen Yang, a researcher at Tsinghua University who follows the emerging realm very closely, told CGTN.

Tech giants including Meta, Microsoft and Nvidia are betting big on metaverse and exploring various products to be applied in different scenarios.

"But no matter what concepts these products are based on, ultimately, they must meet people's demands. Products that do not meet customers' needs will definitely be eliminated by the market," the expert said.

Which areas will see applications of the metaverse first?

Over the next few years, in addition to video games, there will be continuous development in the applications of metaverse in digital factories, cultural and tourism sector, and education, Shen said.

He sees great potential in its application in manufacturing, which has long had the concept of a "digital twin" of physical facilities.

Manufacturing is an incredibly complicated process. With a virtual space to run simulations of a factory's production process, company managers can identify and analyze how the work can be done more efficiently and safe, without testing the changes physically, according to the expert.

It is reported that German carmaker BMW has simulated one of their manufacturing facilities to plan their production process more accurately.

Besides, engineers can build a model of a component in the virtual space, and enter its inner structure for observation and optimization before it can be produced in the physical world, he said.

In the cultural and tourism sector, the applications of metaverse will flourish in the next few years, he predicted.

"When we travel, we want to see culture and lands far away. And the metaverse can expand the time and space we experience. Through it, we can see people from ancient times in our physical world, a world where the real and the virtual blend," he said.

"For example, you may like Li Bai, the poet of the Tang Dynasty (618-907), and you can only read the poems he wrote. But with the metaverse, you will be able to drink liquor with his avatar in the virtual world," he explained, adding it will greatly enhance the fun and immersive experience of scenic spots.

Meanwhile, the metaverse will also allow people to "travel" around the world using VR devices without leaving their homes, which could be attractive to many, he said.

For the education sector, the metaverse will make teaching much more vivid and fun, he believes.

"Suppose we are teaching about the sun today. What does the surface of the sun look like？Previously, we show it through a video. But now, we can create a virtual sun in the metaverse, and the students can directly see the surface of it. Besides, we can also walk closer to or farther away from the sun to observe how the visual effect changes when we change our positions," he elaborated.