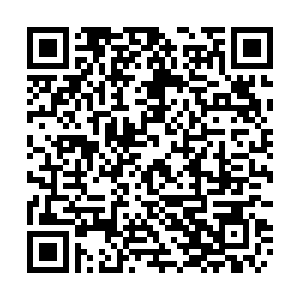 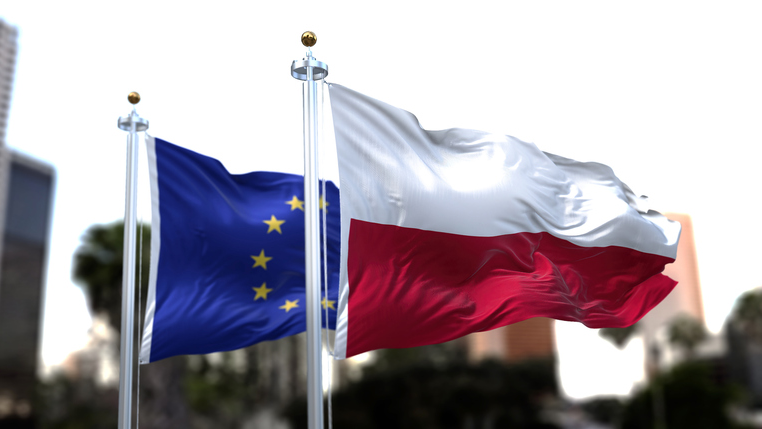 The flags of the European Union and Poland flutter in the wind. /Getty

The flags of the European Union and Poland flutter in the wind. /Getty

The European Union has found itself facing a considerable threat lately. The threat on this occasion is not COVID-19, rising inflation or protracted negotiations with the United Kingdom over Northern Ireland but rather one of mounting "sovereignism."

Poland has, among other nations incurred the wrath of the European Commission over a European Court of Justice (ECJ) ruling which found that the judicial disciplinary court of the Polish justice system was in violation of European law. This sparked a furious backlash over the sovereignty and primacy of the Polish constitutional court over the ECJ.

Responding to the Poland's obstinacy, the European Commission is beginning a process of withholding EU funding. Although talks continue, EU justice commissioner Didier Reynders confirmed that letters have been drawn up which commission president Ursula von der Leyen played down as "letters to ask for information, or questions necessary to be asked" but which constitute the first step in so-called "conditionality mechanism" which would result in the withholding of EU finance.

Much has been made of the prospect of a "Polexit," however, this is more a case of press frenzy than fact. Speaking to the Financial Times, Catherine de Vries, professor of political science at the University of Milan, argued, "The Polish government, even now, is not necessarily portraying a clear image as to what it wants, because if you think about the kind of Polish-Belarus border problem with the issue over migrants on that border, actually, Poland is calling for member states to support Poland and defending the EU. … So in that way, I think they're being very clear in saying that it's not a Polexit. It's not that we want to leave the European Union, we are within Europe but we need to have a discussion about how far the legal order can go."

Here lies the heart of the issue, the extent to which the ECJ can override the sovereignty of member states, but also the evenness in which rulings by sovereign constitutional courts are received. As Poland is keen to point out, the German constitutional court also ruled against the EU over its bond buying program but did not feel the same wrath.

Recognized in the Economist is the uncomfortable reality however that "No one doubts the independence of Germany's constitutional court. No one believes in the independence of Poland's." To have such a duality in relation to two member states though is surely untenable and is necessitating such a response from the EU to avoid threatening the very integrity of the Union.

However, the animus toward ECJ overreach in relation to national sovereignty is being felt in other, more moderate nations. Just as Poland's prime minister vowed to "defend our rights with any weapons which are at our disposal," politicians in France are also looking to defend their sovereignty. 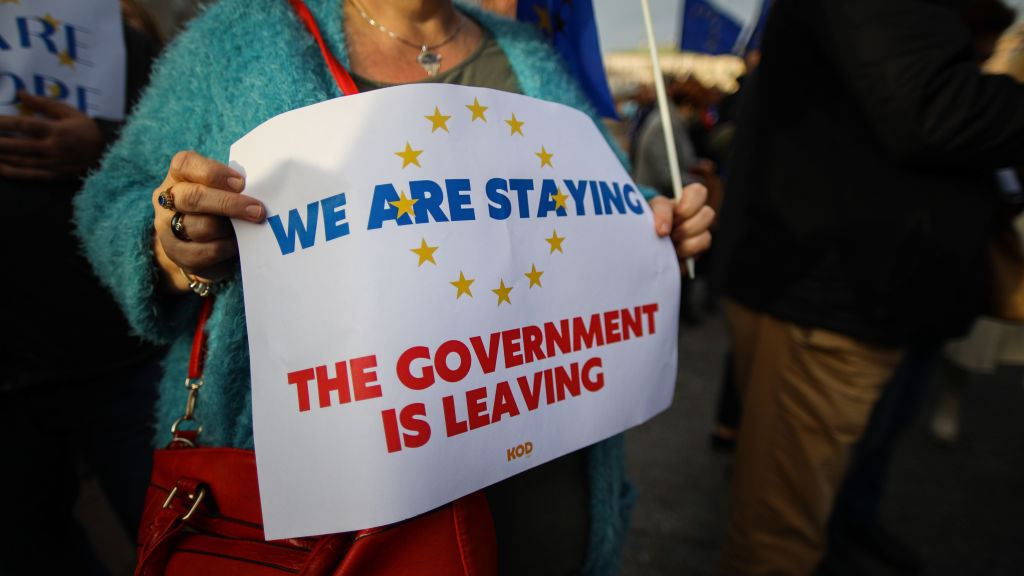 A protester holds a placard saying "We are staying, the government is leaving" during a demonstration that thousands of Poles took part in in support of Poland's membership in EU and against government policy after the Polish Constitutional Tribunal ruled on the primacy of the constitution over EU law, Krakow, Poland, October 10, 2021. /Getty

A protester holds a placard saying "We are staying, the government is leaving" during a demonstration that thousands of Poles took part in in support of Poland's membership in EU and against government policy after the Polish Constitutional Tribunal ruled on the primacy of the constitution over EU law, Krakow, Poland, October 10, 2021. /Getty

French presidential candidate Arnaud Montebourg wrote in a statement that "Poland's affirmation of its national sovereignty through the law is an important event. France, which doesn't share Poland's political leanings, will nevertheless have to carry out the same affirmation of the superiority of its laws over European decisions."

In a major challenge to the status quo, a recent Harris Interactive poll found that candidates embracing the notion of French sovereignty account for 65 percent of public support both from left- and right-wing candidates.

During the Brexit referendum, the ECJ was also a key issue and continued to be so as Brexit negotiations continued. Representing the EU's position on the matter was Michel Barnier who has now joined the ranks of French presidential hopefuls.

Barnier's position is particularly striking as the EU insider is now calling for French sovereignty over immigration law "so as no longer to be subject to the ruling of the ECJ or European Court of Human Rights," without this, Barnier argues, there would be "other Brexits."

The major challenge to the EU as an institution is summarized by Poland's prime minister, "We are absolutely convinced that Poland has to stay… There are no risks of a Polexit. We will fiercely defend Poland as part of the EU."

Unlike the UK therefore, who disagreed and left the bloc, many nations appear now to be revaluating the federalist model in favor of Charles de Gaulle's vision of a "Europe of nations." Convinced of the economic benefits but increasingly wary of the judicial strings that come with it.