Download
The golden equation of CPC and the people
Adham Sayed 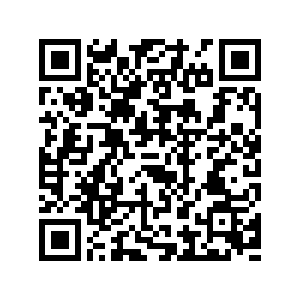 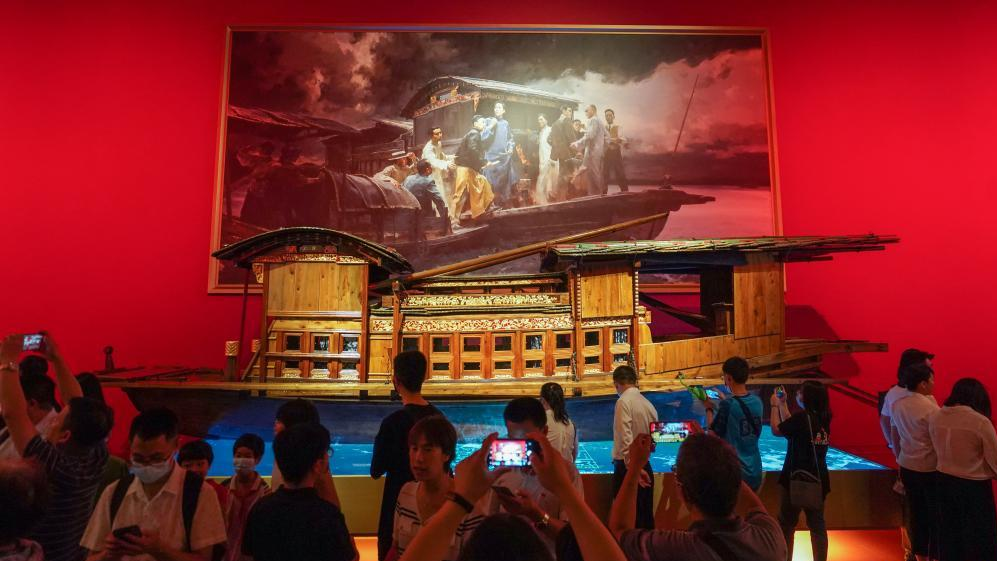 People visit "the Red Boat" in the Museum of the Communist Party of China (CPC) in Beijing, capital of China, July 15, 2021. /Xinhua

People visit "the Red Boat" in the Museum of the Communist Party of China (CPC) in Beijing, capital of China, July 15, 2021. /Xinhua

Editor's note: Adham Sayed is an Assistant Professor and Researcher with the China-Arab BRI Research Center at Zhejiang Gongshang University. The author of the book "This is How it was in Wuhan, Diaries of Quarantine Days". The article reflects the author's opinions, and not necessarily those of CGTN.

When a revolution rises, it does not stop after destroying the old world, but it continues to the most important part, building a new and better world that is consistent with its goals and morals. It is the fundamental criterion for assessing the success of the revolution. Therefore, we must look not only at the historical moment in which the revolution started but at its future. We can learn from history that many revolutions began as promising and progressive and ended up being hostile to the people.

Let's not spend too much time talking in abstracts; perhaps there's no better example of historical revolutions than the Chinese revolution led by the Communist Party of China (CPC).

Two weeks ago, I attended an economic conference in the city of Jiaxing in east China's Zhejiang Province. This small city is considered one of the most important cities in the history of the CPC, where the first congress of the Party was completed in 1921 after the meeting was moved from Shanghai due to harassment by the French occupier. The conference was completed on a small boat. It was later called the "Red Boat."

Walking inside the huge building that was designed as a museum commemorating this very important meeting, you must feel the "Red Boat spirit." I contemplated this feeling and thought to myself, does it come from the brilliance of the designer or the passion for learning more about the path of this Party that led China from a poor, economically backward country, to one of the most important economies in the world, if not the most important one.

In addition to this continuous economic growth, the people's standard of living has increased significantly. This is something you can only see if you live in China, adding to it, the economic indicators issued by most competent authorities. Even the most obvious and widespread phenomena are nonexistent in China, like homeless people on the streets or the lack thereof.

And if we go to the question of the population, the streets were supposed to be full of beggars, but very rarely do I see a beggar in the streets of Chinese cities, at least in the cities I've visited so far.

Back to the Red Boat Museum. Hundreds of documents, information, and photos tell the story of the founding of the CPC. In one of the rooms, a 3D model of the Red Boat was built. The scene of the meeting that took place inside the boat, which included 13 young Chinese communists, was re-enacted using modern technologies. Among them is Mao Zedong.

The characters in front of me looked very real, and the sound and visual effects in the room transported me to the historical moment and place with these young, with all the sacrifice, vigor, enthusiasm, and hope for change. The only difference is that I lived to see their dreams coming true, so I'm more and more moved and inspired by their legendary story.

Speaking of dreams, they are the first motive of any revolutionary. These thirteen young men were dreamers of a better tomorrow for their people and the whole world. This dream is the starting point of the struggle. And it can only become a reality through struggle.

At the end of the presentation, Mao Zedong stands to read the decisions of the congress. Immediately, the atmosphere becomes more enthusiastic. He announces the name of the Party and then its goals. "The original mission of the CPC is the happiness of the Chinese people and the rejuvenation of the Chinese nation," he says.

At that moment, involuntarily, to the music of "the Internationale," I found myself raising my left fist and singing the anthem in Arabic. In those few moments, a hundred years passed in front of my eyes, from the time Mao uttered those words until the day we celebrated victory over the pandemic in Wuhan, where I lived.

A path of many triumphs that goes through the Long March that changed China forever, which was proof that the fight for the righteous cause must end in victory; the three revolutions that followed the declaration of establishing the People's Republic of China can be summed up in the following titles; the first revolution has witnessed the stage of total liberation from colonialism and obtaining real independence, that is, political, economic and social independence, and thus began the stage of building a new China.

The second revolution, which was represented by the slogan "reform and openness," was built on economic and political independence that was achieved in the first revolution, and it can be said that without that stage, China would not have chosen its path of development, this is considered one of the most important reasons for its success during the development journey.

As for the third revolution, it is the beginning of reaping the great achievements, that is, socialism with Chinese characteristics in the new era, its most important aspect is the shift towards a high-tech economy, advanced technology, pioneering infrastructure, and most importantly, the stage of eliminating extreme poverty and achieving the goals of the first centennial.

As for Wuhan, since March 18, 2020, when the last infection with the coronavirus was recorded during the first wave, I used to go every morning to the gate of the apartment complex to ask volunteers from the CPC members and residents if it was allowed to go out hoping that it will be the last day of the lockdown, but every time the answer came back - "not yet." 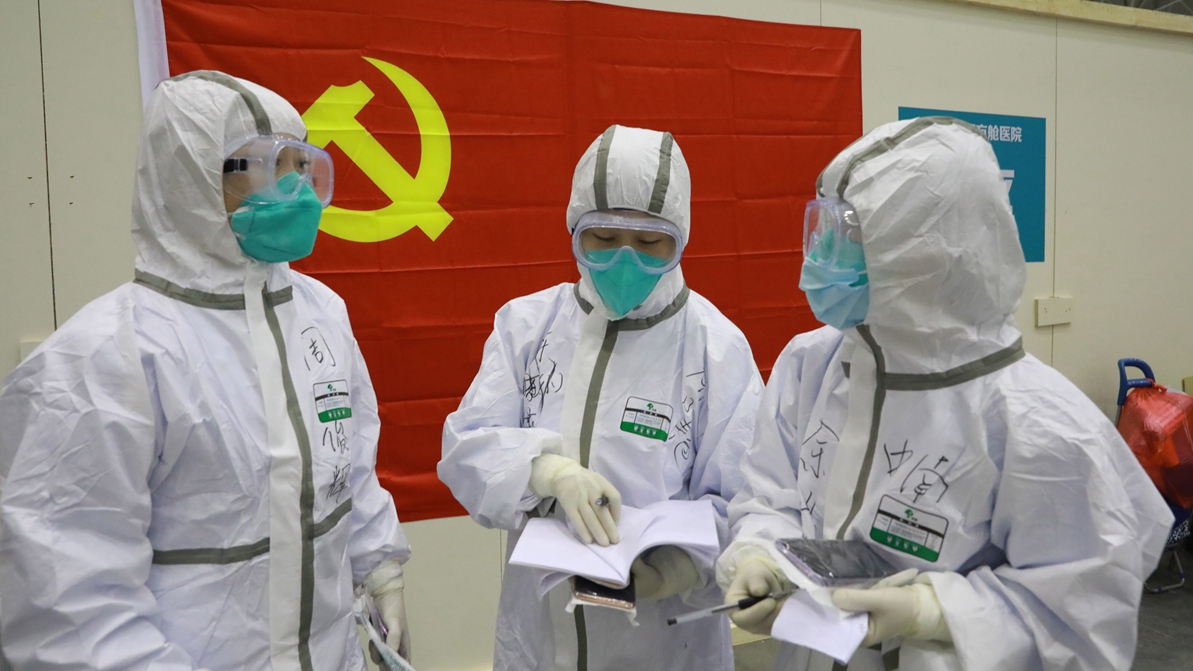 On March 30, 2020, a man in his 50s told me, with a laugh-filled with fatigue, that resembles nothing but the laughter of a warrior who fought fiercely in the battle, and after the victory, he laughed with blood and bruises covering his body, "Spring has come in Wuhan."

That day, as I walked outside the compound, I was actually flying off the ground. I wasn't only happy because life was returning to normal, but also because in that city, we fought with determination, and we earned this victory.

On that day, I felt the same feeling as when I was standing in front of the Red Boat. Or maybe it was the other way around; that feeling I had when I laid my eyes on the Red Boat was filled with all the greatness and power of those young men riding on that boat.

The only thing I wanted was for them to be here now, they would've been proud to see their decisions and dreams come to life. They would've seen how important it was for China to have a Communist Party, and how its people, after a hundred years, are still coming in the first place.

For the Party to survive for a century, many factors determine its longevity, most importantly is earning the people's trust. Trust is a very complex topic with many layers and factors. It doesn't come easily. In order for the people to trust you, you must review yourself, learn from your mistakes, and make plans, and make the people's well-being and happiness the driving force of all your actions.

After the resolutions of the sixth plenary session of the 19th Central Committee of the CPC were announced, which included a historic resolution on evaluating the Party's performance over the hundred years, I told my students, this meeting will have a lasting impact for the next hundred years.

When they asked about the reason, I answered that the Party that constantly revised itself would survive anything. Self-examination and science-based review are the key components for the Party to go on making short and long-term plans, giving the leadership in China a feature that we miss outside this country. Exclusively in China that you can find five years plans, and others for the next hundred years.

There are dozens of examples from the journey of the CPC, which played a key role in its continuation for a hundred years. But I would like to emphasize the example that we are experiencing today.

China would not have been able to control the COVID-19 pandemic had it not been for the lessons learned from controlling the SARS virus in 2003 and the instructions carried out by the authorities and the scientists. After asking questions, lessons were deduced; therefore, the necessary plans were developed to confront any upcoming emergency.

The lockdown of Wuhan was not pointless, everything was planned, and every sector was sticking to its role, for instance, the hospitals that were built in record time, which was also one of the lessons we took from the 2003 crisis. It was all for the sake of the people.

Here we are back to our equation. For the Party to continue, it must gain the people's trust, and this trust does not come from nothing, but from working and striving for a better tomorrow.

Do people trust the Party? Let me answer in the following way. A few months ago, I published an article in which I mentioned a study saying that people's trust in the CPC grew from 89 percent in 2003 to 93 percent in 2016.

And I am sure if a new survey was conducted, we would find that the people's trust increased even more after all the efforts to control the virus. Indeed, such a study was conducted (April 2020), and it proved that the confidence of Chinese citizens in the government rose to 98 percent.

This is the golden equation that governs the Party's relationship with the people, and this is how the Party lived for 100 years. Armed with the same equation, it will live for another hundred, and even more.