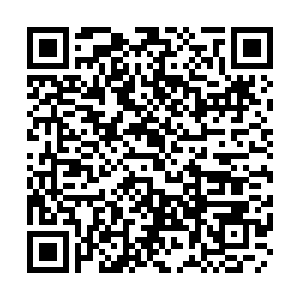 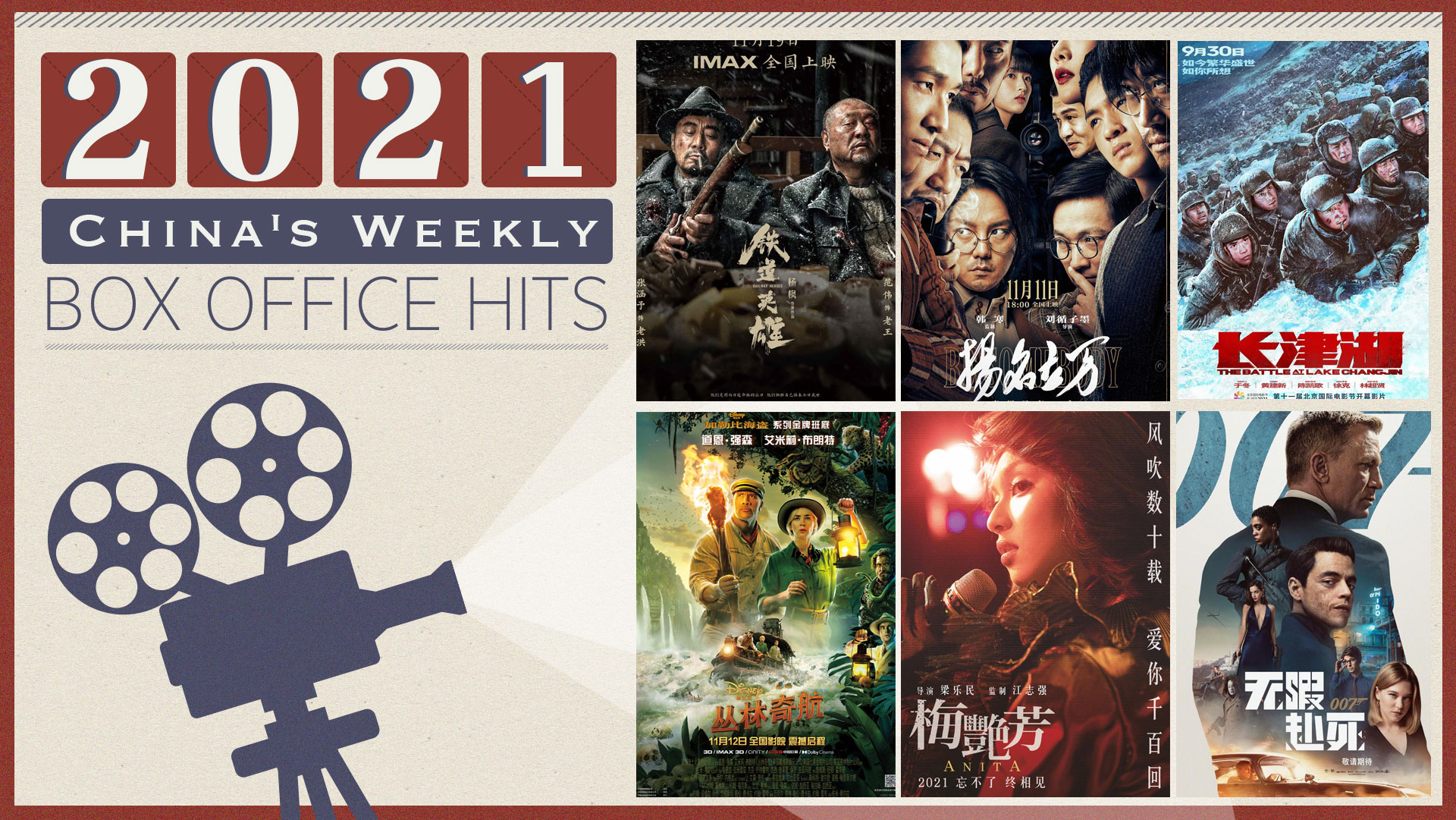 Black comedy "Be Somebody" seems to have greatly amused Chinese moviegoers, taking the top slot at China's box office in the past week (November 8-14) with more than 139.4 million yuan ($21.9 million), according to box office tracking platform Maoyan.

The crime movie, directed and co-written by Liu Xunzimo, concerns a group of frustrated filmmakers who gather to make a new film about a notorious criminal case without realizing that the killer is among them.

Starring a strong ensemble of veterans and rising comedians such as Yu Entai and Yin Zheng, it premiered on November 11 and had raked in 166.2 million yuan as of Tuesday.

Coming in second with about 55.7 million yuan in ticket sales was "No Time To Die," Daniel Craig's last James Bond movie. Since opening on October 29, the 007 adventure has garnered a cumulative gross, or cume, of 373.4 million yuan in China.

In third spot was domestic war epic "The Battle at Lake Changjin," having pocketed a further 51.2 million yuan in its seventh week of screening, bringing its cume up to 5.64 billion yuan to become this year's highest grosser worldwide so far. 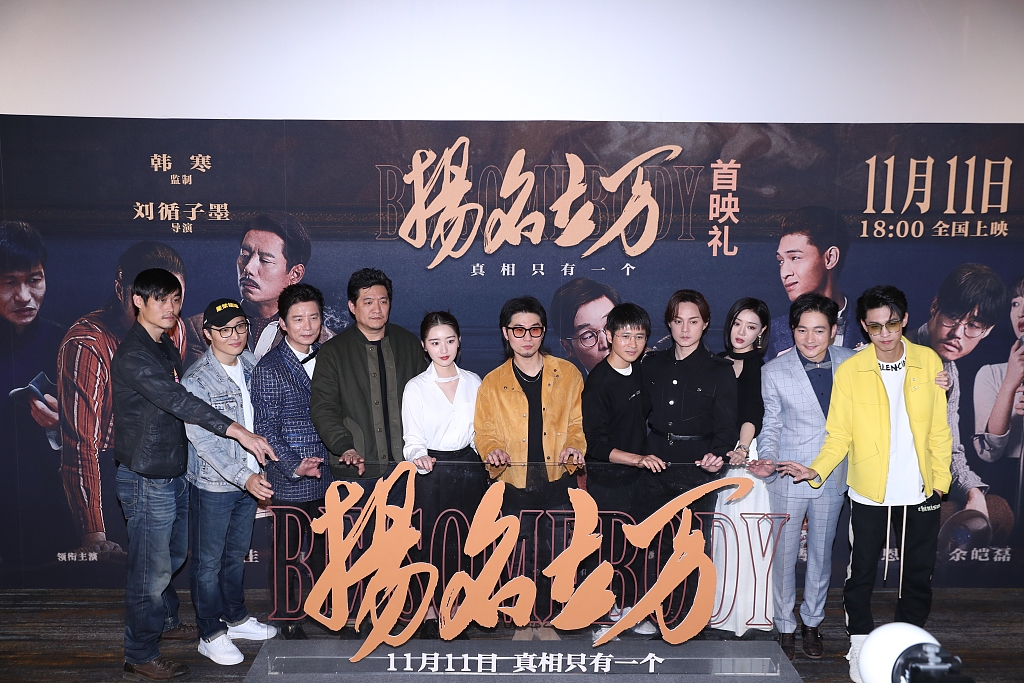 The cast of the film "Be Somebody" attend the film's premiere in Beijing, China, November 9, 2021. /CFP

The cast of the film "Be Somebody" attend the film's premiere in Beijing, China, November 9, 2021. /CFP

The film spotlights a courageous battle by the Chinese People's Volunteers during the War to Resist U.S. Aggression and Aid Korea (1950-1953), and features a strong cast, including renowned actors Wu Jing and Zhu Yawen, and rising star Jackson Yee.

Another new release last week was the highly anticipated "Anita." The biopic, recounting the story of legendary Hong Kong singer and actress Anita Mui, took fourth place at the box office with a three-day gross of 39.4 million yuan.

Directed by Longman Leung and starring Louise Wong, the movie follows Mui's life from her childhood until her death in 2003, prompting feelings of nostalgia for generations of viewers.

Disney's adventure fantasy "Jungle Cruise" followed with 20.7 million yuan in sales during its opening week. The title opened in the U.S. and on Disney+ in late July and had grossed $213 million worldwide as of Tuesday, according to data from Box Office Mojo.

Directed by Jaume Collet-Serra and inspired by Disneyworld's eponymous theme park ride, the film, starring Dwayne Johnson and Emily Blunt, follows a wisecracking skipper and an intrepid researcher on a quest to discover an ancient healing tree deep in the heart of the Amazon jungle. 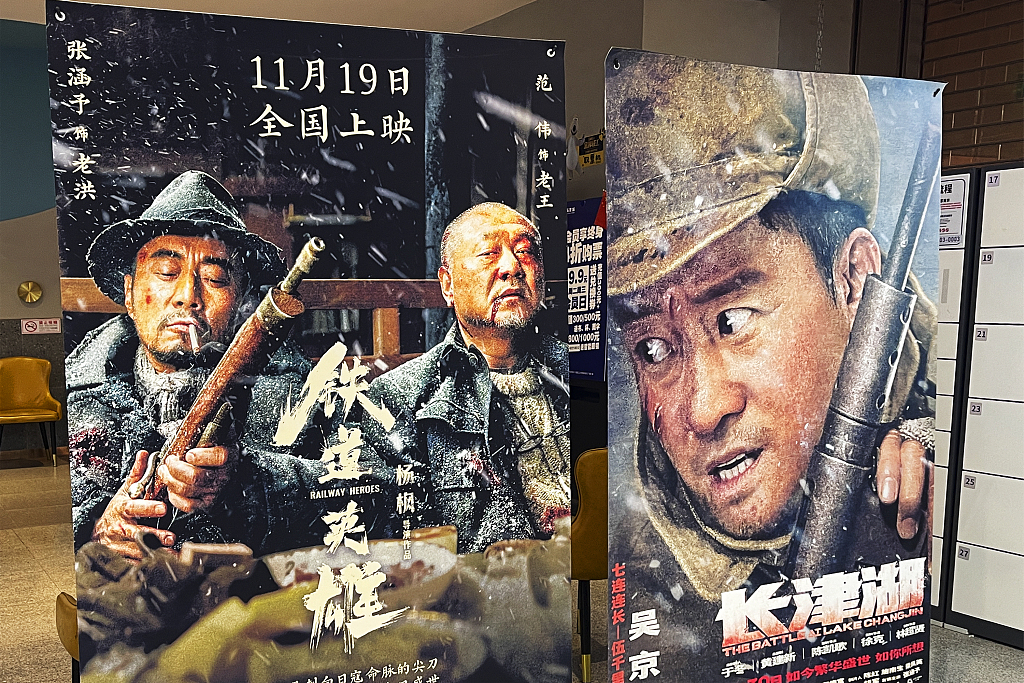 Posters for the films "Railway Heroes" (L) and "The Battle at Lake Changjin" are seen at a cinema in Beijing, China, October 20, 2021. /CFP

Posters for the films "Railway Heroes" (L) and "The Battle at Lake Changjin" are seen at a cinema in Beijing, China, October 20, 2021. /CFP

China's 2021 box office revenue surpassed 43 billion yuan (about $6.7 billion) over the weekend, with Spring Festival hits "Hi, Mom" and "Detective Chinatown 3" trailing behind "The Battle at Lake Changjin" in the rankings.

This year's top 10 earners so far include eight domestic productions as well as two Hollywood blockbusters, "F9: The Fast Saga" and "Godzilla vs. Kong," ranking fifth and eighth respectively.

More titles of different genres from home and abroad are set for release in the following weeks, including the action-packed war picture "Railway Heroes," which is set to open on November 19.

Starring veteran actors Zhang Hanyu and Fan Wei, the film is based on true stories about a group of brave ordinary people who fought during the Chinese People's War of Resistance against Japanese Aggression (1931-1945) and defended their homeland.

Also on the slate are domestic thriller "Door Lock" and Pakistani animated comedy film "Donkey King," which are set to hit cinemas this Friday.